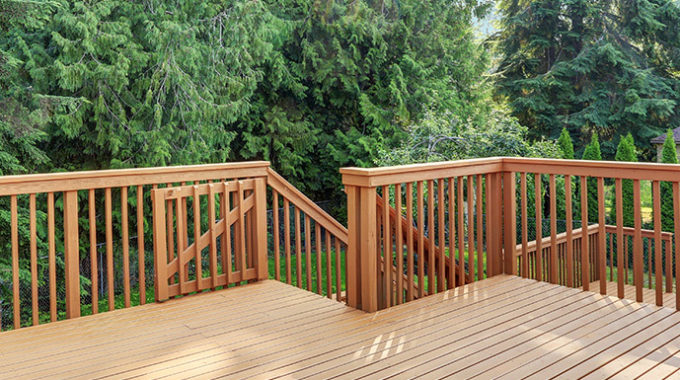 Q I hired a contractor to add a deck to my house. The workers have completed the deck surface and are ready to install the railing. Should I make the bracha of la’asos ma’akeh before they begin?

A Like most mitzvos, that of erecting a ma’akeh (fence) requires a bracha. Although some Rishonim maintain that ma’akeh requires no bracha because it has an associated mitzvas lo sa’aseh, the accepted view is that of the Rambam (Hilchos Brachos 11) that a bracha is recited (R’ Akiva Eiger on Shulchan Aruch C.M. 427). The wording of the bracha is “asher kideshanu…la’asos ma’akeh.”

If the fence is constructed by someone other than the homeowner, the builder makes the bracha, because he is the one performing the mitzvah. In that case, the text of the bracha is “asher kideshanu…al asiyas ma’akeh.”

Obviously, this applies only if the worker is Jewish; if he isn’t, some Acharonim rule that the homeowner recites the bracha, because by paying the worker for his labor it is like he constructed the fence himself (Machanei Efrayim Hilchos Shlichus 11). But this notion is a matter of great controversy among the Acharonim. The poskim therefore advise that the homeowner physically complete the construction by drilling in the final screw, before which he should recite the bracha.

Whether a deck is even subject to ma’akeh is a matter of debate: The Chazon Ish writes that a porch is not required to be surrounded with a ma’akeh because the pasuk restricts the mitzvah to a roof, which means a surface atop a dwelling (C.M. Likutim 18:6; see there for a more detailed explanation). But others, including the Steipler Gaon in a responsum, maintain that any raised surface that is frequently used, similar to the flat roof of a home, is included in the mitzvah. In practice, you should construct a ma’akeh for a deck or porch, but with regard to making a bracha, ask your rav or follow your minhag.