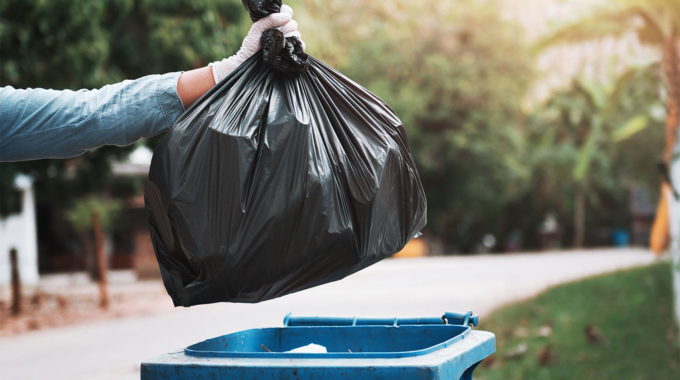 Q Before putting a garbage bag into the bin on Shabbos, may I tie it closed?

A As discussed in this forum in January, the Gemara says there are three categories of knots: Some are prohibited Biblically, some are prohibited Rabbinically, and others are permitted. There are two approaches among the Rishonim about which knots fit into which category. The Rama takes both opinions into account and only allows those knots that both permit: knots that are a) non-professional and b) meant to last a very short time.

The Rishonim debate what kind of knot is considered professional, and the Rama quotes the Hagahos Alfasi that due to the uncertainty, one should avoid any double knot. With regard to the definition of a “very short” time, the Rama cites two opinions: less than a day and less than a week. The Biur Halacha (317:4) says to be stringent except in cases of great need. Thus it emerges that double knots should not be tied or undone on Shabbos; single knots—which some consider non-professional knots and others don’t reckon as knots at all—should not be tied or undone if meant to last more than 24 hours, but if the need is great, one may be lenient with single knots meant to last under seven days.

To double-knot your garbage bag (an x over an x) would be prohibited.

Concerning a single knot (a bow over an x), the status of which is questionable, the Mishnah Berurah (317:29) rules that one must avoid it unless it is intended to stand less than 24 hours. As such, you may apply a single knot only if you intend to untie it right after Shabbos, assuming that will be feasible. Alternatively, you may close the bag with a twist tie. Although some poskim suggest that a twist tie might be like a knot, most permit it.