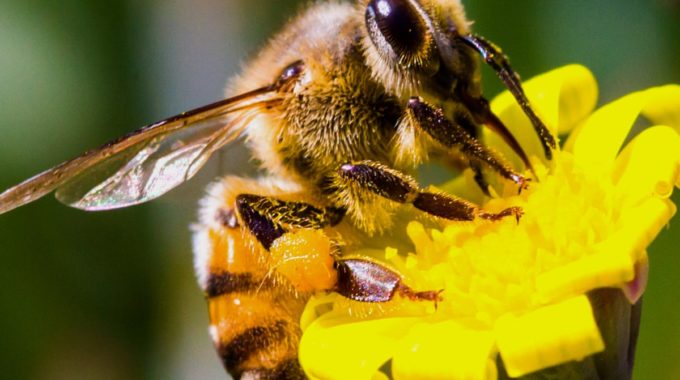 Q My son was stung by a bee on Shabbos. What may I do for him?

y  breathing, tightness in the throat or chest, severe swelling, hives, cramps, or unconsciousness), then there is danger to life and one must do whatever is necessary, as if it were a weekday. Seconds count, and one should not hesitate in any way because of Shabbos. Call Hatzolah or 911 immediately, and be ready to resuscitate if necessary.

If, as is usually the case, there is no concern of an allergic reaction, the issue is only local pain, which halacha does not consider an illness (choli) but a minor ailment (meichush). One may remove the stinger and apply ice or run the site under cold water (Shulchan Shlomo 328:37), because these aren’t considered medical treatments, but actual medical treatment is prohibited for a mere meichush; because medicine was usually made of ground herbs, Chazal were concerned that one might inadvertently grind the medication—a melacha—on Shabbos. Some explain that Chazal were particularly concerned with regard to medicine because one who isn’t feeling well is stressed and more prone to inadvertently violate Shabbos (Shulchan Aruch 328:1, Iglei Tal Tochen 16). Therefore, an adult victim may not take medication on Shabbos for a bee sting. But in a case of great pain, he may ask a non-Jew to apply medicated ointment, because amirah l’akum (asking a non-Jew to perform a forbidden act) on a d’Rabbanan (Rabbinically-prohibited act) is permitted when it is required in order to relieve great pain.

If the victim is under bar mitzvah, though, and the pain disrupts his eating or sleeping routine, an oral analgesic like Tylenol may be administered or a medicated ointment applied, because a child in considerable pain is considered a choleh for the purposes of taking medication on Shabbos (See Shulchan Aruch 328:17). One applying the ointment must be careful not to smear it on the skin, as that would violate the melacha of memacheik (smoothing).