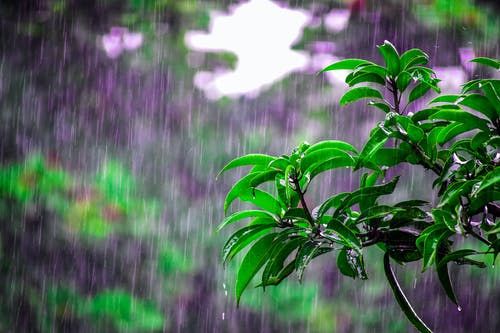 Q: I mistakenly said v’sein tal umatar l’vracha in the bracha of Bareich aleinu, although it isn’t supposed to be said for another month. How can this be rectified?

A:  If one forgets to recite v’sein tal umatar l’vracha in the winter and has already completed the bracha, he can just wait until reaching Shema koleinu and insert the words v’sein tal umatar l’vracha there. The error of omission can be easily rectified by inserting the omitted words later. In your case, however, you have the opposite problem: You made a request for rain at the wrong time of year, so you must rectify the bracha itself. How to proceed?

If you recognized the error while still in the bracha of Bareich aleinu, even after saying Hashem’s name in the concluding bracha, the Mishnah Berurah rules (117:19) that you should conclude the bracha with the words lamdeini chukecha, which is a pasuk in Tehillim, and then repeat Bareich aleinu again from the beginning with v’sein bracha. Other poskim say that reciting a pasuk in the middle of Shemoneh Esrei constitutes a forbidden hefsek (interruption). Rather, they argue, one should conclude the bracha in the normal manner and then recite it again with v’sein bracha.

If you realized the error after having already begun the next bracha, Teka b’shofar, return to the beginning of Bareich aleinu and recite it again with v’sein bracha.

We recently received a question on a related issue: A man made a bracha on milk and suddenly realized that he had eaten meat within the last six hours. Should he drink the milk, and violate the requirement to wait, or not drink it, and make the bracha a bracha l’vatalah?

Many poskim, including the Sedei Chemed (Vol. 5, p. 290), rule that if at least one hour has passed since he ate meat, he may drink the milk, as one hour suffices for waiting after meat when faced with the problem of a bracha l’vatalah (see Rama Y.D. 89:1). R’ Ovadiah Yosef (Yechaveh Da’as 4:41) holds that since according to the strict rule of the Gemara, one need only wait until the next meal to eat dairy after eating meat, he may drink the milk even if less than an hour has elapsed in order to avoid a bracha l’vatalah.