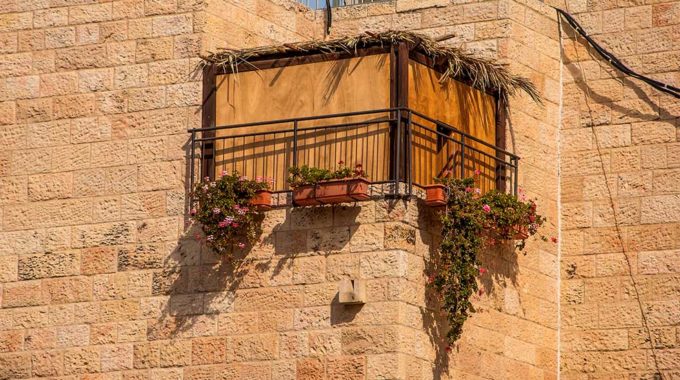 Q:  Is there something specific to have in mind when fulfilling the mitzvah of sukkah, apart from intent to fulfill the mitzvah?

A: The Torah commands us (Vayikra 23), “You shall dwell in sukkos for seven days.” According to Chazal, on the first night one is obligated to eat in the sukkah, while on the rest of the holiday one is required only not to eat outside the sukkah, though he fulfills a mitzvah by eating in it.

The Shulchan Aruch (O.C. 625) explains that when the Torah says the reason for the mitzvah is “because I placed the Jewish people in sukkos” it refers to the ananei hakavod (Clouds of Glory), and this is what we commemorate on Sukkos.

The meaning of the word “sukkos” in the Torah is actually subject to a dispute in the Gemara (Sukkah 11b): R’ Eliezer holds that it refers to the ananei hakavod (and this is codified by the Shulchan Aruch), while R’ Akiva maintains that it refers to actual sukkos, i.e., huts. The Bach comments that although we would normally rule in accordance with R’ Akiva in a dispute with R’ Eliezer, in this case we follow R’ Eliezer because Targum Onkelos translates sukkos as ananei hakavod, and Rashi and the Ramban also interpret it as R’ Eliezer. However, one could argue that the Targum cannot serve as proof that the halacha follows R’ Eliezer, because Onkelos was a disciple of R’ Eliezer and wrote his translation under the tutelage of his teachers, so it stands to reason that he would follow R’ Eliezer’s view. Indeed, the Rashbam there says that the word sukkos refers to huts, as R’ Akiva holds. The Pri Megadim (O.C. 625) cites both opinions and concludes that it is proper for medakdekim (those who are scrupulous about mitzvos) to have both opinions in mind (to commemorate both the huts and the ananei hakavod).

The Bach says there is a practical halachic difference between the two views: Because the Torah says “so that your generations will know,” one must have in mind the reason for the mitzvah of sitting in the sukkah in order to fulfill the mitzvah. This is different from other mitzvos, where thinking about the reason for the mitzvah is not a requirement (with the exceptions of tzitzis and tefillin, regarding each of which the Torah also says “so that…”) (Bach, O.C. 8:25).

This is similar to the question of Tosafos (Sukkah 9a) why a stolen sukkah needs to be specifically invalidated rather than invoking the general principle that a mitzvah haba’ah ba’aveirah (a mitzvah performed by transgressing an aveirah) isn’t valid. The Minchas Chinuch answers, though, that there is a difference: In a mitzvah haba’ah ba’aveirah, one does not fulfill the mitzvah, but neither does he violate it. But the specific disqualification of a stolen sukkah would actually negate the mitzvah and render it as if one ate in his house. Likewise in our case of not having the proper intention, one has not actually committed an aveirah.