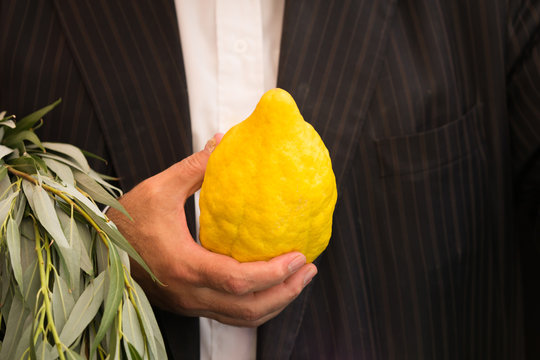 Q:  Before Sukkos, I am a seller of arba’ah minim. This year, a customer selected a shiny yellow esrog, brought it over to me, and took out his wallet. I examined the esrog, informed him that it was invalid, and suggested he choose another one. The man replied that he was a Reform rabbi and did not mind that it was invalid—he liked the way this esrog looked. Is there any problem of ona’ah (fraud) in selling an invalid esrog for $100 to a willing buyer? And is there a problem in helping a Jew to acquire an invalid esrog, and thus fail to fulfill the mitzvah and possibly recite a bracha levatalah (blessing in vain) over it?

A:  With regard to your first question, ona’ah only applies with an observant Jewish customer. It is possible that a Jew who was not raised observant (a tinok shenishbah) and did not know any better might have a different status with regard to this halacha, but that is likely not the case here. Therefore, it would be permitted to sell him the esrog at an inflated price if he desires to pay that much and does not understand that its invalid status makes it worth very little.

A mekach ta’us, a sale based on a mistaken understanding, is invalid. In this case, though, it would seem that the sale is still valid despite the exorbitant price paid, because the customer was told that the esrog was invalid and he was still willing to purchase it for $100.

With regard to the issue of causing the man to fail to fulfill the mitzvah and to make a bracha levatalah, R’ Moshe Feinstein writes that if a person rejects Hashem and his Torah, any bracha he recites is not a bracha, because a bracha must be rooted in belief in Hashem. Likewise, it would seem that any mitzvah performed by such a person is also not considered a mitzvah for the same reason. Therefore, there should not be a problem with assisting such a customer in purchasing an invalid esrog.