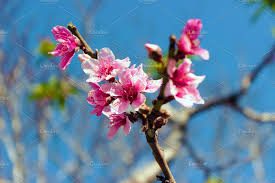 The Case of the Late Bloomer

Q: I did not say birkas ha’ilanos in the month of Nisan. May I still say it in Iyar?

A: The Gemara (Brachos 43b) and the Shulchan Aruch (O.C. 226) state that birkas ha’ilanos  is recited upon seeing fruit trees blossoming during Chodesh Nisan. There is a dispute whether that timing is a necessary condition or simply the usual case.

Some poskim rule that one should not say the bracha after Nisan in the usual way; rather, he should omit sheim u’malchus. (This is especially true according to the mekubalim, who state that the bracha benefits souls that are present in fruit groves during Nisan.) The Kaf Hachaim (ibid. 1) reports that the minhag accords with these poskim.

However, many Acharonim (including Chayei Adam 63:2 and Kitzur Shulchan Aruch 60:1) maintain that Nisan is mentioned in the Gemara only because it is the usual time that blooms appear in fruit trees, but one may still make the bracha after the month has passed.  The Mishnah Berurah (ibid. 1) follows this opinion, and presumably this is the current minhag among Ashkenazim. (Perhaps the Kaf Hachaim was reporting the custom among Sefardim.)

The Chasam Sofer (to Shulchan Aruch ibid.) says that in our Gemara’s context, “Chodesh Nisan” does not refer to the month of Nisan but to the first thirty days of tekufas Nisan, halachic spring. The first day of tekufas Nisan ranges from 27 Adar to 28 Nisan. In colder Northern climes, trees do not necessarily blossom before the month of Nisan passes. If one did not say birkas ha’ilanos in Nisan because the trees hadn’t yet blossomed, there is even more reason to permit reciting the bracha during at least part of Iyar.

Apart from calendrical considerations, once the fruit is fully grown, it is too late to say the bracha (M.B. ibid. 4). If the fruit has only begun to grow, and one did not view it previously, there is a dispute whether he may still recite the bracha. The Mishnah Berurah (ibid.) seems to rule that one may do so, but he should certainly try to say the bracha before this stage is reached.