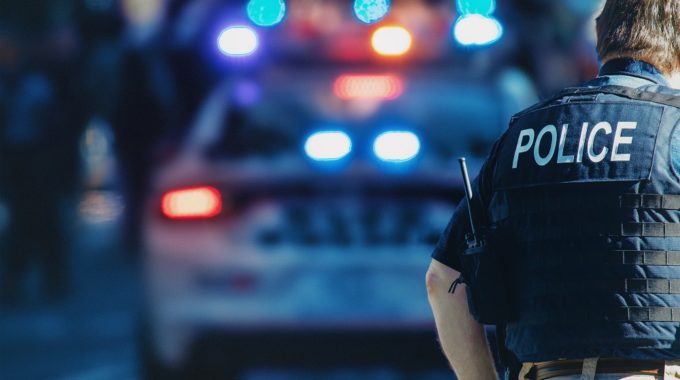 On June 12, Atlanta Police Department officers Garrett Rolfe and Devin Brosnan were attempting to handcuff Rayshard Brooks and arrest him for driving while under the influence of alcohol. Brooks wrestled with the officers, seized Brosnan’s Taser, and attempted to flee. With Rolfe pursuing him, Brooks turned and fired the Taser toward Rolfe. Rolfe then shot at Brooks three times, striking him twice in the back and killing him. Rolfe was subsequently charged with felony murder and ten other offenses.

In considering Rolfe’s possible culpability for killing Brooks, the first issue is whether the shooting was justified as self-defense. We do not consider here this specific question, but only the general question of the liability of a duly authorized agent of the state for the use of force resulting in injury or death.

Agents of the court

In the Mishnah, Abba Sha’ul rules that a father who strikes his son, a teacher who disciplines his student, and an agent of the court, who accidentally kill, are not subject to the law of exile (galus).[1]

The Tosefta rules similarly with regard to civil liability for nonlethal injury: The father, the teacher, and the agent of the court are all exempt, unless the force used is “more than is appropriate,” in which case they are liable.[2] An alternate formulation appears elsewhere in the Tosefta: The agent is exempt if he injures inadvertently (b’shogeg), but liable if he injures deliberately (b’meizid), “out of concern for tikun olam.”[3] R’ Shimon ben Tzemach Duran explains that these two formulations are equivalent: If the force used is “appropriate” but nevertheless results in injury, the agent is considered shogeg, but if it is “more than is appropriate,” he is considered meizid. He also explains that the liability in the case of meizid is in accordance with the normal laws of torts, and the concern for tikun olam is the rationale for the exemption of shogeg, i.e., Chazal absolved a shogeg from liability despite the principle of adam muad l’olam, by which people are usually held liable for torts committed b’shogeg.[4]

It would seem that according to this approach, “shogeg” here has its general meaning of an act that while inadvertent, nevertheless has an element of negligence to it, and so would engender liability were it not for the concern for tikun olam, since it would seem absurd for an agent of the court who carried out his duty entirely properly to be liable for its consequences (were it not for tikun olam), any more than the court itself and its agents would be liable as tortfeasors for the very imposition of punishment such as lashes or execution upon a miscreant![5]

In apparent contradiction to the assumption of the Tosefta that an agent of the court is not authorized to use more force than necessary to carry out his duty stands a ruling of Rabbeinu Yerucham ben Meshulam, accepted by some poskim, that an agent of the court who strikes the body or damages the property of a recalcitrant person is exempt even if he was able to accomplish his goal by other means.[6]

It seems that this opinion understands that the availability of nonviolent means does not automatically render the use of violence “more than is appropriate.” Thus in Rabbeinu Yerucham’s case, although alternative nonviolent means were available, once the agent chose to utilize violence, the level of force he used was the minimum necessary to accomplish his goal, whereas in the case of the Tosefta, the level of force utilized was gratuitously high. Alternatively, some contemporary writers consider it self-evident that Rabbeinu Yerucham concedes that the authorities have no right to use “excessive” and “unreasonable” force relative to the goal of preserving the rule of law.[7] Perhaps, then, when the Tosefta assigns liability where the force used was “more than is appropriate,” it is referring to just such “excessive” and “unreasonable” force.

In any event, other poskim disagree with Rabbeinu Yerucham’s ruling and maintain that an agent of the court is only exempt from liability for the use of force if he had no other means to achieve his goal.[8]

The exemption of an agent of the court only applies provided force was used in order to compel compliance with the court’s directives, but not when motivated by anger.[9]

Some contemporary writers assume that a police officer would have the same status as the “agent of the court” discussed by Chazal and would therefore be exempt from liability insofar as his use of force was appropriate.[10]

One version of the Tosefta contains a position contrary to that of Abba Sha’ul; see Or Sameiach Hilchos Rotzeiach 5:6 and Tzidkas Yehuda V’Yisrael ibid.

[5]This is certainly true according to the poskim that maintain that the principle of adam muad l’olam does not apply to oness gamur (see Tosafos Bava Kama 27b s.v. uShmuel amar; Shulchan Aruch C.M. 378:1-3 and Shach ibid. s.k. 1).