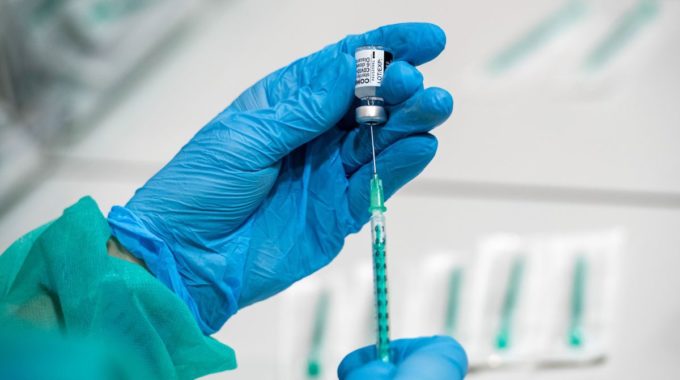 CureVac has filed a patent lawsuit in Germany against BioNTech over its use of mRNA technology, marking one of the first known cases of a company going to court amid the fierce competition to develop a vaccine against the coronavirus…

“Many years of our research have also contributed to the success of the mRNA vaccines and made that possible,” [CureVac Chief Executive Franz-Werner] Haas told reporters. “From our point of view, it is self-evident to respect the associated property rights.”[1]

Most of the halachic literature on the topic of intellectual property deals with copyright. This is “a type of intellectual property that protects original works of authorship as soon as an author fixes the work in a tangible form of expression.”[2] But there is also some halachic discussion of patent law, which deals with the right of an inventor to prevent others from making, using, or selling his invention. In this article and a follow-up, we consider some of the important halachic sources on the rights of inventors to their inventions.

In secular law, patents and copyrights are very different frameworks—for example, an inventor must apply to the government for a patent on his invention, and his rights are contingent on the application being accepted and the government granting the patent, whereas today an author automatically has copyright to any work he produces, and no application or even registration is required. In halacha, by contrast, the rights of an author to his work and an inventor to his invention are generally considered to be essentially equivalent. Accordingly, while our discussion will focus on the poskim who explicitly discuss inventors and inventions, much of it will apply to authors and their works as well. But given that halacha incorporates the intellectual property regimes of secular law via mechanisms like dina demalchusa dina and minhag, as we shall discuss iy”H in the follow-up to this article, the legal distinctions between patent and copyright law would presumably be manifest in halacha as well.

One of the most famous halachic discussions of intellectual property is by R’ Yosef Shaul Natanson of Lvov (Lemberg), author of Shu”t Sho’el Umeishiv and many other works. The focus of his responsum is the right of an author to control who publishes his work, and in it he discusses a major dispute between a printer called R’ Avraham Yosef Madfis (“Printer”), who had purchased the rights to R’ Avraham Tzvi Hirsch Eisenstadt’s Pis’chei Teshuvah from the author, and a rival printer named R’ Yosef Tzvi Hirsch Balaban, who wished to reprint the work on his own. Rav Natanson maintained that R’ Avraham Yosef had the right to bar his opponent from printing.[3] In the course of his analysis, he cites a remarkable anecdote concerning the rights of an inventor:

It is certain that when an author prints a new book and merits that his words are accepted throughout the world, it is obvious that he has rights therein forever, and regardless, if someone prints [something] or invents some process, no one else is allowed to do [the same] without his permission.

And it is known that R’ Avram Yaakov of Hrubyeshov, who invented a calculating machine, received royalties for the rest of his life from the government in Warsaw—will our perfect Torah not be as worthy as their frivolous speech?[4] This is something contradicted by reason, and it is an everyday occurrence that one who prints a work, and his assignees, have the right to it…[5]

Other authorities, however, reject Rav Natanson’s creation of a fundamental concept of intellectual property based on nothing more than reason, intuition, and inspiration from secular law. Rav Natanson’s slightly younger contemporary and eventual successor as rav of Lvov, R’ Yitzchak Shmelkes, challenges his predecessor’s bold stance, noting that there is no intrinsic halachic basis for the existence of an exclusionary right to intellectual property:

With regard to inventions as well, if the inventor has no patent from the government granting him the exclusive right to his invention in perpetuity, I do not know of any prohibition for someone else to copy his design.[6]

But in truth, Rav Natanson did not write any halachic source for this beyond a story that he tells…and in my humble opinion, it is obvious that it is impossible to construct a din based on such an inference from secular law, since the foundations of their laws are not built upon rights and ownership interests, but rather upon logical arguments of what seems to them to be fair, as opposed to the laws of the Torah, where in order to compel [another party to refrain from doing something], ownership is required.[7]

Rav Silman’s bright-line distinction between the systems of law and halacha in general is debatable. On the one hand, like the law, much of Choshen Mishpat is certainly rooted in concerns for fairness and pragmatism. On the other hand, secular law does not exclusively revolve around general concerns of fairness, but is also rooted in fundamental notions of property rights. But at least in the particular case of U.S. intellectual property law, there is a good deal of cogency to Rav Silman’s argument, since the constitutional basis for such law is a clause granting Congress the power

To promote the progress of science and useful arts, by securing for limited times to authors and inventors the exclusive right to their respective writings and discoveries.[8]

which clearly implies that so-called intellectual property is not really analogous to traditional property, and does not derive, as in Rav Natanson’s construal, from some sort of natural law right of authors and inventors to the products of their creativity, but is only a pragmatic societal construction intended to promote the progress of science and useful arts.

[2]What Is Copyright? U.S. Copyright Office.

[3]Dr. Chanan Yitzchaki (Doctorat Al Sefer Pis’chei Teshuvah, p. 37 (and cf. here)) notes that “It is interesting that despite Rav Natanson’s ruling in favor of R’ Avraham Madfis, Yosef Hirsch Balaban printed the work in 1861 in violation of the ruling.”