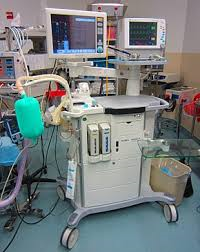 Is experiencing pain a requirement for fulfilling the mitzvah of bris mila? Many poskim have addressed this question in the context of whether it is permitted to anesthetize the baby prior to the mila and have taken a variety of approaches.

The Imrei Yosher rules that pain is required based an opinion in the Midrash (Bereshis Rabba) that Avraham experienced pain during his bris and received a double reward for the mitzvah as a result. He therefore rules that any type of anesthetic would be forbidden.

Other poskim are also machmir:

·        The Tzitz Eliezer quotes the importance of tradition: Such a process was never performed during a bris in previous generations.

·        Rav Moshe Feinstein: due to the potential danger involved in undergoing anesthesia (though perhaps topical anesthetics may be permitted).

·        The Shevet HaLevi: the person receiving the bris must be awake at the time due to mitzvos tzerichos kavanah or because appointing a mohel to be his shaliach to perform the bris only works if he is awake during the bris.

Other poskim including the Maharsham, Rav Yitzchak Elchanan, and Rav Ovadia Yosef disagree and argue that there is no need to experience pain during a bris, and the Midrash does not mandate experiencing pain. In addition, they explain that there is no concern of shelichus or mitzvos tzerichos kavanah when a person is functioning normally but is simply sleeping, and tradition alone is an insufficient concern to render it forbidden.

·        In a more complicated bris, such as an older adult or a case where it will cause an unusual amount of pain, it is permitted.

This approach was taken by the Shevet HaLevi as well as Rav Eliashiv, as reported by Rabbi Dr. Abraham in Nishmas Avraham.