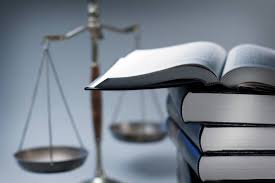 Fair Trade and Monopolies in Halacha

Long before the establishment of the Federal Trade Commission, there were debates regarding trade regulations. Is the government responsible to protect consumers, or is it the responsibility of “buyer beware”? There is a plethora of government agencies that strive to produce rules and regulations to produce a fair economy.

In a Jewish court of law, can the Bais Din interfere with the practices of free trade? How far does the Bais Din’s jurisdiction reach, according to Halacha?

Bais Din’s Jurisdiction in the Marketplace

The Gemara discusses regulations in the marketplace and concludes that it is the Bais Din’s responsibility to ensure that the weights and measures are accurate[1]. When it comes to price regulations, there is a disagreement in the Gemara, if the Bais Din should monitor pricing or not.

The Rishonim explain why it is not necessary to establish safeguards for pricing in the marketplace[2].  In a fair and capitalized society, the market creates its own fixed price.  Based on the rules of supply and demand, the price is determined to be fair.

The opinion of Karna – one of the Amoraim mentioned in that Gemara – is that we must worry about cheaters. He feels that the exception to this fair pricing rule is if there is a monopoly. If one person holds his stock until all of his competitors are sold out, then he is the only option for the buyers. This could give him the leeway to price his wares as high as he wishes. In this case, the Rambam[3] and Shulchan Aruch[4], that Bais Din has the right to appoint officers to monitor the pricing.

The Tur adds a qualification to this rule, that Bais Din may only get involved when there is a monopoly on items which are chayei nefesh – daily necessities.  If the seller is driving up prices on food and basic staples, the Bais Din should appoint an officer but not for fancy clothes and cars.

By forcing someone to pay more than he intended for essential items, the seller is, in essence, stealing from the buyer. The buyer may be forced to pay for the item, but he is not forgiving the extra sum to the seller[5].  However, if the seller is price gouging on luxury items, the Bais Din should not get involved.

In light of the above, let us examine the following case. In a town in Europe, there were two families that held a monopoly on the Esrog trade. Each year, these two families sold their Esrogim for a minimum of $150. One year, the families decided to raise their prices to $180 per Esrog.  The townsfolk were very upset at the new rate, but they had no other source for buying Esrogim. They complained to their Rabbanim. The Rabbanim of the town asked a Bais Din if they were permitted to get involved in commerce by forcing the Esrog dealers to lower the price.

The first determination would be, whether an Esrog is considered to be chayei nefesh. If buying an Esrog is deemed a necessity, then according to the Tur, the Bais Din would be allowed to interfere and force the Esrog dealers to lower the price.

It would seem that an Esrog is deemed chayei nefesh. The townspeople are not buying it because they desire a citrus fruit, rather it is a mitzvah obligation. Therefore, the Bais Din would be permitted to interfere in the town’s commerce. In truth we do not pasken like the Tur but rather like the Mechaber that does not differentiate between essential or luxury items. However, according to the above, the Tur would also agree by an Esrog that the Rabbanim can get involved in fair pricing.

How far can the Bais Din go to prevent the price inflation? Can they tell the people not to perform the mitzvah? There are similar cases in Halacha, where the supply of an item used for a mitzvah was put out of reach.

One example was during the times of the earlier Tzemach Tzedek. The Jews used to go to the marketplace on Erev Shabbos to buy fish in honor of Shabbos. When the gentile fishermen realized this trend, they began raising the prices of the fish, because they knew the Jews would be forced to buy it.  The Jews asked the Tzemach Tzedek for advice, should they continue paying outrageous prices for fish for Shabbos?

The Tzemach Tzedek quoted by Magen Av[6] rules that the Jews should not buy fish at the higher rates. He cites an example from the Mishna in Krisus[7]. During the times of the Bais HaMikdash, a woman who gave birth was obligated to bring a Korban of two turtledoves. The gentiles raised the prices for the birds, making it exorbitantly expensive to bring the Korban.

There is a general rule, that the rabbis have the ability to nullify a mitzvah, to a certain degree, if the situation calls for it. Rabban Gamliel announced that the Jewish people should bring the bare minimum – which truncated the practice of Korbanos. This led to a fall in the sale of turtledoves, which eventually caused the price to go back down.

The Hagahos Tzemach Tzedek offered another proof from the following example. There is a mitzvah of Pidyon Shvuyim – to pay a ransom to save a life. Indeed, one who saves a person’s life has a great merit, and it is as if he saved an entire world. However, the Mishna says that we do not pay a large sum of money for ransom demands[8]. This is due to the fact, that if the gentiles realize that Jews are willing to pay, this will cause an increase in kidnappings and high ransom demands.

Does the ruling of the Tzemach Tzedek apply to the case of costly Esrogim? Can Bais Din decide that no one should buy an Esrog until the price is lowered?

The Hagahos Chasam Sofer still opines that Bais Din is not able to do so. There is a major difference, he explains, between the aforementioned examples and the case of the expensive Esrog. While the Mishna does allow for the delaying of certain mitzvos, those are mitzvos which do not expire. It is possible for a woman to delay bringing a Korban until the price of turtledoves is lowered. However, it is not possible to delay the mitzvah of shaking a Lulav and Esrog. Once Sukkos has passed, the mitzvah opportunity is gone. The same with eating fish for the mitzvah of Oneg Shabbos.

Thus we have a disagreement between the Tzemach Tzedek who says the Rabbanim have the power passively to prevent the performance of a mitzvah if this will lower the price while the Chasam Sofer disagrees unless the mitzvah can wait and will not expire.

Furthermore, there is a concept of “hiddur mitzvah ad shlish”[9]. This means that a person should pay extra to beautify a mitzvah, up to one third more than the value. Even though the item is overpriced, it is worthwhile to overpay for the mitzvah. If the Esrog price is changed from $150 to $180, that $30 difference is below the one-third threshold, and one would be obligated to pay extra in order to fulfill the mitzvah. This would be another reason for the Rabbanim not to advise the townspeople to refrain from doing the mitzvah in order to lower the price of the Esrogim.