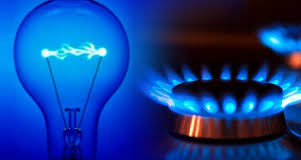 The electricity went off briefly on Shabbos and I now have an alarm that is beeping loudly. It is very disruptive. Can I ask a non-Jew to turn off the alarm?

If the electricity went off on Shabbos and was subsequently restored a few hours later by non-Jewish workers, what is the status of the reheated food, such as cholent?

Shmiras Shabbos K’Hilchaso (32:{174}) and Teshuvos B’tzeil Hachochma (4:137) write that if there is a power outage on Shabbos, it is permissible to enjoy the hot food even if the food cooled down and was then reheated when the power was restored. There is no problem of benefiting from the action of a non-Jew on Shabbos because, as was explained in an earlier Halacha Yomis, the non-Jewish workers restore the power for their own benefit, and therefore a Jew may benefit from the electricity as well. There is also no violation of the restriction of chazara (the prohibition of reheating food on Shabbos), since in this case, the Jew is passive, and it is treated as if everything happened on its own. On the other hand, the Chazon Ish disagrees and holds that chazara is violated even without any action. As soon as one notices that the power has returned, according to Chazon Ish, one is required to remove the crockpot.

Rav Schachter, Shlita felt it best to be stringent and follow the position of the Chazon Ish. However, if the cholent is the main course of the meal, and one will not have enough to eat without it, Rav Schachter ruled that one may rely on the lenient opinion, and leave the cholent in the crockpot and eat it during the meal.

One is not permitted to benefit on Shabbos from a melacha that was done by a non-Jew for the sake of a Jew. This is true even if the Jew did not request the favor. The Mishna Berura 276:2 explains that this is forbidden because we are concerned that in a future situation, one might ask the non-Jew directly. However, if the majority of those who will benefit from the melacha are non-Jews, then a Jew may benefit as well. In most situations, the majority of people who will benefit from the restoration of power are non-Jews. However, even if a neighborhood is mostly Jewish, it is still permitted to benefit from the lights. The electric company restores power for their own benefit (they are legally required to do so), regardless of whether anyone asks. Since the workers are doing so for their own needs a Jew may benefit from the electricity as well. (See Mishna Berura 276:17.)