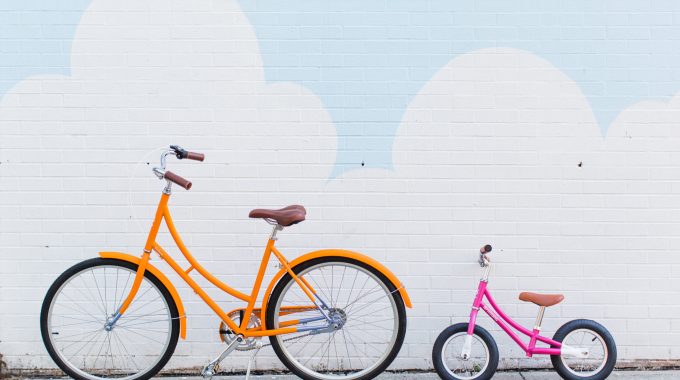 I live in a complex where there are many bikes of neighbors laying around; may I use those bikes without asking permission? If not, am I responsible to stop my children from using them without permission?

According to halacha one may take something from someone else without permission if it is a type of thing that nobody cares about. For example, it is permitted to take a splinter off your friend’s raw-wooden fence without permission  to use as a toothpick, since nobody would care about that. Nevertheless, it is middas chasidus not to do so without permission, where it is something that if done many times will cause a loss or damage to the owner.

Regarding things that people generally do care about but the owner of this particular object doesn’t mind, or at least doesn’t mind that you take it or use it, there is a dispute among the poskim if you may take it or use it without permission. Some poskim differentiate between usage of the object that doesn’t inherently consume the object and usage of the object that does consume the object. According to these poskim, it would be permitted, for example, to use your friend’s lawn chair where you can assume he doesn’t mind. However, it would be prohibited to eat some of your friend’s food although you know he wouldn’t mind. It seems that the consensus of the contemporary poskim follows this view.

Regarding bikes lying around a complex, one is permitted to use others’ bikes in a complex where everyone agrees to use each other’s bikes without permission, because that is considered as if permission has been given. Similarly, based on the above, in any case that you know that your friend would certainly allow you to use his bike without permission you may do so, because it is sufficient that he would give you permission if you asked. However, it is preferable, where possible, to ask explicitly for permission in these situations.

It is worth noting that one must be sure that the owner would not mind about where you are taking the bike or when and to where you return the bike. For example, if one rides the bike out of the close vicinity of where the bike was placed the owner may indeed object. Similarly, the owner would likely mind if the bike is returned to a different spot than where it was originally placed. Additionally, the user may not use the bike in a way that will possibly damage it. In the event that the bike got damaged, the ‘borrower’ is responsible to pay, just like a regular borrower (sho’el) is responsible for all damages. This applies to all damages that occurred from when he made a kinyan or started using it until he returns it.