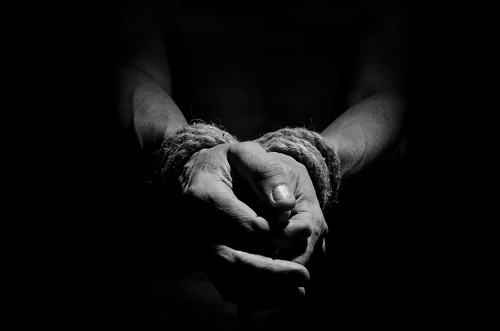 A New Yorker article describes the plight of Mark Frerichs, an American Navy veteran and skilled engineer, carpenter, electrician, and mechanic who was captured by the Taliban in January 2020 while working on rebuilding Afghanistan. He is currently being held by the Haqqani network, a “Taliban-affiliated, mafia-esque criminal syndicate,” which has for years been “the Taliban’s most capable and ruthless faction, responsible for carrying out many of the war’s bloodiest attacks and running a lucrative kidnap-for-ransom business.”

Given the “growing bipartisan consensus that the Biden administration holds few cards over the Taliban that haven’t already been played,” the most promising avenue toward securing Frerichs’s release may be a trade for Hajji Bashir Noorzai, a tribal leader serving a life sentence in U.S. federal prison for drug trafficking, whose freedom the Taliban have requested for years.[1]

As we have previously discussed in this forum, there is extensive halachic discussion, going back to the Mishnah, of the permissibility of paying exorbitant ransoms for prisoners, which in the modern era has expanded to include the question of prisoner exchanges. The primary focus of this discussion is the concern, mentioned in the Gemara, that rewarding and incentivizing kidnapping may cause more of it—a dynamic which may indeed have engendered Frerichs’s current predicament:

Three months before Frerichs’s kidnapping, in November, 2019, President Trump approved one of the war’s most controversial prisoner swaps. In a deal that sparked protests in the streets of the Afghan capital, the Haqqanis released Kevin King and Timothy Weeks…and ten Afghan soldiers. In exchange, the Afghan government, under pressure from Trump’s State Department, released three high-ranking Haqqani commanders, responsible for terrorizing the city with years of car bombings and assassinations….

Trump was not the first U.S. President to make a deal with the Haqqanis. In 2014, the Obama administration released five high-ranking Taliban prisoners from the Guantanamo Bay detention center in exchange for the U.S. Army soldier Bowe Bergdahl, whom the Haqqanis had held in Pakistan for five years. “Ends of wars always come down to prisoner negotiations,” [former Secretary of Defense Christopher] Miller told me. “They always do, since time immemorial.” As the Taliban neared their agreement with the Trump administration, he explained, they needed another bargaining chip back home. “The Haqqanis had to restock,” Miller told me. “It was really bad timing for Mark.”

In the remainder of this article, we review some of the relevant halachic discussion we have previously considered.

Redeeming captives for more than their value

The Mishnah declares that we do not redeem captives for more than their value,[2] and the Gemara gives two reasons for the prohibition: either to avoid excessively burdening the community, or to avoid providing an incentive for the repetition of such seizures. Most poskim accept the latter reason as normative,[3] although some consider the matter unresolved.[4]

The Gemara explains that a point of divergence between the two rationales is where an individual voluntarily offers an excessive ransom for his relative: The former does not apply, while the latter does.[5] While there is an opinion that limits such volunteering (i.e., even according to the former rationale) to a relative,[6] other authorities reject this distinction,[7] and permit even the community in general to pay an excessive ransom, as long as it does so voluntarily and not under compulsion by the leadership.[8]

One interpretation of the “value” of a captive is his value in the slave market, and if there is no local slave market, we estimate his value to a slaver who would transport him to a locale where there is such a market.[9] Others interpret “value” in light of the need to avoid incentivizing future seizures, and therefore understand the rule to mean simply that we do not pay a ransom greater than that generally paid for captives, as that would engender a particular interest in capturing Jews.[10]

Various poskim suggest that in the context of indiscriminate captors, such as during the era of the churban, where all the Jews were subject to capture,[11] or when dealing with captors who assume no risk and therefore indiscriminately seize anyone, irrespective of the possibility of ransom,[12] the concern of incentivizing future seizures does not apply.

Some argue that modern-day terrorists, who anyway do whatever harm they possibly can, fall under this rubric,[13] while others argue that yielding to the demands of terrorists will indeed encourage further terrorism, whereas refusing them will cause them to cease their outrages.[14]

Many poskim rule that when a captive’s life is in danger, he may be redeemed at any cost,[15] but many others disagree.[16] In our case, while the Haqqani network may be the Taliban’s “most ruthless faction,” it does have a track record of making deals to release its prisoners, so it is not entirely clear whether the halacha would consider those prisoners in danger of their lives (at least not more so than prisoners in general, who are not considered, in our context of paying exorbitant ransoms, to be in such danger).

Contemporary poskim in Eretz Yisrael have vigorously debated the propriety of exchanging captured terrorists for hostages held by the enemy, in particular in the context of the (ultimately unsuccessful) negotiations that preceded Operation Entebbe and the controversial and traumatic Jibril Agreement. Some forbade such exchanges, based on the aforementioned concerns, as well as additional arguments, including the claim that in war, combat, not dealmaking, is the appropriate mode of conduct;[17] others endorsed them, on the grounds that the lives of the hostages were in danger,[18] and that the terrorists will do their worst regardless, as above.[19]

The freeing of terrorists obviously poses an additional dilemma, due to the grave threat to society of their likely recidivism. Some poskim argued that exchanges are nevertheless permitted, at least where the immediate danger to the hostages is clear and present and the future danger to the public speculative and indefinite.[20] Others disagreed, maintaining that even if the hostages are in certain mortal peril, we cannot save them at the expense of putting the lives of others at risk.[21]

Further, some argued, as above, that even the payment of monetary ransoms to terrorists is fundamentally misguided, for the paradigm of pidyon shvuyim is inapplicable to terrorist hostage-taking, as it only applies during peacetime, but not in wartime, where the provision of large sums of money (and presumably, a fortiori, the release of veteran terrorists) to the enemy will aid him in his hostilities.[22] It is unclear whether the United States and the Taliban would currently be considered in a state of war in this context.

Some have argued that insofar as terrorists are commonly exchanged for hostages, offering such an exchange at the customary ratio would not be considered redeeming the hostages “for more than their value.”[23]

[4]Commentary of the Ran ibid. Shu”t Nachalah le-Yehoshua siman 5 argues that even according to the Ran, where the latter reason does not apply, redeeming for any price is the appropriate course of action. Cf. Shu”t B’nei Vanim cheilek  1 siman 43 os 2 pg. 150 for an exhaustive list of the opinions of the rishonim on this question.

[5]Gittin ibid. and Rashi there.

[8]Shu”t HaRadvaz cheilek 1 siman 40; Nachalah Lihoshua ibid. (One of the Radvaz’s various justifications of the customary payment of excessive ransoms is from the fact that the communities gladly pay it; the implication is that this justifies the overpayment even according to the latter rationale, which he considers normative. But see Shma Avraham cheilek 1 end of siman 12 p. 47a s.v. Umatzasi, who argues that the Radvaz only advances this reason in concert with his others, but that it does not stand on its own.)

[16]Ramban ibid.; Maharam Lublin ibid.; Knessess Yechezkel ibid.; Yad Eliyahu ibid.; B’nei Vanim ibid. p. 153, and cf. Shu”t Tzemach Tzedek siman 28 in the author’s son’s note; Pis’chei Teshuvah ibid.; and Sdei Chemed klalim cheilek 1 ma’areches ha’aleph os 129. (The Sdei Chemed-Divrei Chachamim points out that the Maharam’s entire discussion technically revolves around the question of an obligation to redeem a captive whose life is in danger for more than his value, and not whether this is permitted, but he argues that insofar as the Maharam insists that the rule of ein podin es hashvuyim yaser al kedei demeihem remains applicable, redemption would presumably not only not be mandatory, but would be forbidden.)

[17]R’ Shlomo Aviner (here, here and here), invoking R’ Yaakov Kamenetsky’s rejection of a contemplated deal on behalf of R’ Yitzchok Hutner during the Dawson’s Field hijackings. R. Yaakov explained that “in war, there is no din of pidyon shvuyim, but rather a din of battle.” Cf. below n. 22.

[18]Rav Elyashiv and the Steipler ibid.