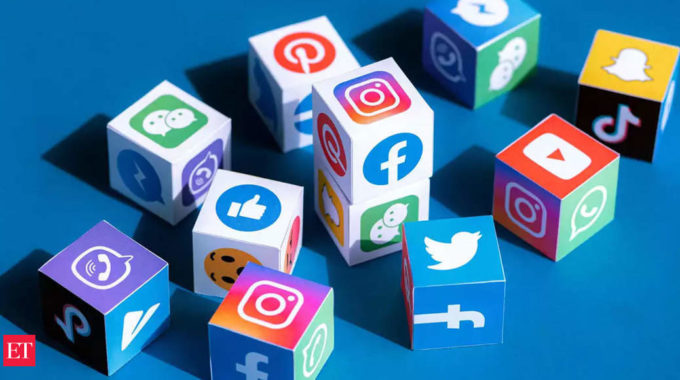 Over the past several years, social media companies have increasingly engaged in the censorship of people and ideas that they say are wrong, dangerous to society, or dangerous to particular groups or individuals. “Deplatformed” figures have included controversial politicians (most notably President Donald Trump) and pundits, but also a variety of others. A remarkable example is Dr. Satoshi Ōmura, winner of the 2015 Nobel Prize in Physiology or Medicine for his role in the discovery of avermectin and ivermectin: YouTube saw fit to remove a video of him discussing the drug for which he won the Nobel prize “for violating [its] Community Guidelines” (presumably having to do with claims about the drug’s possible efficacy against COVID-19).[1] Governmental officials and politicians have been encouraging social media companies to engage in even more aggressive censorship,[2] although such calls for more censorship generally come (at least currently) from the left, while the right often furiously protests against censorship of views to which it is sympathetic, and has even proposed legislation allowing social media companies to be sued for such censorship.[3] (President Trump reportedly told the Washington Post editorial board during his first campaign that he would seek to change U.S. libel laws so public figures like himself could sue media outlets for libel and recover damages if they published “bad” and “wrong” information about them; he was widely criticized for this, including by impeccably conservative publications.)[4] In this article, we explore some possible Torah perspectives on media censorship in general.

Much of the political discussion about censorship is based on a fundamental right to free expression, whether a legal one, as enshrined in the First Amendment to the United States Constitution, or a broader notion of a moral right or cultural norm. In the Torah, to the best of this author’s knowledge, there is no such analogous general right.

One particular context in which the Torah does insist on the right to freely express one’s view (or at least, on the maintenance of a level playing field with regard to viewpoint expression) is litigation. A braisa declares:

[The judges] must ensure that there will not be a situation…where one litigant says everything that he needs to say to present his case, and one litigant, the judge says to him: “Curtail your statement.”[5]

But although the halachic context in which this rule appears is that of litigation, perhaps it can be extended to the context of political debate as well. As we have previously discussed in this forum,[6] the poskim have extended some of the halachos governing the qualifications of judges to public officials in general,[7] and even to citizen-electors.[8] The poskim are discussing cases of corruption and bias, but their fundamental rationale—that public officials, and even ordinary voters, have the status of judges—might also imply the applicability to general political discourse of the aforementioned rule that opposing disputants must be provided equal opportunity to express their points of view.

The public’s right to know

An additional halachic argument against the censorship of information that is potentially valuable to the general public emerges from the laws of slander and offensive speech. Although the Chafetz Chaim takes great pains to refute what he considers to be the widespread misconception that the prohibition against lashon hara is limited to falsehood, insisting that even truthful derogatory speech is prohibited,[9] he does acknowledge the major exception of beneficial speech (leto’eles), which is not only permitted but sometimes even mandated.[10] As R’ Yisrael Isser Isserlin, a contemporary of the Chafetz Chaim, puts it:

Of course, this is no argument against the censorship of misinformation, which is certainly generally not beneficial to the public, but an overly strict censorship regime can easily result in the suppression of valuable information, which, as Rav Isserlin notes, can sometimes be an even greater problem than the dissemination of harmful information.

Additionally, despite the Chafetz Chaim’s insistence that truth is not in and of itself a dispensation from the prohibition of lashon hara, there is actually a debate among the Acharonim about whether and to what extent truth is a defense against civil liability for slander. Some adopt the strict standard that unless there is a clear and concrete benefit to the public from the disseminated information (such as the revelation of someone’s personal status as an eved or mamzer, which the public needs to know in order to avoid the attendant marital prohibitions), the slanderer is liable to pay compensation for the humiliation that he caused. Accordingly, one who publicizes a past incident of theft or immoral behavior committed by someone who is currently conducting himself properly is liable for slander, particularly if the incident had occurred in the perpetrator’s youth, since the perpetrator may have reformed, and details of his past behavior are not the public’s business.[12] (This is similar to the “right to be forgotten” recognized in some foreign jurisdictions.)

R’ Shlomo Yehuda Tabak, however, disagrees, arguing that the public does have the right to know about someone’s past criminal behavior, both due to the halachic consequences thereof (the sinner is ineligible to testify or take an oath) and in order to guard themselves against him. It is a mitzvah to publicize “flatterers” (i.e., hypocrites), and our Sages would not institute measures (such as civil liability for slander) that would suppress the salutary publication of such information.[13]

So while Rav Tabak seems to agree that in principle there is liability for slander with no socially redeeming value, he defines such value far more broadly than do other poskim. This dispute could have implications for the question of media censorship as well.

Tom Parker. White House: If you’re banned for “misinformation” on one platform, you should be banned from ALL platforms. Reclaim The Net. https://reclaimthenet.org/white-house-misinformation-ban-all-platforms/;

Dan Frieth. Psaki: No options are “off the table” regarding regulating online speech. Reclaim The Net. https://reclaimthenet.org/psaki-no-options-are-off-the-table-regarding-regulating-online-speech/.

[6]To Quantify the Qualify: Qualifications for Holding Public Office.