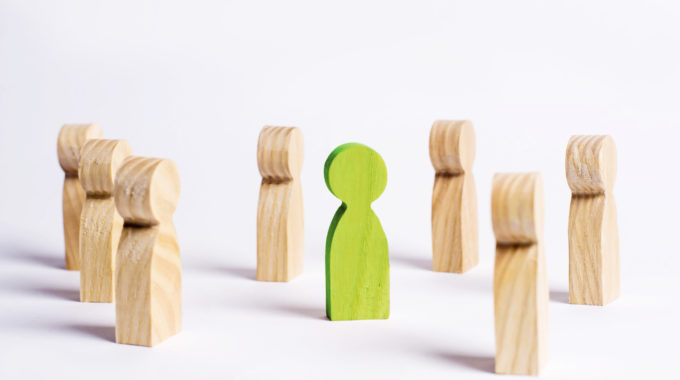 Bais Din is called in the Torah by the Divine name Elokim (Shemos 22:7 et al.).

A monetary Bais Din of three judges is G-dlike in that it brings justice to this world. A minor Sanhedrin of twenty-three carries the additional Divine mantle of the power over life and death.

For this reason, Bais Din doesn’t employ an executioner to carry out its verdict. Because the dayanim represent Hashem in administering justice in the world, they must themselves carry out that justice. It is not a task that can be assigned, like the sweeping of the Bais Din floor. Even the witnesses can’t supply their testimony and walk away, they must participate in the execution along with the judges. And they go first (Devarim 17:7).

But capital punishment is almost never carried out in the Jewish justice system. There is a dispute in the Mishna (Makos 1:10) whether a Bais Din that performs an execution as frequently as once in seventy years is “destructive,” or only one that does so once in seven. Rabbi Akiva and Rabbi Tarfon said that had they been in the Sanhedrin, no one would ever have been executed.

This is not only because of the dearth of crime in a Torah society, but because the Halachic conditions for execution are so onerous as to be almost impossible to meet: Two valid witnesses must view the criminal act, both from the same vantage point (Makos 5); the perpetrator must be warned; and he must acknowledge the warning and proceed anyway. This would almost never happen, especially considering that criminals don’t generally enjoy the company of witnesses.

Clearly, deterrence is not the goal of the Torah’s death penalty. A would-be murderer who desists because he’s worried about being executed by the courts is suffering from irrational fears.

Nor is it to punish, because that is Hashem’s exclusive domain: Mine is vengeance and repayment (Devarim 32:35).

Rather, explains R’ Shamshon Rephael Hirsch, the purpose of the Torah’s death penalty is to create a presence of G-dliness in the world by demonstrating publicly that a person who rebels against Hashem doesn’t deserve to live. That the court exercises this power so infrequently is of no import. Were an innocent man to be put to death in Hashem’s Name, that would constitute a dreadful chillul Hashem. Much of what passes for evidence in secular judicial systems—sufficiently so, to take a man’s life—would be of no value in a Jewish court.

In the first installment of this series we spoke of the bright line dividing dinei nefashos from dinei mamonos. Unlike in the secular judiciary, a monetary Bais Din of three judges doesn’t exist to punish financial crimes, because punishment, again, is outside the purview of Bais Din. Rather, payment is exacted from the thief or the arsonist precisely as it is from the borrower or the purchaser. Though theft is prohibited and borrowing is not, both create indebtedness. It is the brief of Bais Din to rectify this indebtedness by restoring monies to their rightful owners. (Nevertheless, one who damages property bears one additional burden: In the event that he lacks sufficient cash or personal property to satisfy his debt, and he is paying with real estate, he must surrender his best land.)

Although a thief who lacks the funds to make restitution is sold into servitude in satisfaction of his debt, this is a program to rehabilitate him for his own benefit rather than a punishment.

Ultimate justice is not in human hands. As we find in Bava Kama 56 and elsewhere, one who causes damage indirectly, grama b’nizakin, is liable under the laws of Heaven but exempt under the laws of man. A driver who deliberately causes another to swerve and crash must pay for the damage, but the earthly court has no power to enforce that obligation. This is because indirect causation is not a ma’aseh mazik, an act of damage. The perpetrator is certainly at fault, but fault is not the purview of the Bais Din, only actions are. Hashem will hold the guilty liable.

Man is accountable for his actions in the earthly court from age 13, but in the Heavenly one only at 20. Theoretically at least, a thirteen-year-old murderer could be executed by Bais Din, because at 13, his actions are his and would remove the Divine Presence, so Bais Din must perform mishpat to restore it. In terms of responsibility and fault, one’s deeds are not fully his fault until age 20. But Bais Din doesn’t punish fault, it addresses actions in the physical world. In this world, a 13-year-old’s ma’aseh kinyan is his, and so are his ma’aseh mazik and his ma’aseh retzicha. So Bais Din must act.

In the next segment, we will address particular cases where an individual is permitted to intervene extrajudicially.