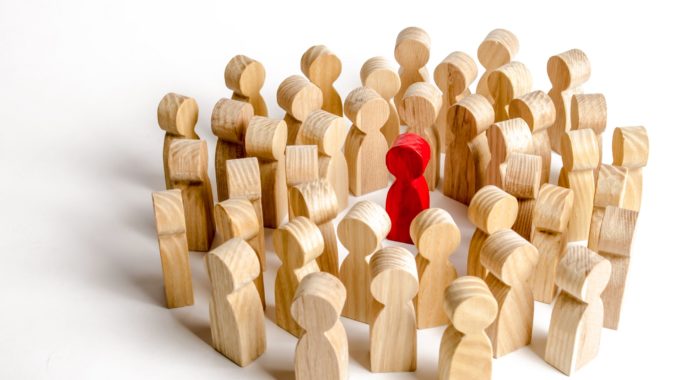 Murder in the park

Victor Melo, 16, began his afternoon listening to music in the sprawling national park in the Brazilian capital, Brasilia.

At some point a classmate of Victor’s, standing nearby, had her phone stolen. She thought Victor did it and called out for help. Her friends, assisted by onlookers from whom a pair of sunglasses had been taken earlier, ran to punish the offender.

Over the next thirty minutes, while a hundred spectators stood by, Victor was beaten savagely. When paramedics arrived, they found a stab wound from a broken bottle in his belly, multiple screwdriver punctures between his ribs, and a knife wound in his heart. They worked vainly to resuscitate him.

At no point did anyone bother to search Victor for the missing phone or glasses. Police later found them in another man’s possession.

Sadly, this is not an isolated incident. In addition to the world’s highest murder rate, Latin America has the world’s highest rate of impunity. In Brazil and Mexico, police solve fewer than one in ten murders. (Brazil’s Supreme Court has a 44,000-case backlog that stretches back 49 years.) Anticipating no justice from the authorities, mobs mete it out daily, with participants often summoned on WhatsApp. And the mob’s process for determining guilt can be less than rigorous.

What is the Torah view of vigilante justice? This article, first in a series, will begin to address the issue.

We are told in Pirkei Avos (3:2): “Pray for the welfare of the government, for but for the fear of the government, each man would swallow his fellow alive.” R’ Yerucham Levovitz, the Mirrer mashgiach, used to say, “Within a person lies an entire zoo.”

When fear of government disappears (the lynchers are rarely punished), there is no limit to the cruelty of which man is capable. Add a dollop of righteous indignation and you have a recipe for staggering evil.

Additionally, acting cruelly damages the actor’s personality, making him cruel (see Or Hachaim Hakadosh, Devarim 13:18). This initiates a vicious circle. Each episode makes the people less human and more likely to act cruelly in the future, so the society gets progressively worse.

There are multiple reasons vigilantes might act: in vengeance, to punish violators or to deter future violations. In the Torah’s jurisprudential system, none of these is the job of the public—or of the courts. The role of Bais Din is not to maintain order in society, to forestall chaos, or to make sure offenders don’t go unpunished. That is Hashem’s department. Rather, the job of Bais Din is to promote a value system in society that keeps people upright and good. Torah keeps at bay the baser instincts of man. Recognizing and respecting the tzelem Elokim in oneself and in others is, according to R’ Shamshon Refael Hirsch, the foundation of a just society.

It has become popular of late in some quarters in the United States to treat law enforcement with derision. Those who promote this are in violation of that Pirkei Avos dictum, and they help to foster the creation of the kind of society Chazal are warning us about.

There is a Torah precept (see Bava Kama 23) that kam lay bidraba minay, meaning that one who commits a capital crime cannot for the same act be liable to monetary payment. This is true even where the act is unintentional and the death penalty doesn’t obtain (Kesubos 35). Rav Hirsch (Shemos 21:22) sees in this a great principle of justice: As evident in Bemidbar 35:31, no amount of money can compensate for murder. For the court to exact payment for the illicit killing of someone created in the Divine image would be an affront to human dignity.

Even where the crime comprises the murder of one person and financial damage to another (e.g., an arsonist who burns down a house and kills someone inside who isn’t the homeowner), Bais Din doesn’t order compensation for the monetary damage. Murder and theft are so distant from each other that they cannot appear in the same case file. Murder is adjudicated by a minor Sanhedrin of 23 judges, each with semicha (ordination) in an unbroken chain from Moshe Rabbeinu. Financial claims are judged by three, no semicha required. And ne’er the twain shall meet.

Equating phone theft to murder is an outrage to tzelem Elokim.

Although Bais Din cannot collect payment even if the act was unintentional and the perpetrator is not actually subject to death, he owes the money and must pay it latzais yeday shamayim, to fulfill his obligation to Heaven. For this reason, as the Ketzos Hachoshen (28) demonstrates from Rashi (Bava Metzia 91a), the victim is permitted to seize payment nonviolently. However, if the perpetrator was actually subject to death, like one who murdered intentionally and also damaged property, there is no monetary obligation of any kind (Ketzos ibid. citing Yam Shel Shlomo B.K. 6:6). A death sentence is the ultimate seizure; it wouldn’t make sense to “additionally” take his money.

Likewise in the case of a rodef (pursuer), whom a bystander must kill if that is necessary in order to save the pursued. Because he was subject to death, there is no financial obligation at all. The Ketzos proves this from Rav’s refusal to accept his property back from the man who burgled his home (Sanhedrin 72). A burglar is considered a rodef and may be killed (Shemos 22:1), because we assume he comes prepared to kill the homeowner if he’s confronted.

Last week, Jair Bolsonaro assumed the presidency of Brazil. During the entire election campaign, only once was he stabbed nearly to death. (He survived despite organ damage and 40% blood loss.)

Elected on a platform of a return to biblical values, Bolsonaro roundly rejects secularism and leftism. Maybe there’s hope for Brazil after all.