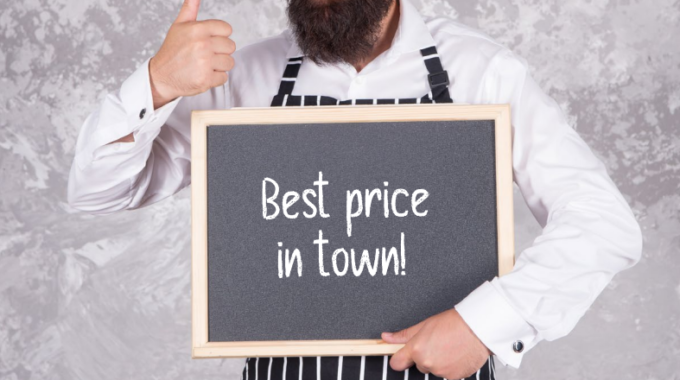 Our previous article explained that while halacha does excoriate and and even prohibit, at least in certain contexts, price gouging (increasing prices to a level much higher than is considered reasonable or fair) and profiteering, it has no clear objection to price fixing (a pact among competitors to stop competing on price and charge the same agreed-upon amount), at least as long as the fixed prices are not inherently unreasonable. On the contrary, it may even require sellers to cooperate in the maintenance of price stability. In this article, we explore a major dispute among the Acharonim about this latter question.

R’ Yehudah says…one may not reduce his prices below the market rate. The Chachamim say, he should be remembered positively.[1]

(The halacha follows the view of the Chachamim.[2] ) The Gemara asks what their reason is, and it answers that by lowering his own price, a seller can ease the market price.[3]

The Panim Me’iros raises an obvious problem. It is self-evident that lowering the price is good for consumers, so why does the Gemara inquire about the Chachamim’s reason? He answers that it was obvious to the Gemara that the damage to the livelihoods of the sellers that would be caused by an individual seller lowering his price outweighs the benefit it would bring to consumers, and so the Gemara maintains that a price cut by an individual seller would generally be prohibited. It is only permitted when this could ease the market price, which means (as explained by Rashi) that the hoarders of produce will see that the price has dropped and they will sell cheaply. In other words, an individual seller may lower his price only where hoarders are keeping produce out of the marketplace (thus artificially constricting supply), and his doing so will induce them to release their produce into the marketplace at a lower price.[4]

(The Mahariaz Enzil explains that in this scenario, the sellers, i.e., the retailers who purchase produce from suppliers and sell it to consumers, will not suffer, because although they are lowering the retail price they receive, the wholesale price they pay will be correspondingly lower as well. He writes that we certainly do not care about the losses that the hoarding suppliers will suffer, because these market manipulators are the ones to whom Chazal applied the psukim, “Break the power of the wicked”[5] and “The wicked are estranged from the womb.”[6],[7])

It is evident from the analysis of the Panim Me’iros, however, that he is assuming some sort of command economy, where prices are established by “law and regulation,” and the principle of dina demalchusa dina (the law of the government is recognized by halacha) supports maintaining the initial price even at the expense of the interest of the consuming public.[8] It is thus not clear that he would prohibit unrestrained price competition in a modern market economy with a free price system.

But regardless of whether the Panim Me’iros himself would limit his position to a command economy, some Acharonim endorse his general position without any such limitation, and rule generally that

To lower the price of merchandise is strictly prohibited, and this ruins the ways of commerce and causes the loss of others’ money.[9]

Other Acharonim, however, reject the basic premise that a seller is only permitted to lower the price where this will induce hoarders to release their wares, explaining that even if we accept this interpretation of the Gemara’s criterion of “easing the market price,” this condition is not necessary for price lowering to be permitted, only for it to merit the approbation of “he should be remembered positively.” When the Gemara sought the reason of the Chachamim, it was only asking why an individual who lowers his price should be remembered positively, not about the fundamental permissibility of lowering prices.[10]

[11]Divrei Chaim ibid. siman 19. Pis’chei Choshen Hilchos Geneivah Ve’ona’ah perek 9 n. 6 argues that in light of this responsum, it must be assumed that the aforementioned one in siman 18 that allows a seller to lower his price is referring to a minor price cut.