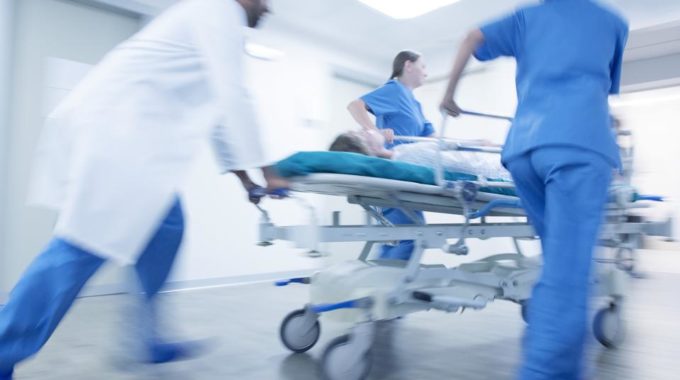 Our previous article introduced the halachic framework used to determine the prioritization schedule when allocating limited medical resources. As discussed there, one of the key rules is that a patient whose life we expect to be able to preserve for the long term (chayei olam) has precedence over one who is not expected to survive for more than a brief period (chayei sha’ah). In this article we consider a particular application of this rule that has been the subject of extensive discussion by the poskim: the allocation of scarce mechanical ventilators or emergency room/intensive care unit (ICU) beds.

R’ Moshe Sternbuch was asked by the head of the emergency department in a Johannesburg hospital about a policy the doctor had instituted of not attaching a chayei sha’ah patient to the hospital’s sole advanced ventilator, even if he was currently the only patient in need of it, and instead reserving it for anticipated future chayei olam patients. His reasoning was that  once they connected a chayei sha’ah patient to the ventilator, they would be unable to transfer the machine to an arriving chayei olam patient, because that would constitute active murder of the first patient.

Consequent to an intricate analysis, Rav Sternbuch was inclined to permit the policy, on the grounds that the principle that a chayei olam patient has priority over a chayei sha’ah patient applies even if the chayei olam patient is not currently present but is anticipated based on an established pattern of daily arrivals of such patients at the hospital. Due to the gravity of the issue, he submitted the question to a number of gedolim in Eretz Yisrael, and he reports that they agreed with him. He also reports R’ Yitzchok Zilberstein’s “clever” solution of controlling the ventilator with a timer, which would allow it to be disconnected while inoperative, but he was told that this would be impractical due to the strenuous objections of the relatives of the patients who would be disconnected.

If the chayei sha’ah patient was connected to the ventilator against hospital policy, Rav Sternbuch cannot reach a definite conclusion as to whether he should be disconnected from it in favor of a chayei olam patient, and in such a case he recommends the timer solution.[1][2]

The moral paradox of this position is striking: Since the chayei sha’ah patient cannot have the machine permanently (because the future chayei olam patient takes precedence), and taking it from him later would constitute active murder, we do not give it to him at all, and thus cause him to die sooner than strictly necessary!

One of the Israeli gedolim who responded to Rav Sternbuch was R’ Shlomo Zalman Auerbach. He wrote that it is possible that the hospital’s policy is correct if it results in the saving of chayei olam patients on a daily basis, but even if this is unclear, once this is the hospital’s policy, it should be followed, and the ventilator may not be used for a chayei sha’ah patient without the hospital’s permission.[3]

Another Israeli gadol who agreed with Rav Sternbuch was R’ Eliezer Yehuda Waldenberg. At the conclusion of a lengthy analysis, he, too, ruled that the hospital policy is appropriate (yafeh), and that it is prohibited to violate the policy by using the ventilator for a chayei sha’ah patient.[4]

As noted above, Rav Sternbuch is uncertain whether a ventilator that has been connected to a chayei sha’ah patient may be transferred to a chayei olam one. R’ Moshe Feinstein, discussing the similar case of an emergency room/ICU[5] with only a single bed, rules that a chayei sha’ah patient who has been assigned the bed—whether correctly (where there was no chayei olam patient present at the time), or incorrectly (where there was), whether deliberately or accidentally—may not be removed from it in favor of a chayei olam patient. Prioritization rules only govern third parties; the patient himself has no obligation to give up his life to save another. Once a patient has been allocated a bed, whether he is paying for it or it was provided gratis, it is his for as long as he needs it, and he is under no obligation to relinquish it and give up whatever chayei sha’ah he may yet have in favor of someone else’s chayei olam. He may even be prohibited from doing so.[6]

Fundamentally, however, he rejects R’ Moshe’s entire position and maintains that the bed may be transferred from one patient to another. He argues that since it is accepted practice that hospitals transfer patients from department to department based on their staff’s medical judgments, it follows that patients do not acquire any irrevocable rights to places in specific departments of hospitals. Further, transferring a patient from the emergency room to another department in the hospital does not constitute destroying life, because the only difference is in the level of patient monitoring, but the fundamental quality of care is the same.[10], [11]

[1] It is not entirely clear to me whether he means that a timer may be introduced to the connection even after the chayei sha’ah patient has already been connected without it, or simply that the machine should be configured to always operate on a timer, and we should resort to its use in this case in particular.

[5] R’ Moshe transliterates “emergency room” into Hebrew, but also uses the term “tipul nimratz,” which in modern Hebrew denotes an ICU. In modern Hebrew, an emergency room/department is a “cheder miyun” or a “machlakah lirfuah dechufah.”

[7] I do not understand why an individual physician employed by a private hospital should have any more authority than one employed by a public hospital, unless Rav Zilberstein is referring to a physician who owns the hospital or has been granted broad latitude in prioritization by its owners.

[9] Rav Weiss refers to “Igros Moshe C.M. cheilek 2 siman 76.” At least with respect to the Bnei Brak 5745 edition, the citation is clearly erroneous, and should apparently read “siman 73” (as above), but the language there does not seem to say quite what Rav Weiss asserts it does. R’ Moshe does refer to hospitals that provide treatment free of charge, either to everyone or specifically to the indigent, but I do not see any explicit characterization of the hospitals he is discussing as public. Rav Weiss quotes R’ Moshe as explicitly referring to someone who is hospitalized “for free, as required by law,” but I cannot find the phrase “required by law” in the teshuvah, and in any event, private hospitals are also subject to all manner of legal requirements.

[10] R’ Asher notes that a similar point is made by R’ Yosef Shalom Elyashiv, as cited by Rav Zilberstein ibid. p. 94.