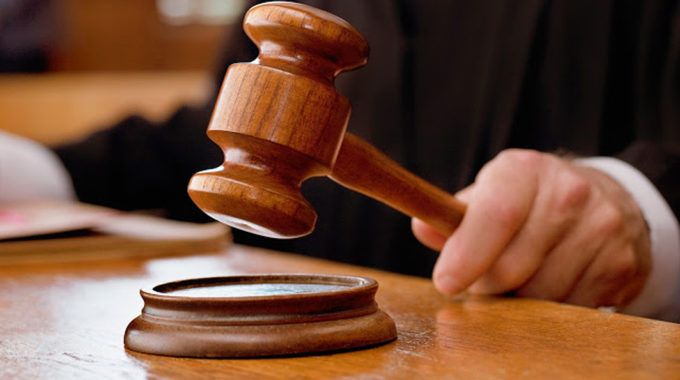 U.S. Supreme Court Associate Justice Sonia Sotomayor recently warned an audience of law students about the frustration of having to write dissents:

“There is going to be a lot of disappointment in the law, a huge amount,” she said Wednesday at an event hosted by the American Bar Association. “Look at me, look at my dissents.”[1]

The writing and publishing of dissents is actually a major point of divergence between traditional halachic judicial procedure and its modern Western counterpart; while it is standard practice in the latter, it is unequivocally forbidden by the Mishnah:

And from where is it derived that when the judge leaves the courtroom he may not say, “I deemed you exempt and my colleagues deemed you liable, but what can I do, as my colleagues outnumbered me and consequently you were deemed liable?” About this it is stated: “You shall not go as a talebearer among your people” (Vayikra 19:16), and it says: “One who goes about as a talebearer reveals secrets, but one who is of a faithful spirit conceals a matter” (Mishlei 11:13).[2]

The Gemara cites several different opinions as to how a split decision is recorded:

When there is a dispute among the judges, how do they write the verdict? R’ Yochanan says they write that he is exempt, without mentioning the dispute. Reish Lakish says that they specify: “So-and-so and so-and-so deem him exempt, and so-and-so and so-and-so deem him liable;” they must mention that there was a dispute. R’ Eliezer says that they do not specify the names of the judges, but rather they add, “From the statement of the judges, so-and-so was deemed exempt” to the wording of the verdict. This indicates that not all the judges agreed that he is exempt but does not specify which judges came to which conclusion.

R’ Yochanan says that they write that he is exempt, due to the prohibition of gossip, as derived from the pasuk, “You shall not go as a talebearer.”

And R’ Elazar accepts the opinion of this Sage, R’ Yochanan, and accepts the opinion of that Sage, Reish Lakish. Therefore, this is what they write: “From the statement of the judges, so-and-so was deemed exempt.” This wording indicates that the ruling was not based on a consensus among the judges, so that it will not have the appearance of falsehood, but it also does not specify what each judge said, to avoid gossip.[3]

The halacha follows the view of R’ Elazar.[4] Some suggest that if the judges agree to specify the identity of the dissenting judge, there is no prohibition of talebearing.[5]

The Sma understands that the wording of “from the statement of…” specifically indicates a split decision, and so it should not be used in the case of a unanimous verdict.[6] R’ Yonasan Eybeschutz, however, disagrees and explains that this wording is consistent with a split decision as well as a unanimous verdict, and we deliberately use ambiguous language to avoid revealing to the litigants whether the decision was unanimous or not.[7]

R’ Eizik Stein adds that the prohibition against talebearing includes declaring to a litigant that “the judge acted unfairly to you in holding you liable.”[8] R’ Chaim Benveniste qualifies that this extension only forbids a third party from volunteering his assessment of the ruling on his own initiative, but if he is consulted by the litigant, and he realizes that the judge has erred in such a way that the verdict is subject to reversal, there is no prohibition whatsoever in disclosing this to the litigant.[9]

It is difficult to understand why an error that renders the verdict subject to reversal should not be disclosed to the litigant even on one’s own initiative, and indeed, the Sha’ar Mishpat maintains, based on a responsum of the Rosh,[10] that it is actually a mitzvah to disclose such errors even on one’s own initiative, and R’ Eizik Stein was only referring to errors that are not grounds for the verdict’s reversal.[11]

R’ Yonasan Eybeschutz considers it obvious that disclosing an error that does not render the verdict subject to reversal constitutes lashon hara, and he is uncertain whether even one that does should be disclosed to the litigant. (He does not distinguish between disclosure in response to a consultation by the litigant and disclosure on one’s own initiative.) He recommends that one act stringently and initially approach not the litigant but the judge himself, point out the error, and request that he reverse his ruling. Only if the judge obstinately refuses to concede his error should he disclose it to the litigant, in order that other scholars may clarify the matter and nullify an erroneous ruling.[12]

[1]Ariane de Vogue. Justice Sonia Sotomayor: ‘There is going to be a lot of disappointment in the law, a huge amount.’ CNN Politics. https://www.cnn.com/2021/09/29/politics/sonia-sotomayor/index.html.

The practice of the batei din of the official Israeli rabbinate–whose members have included some of the most distinguished gedolei Torah of the past century, such as R’ Betzalel Zolty, R’ Yosef Shalom Elyashiv, and R’ Eliezer Yehuda Waldenberg–is to issue Western-style verdicts, including legal reasoning and (signed) dissenting opinions, in apparent blatant violation of the halacha. (See here.) A possible justification is that since this is the standard practice, any dayan who chooses to participate in the system implicitly accepts its rules and norms and thus waives his right to anonymity.

I recall having seen many years ago a discussion of the application of the halachos discussed here to contemporary batei din by R’ Eliezer Yehuda Waldenberg, possibly in a responsum addressed to Zerach Warhaftig (see the latter’s Takanot HaRabbanut Harashit), but I have been unable to locate it at this time.

As we have previously discussed (The Bais HaVaad Halacha Journal, Volume 5777 Issue XXXV Shlach) a similar argument is made by Rav Waldenberg (Shu”t Tzitz Eliezer cheilek 16 siman 67), as well as by earlier authorities, in justification of the modern judicial appellate system.

[8]Biur R’ Eizik Stein to Smag lavin #9, cited by Bach C.M. siman 19. Shach (ibid. s.k.  2) objects to R’ Eizik’s proof to this from the Gemara, but it is unclear whether he is rejecting his position itself.