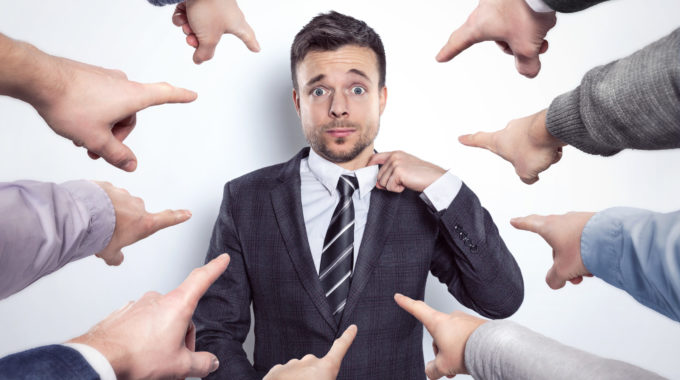 The Consequences of Defamation

Former Alaska Gov. Sarah Palin lost her libel lawsuit against The New York Times on Tuesday when a jury rejected her claim that the newspaper maliciously damaged her reputation by erroneously linking her campaign rhetoric to a mass shooting.

A judge had already declared that if the jury sided with Palin, he would set aside its verdict on the grounds that she hadn’t proved the paper acted maliciously, something required in libel suits involving public figures…

Palin, a onetime Republican vice presidential nominee, sued the newspaper in 2017, claiming it had damaged her career as a political commentator and consultant with an editorial about gun control published after a man opened fire on a congressional baseball team practice in Washington…

With the jury still deliberating, U.S. District Judge Jed Rakoff had informed lawyers on Monday that he would be ruling that Palin had failed to show that the Times had acted out of malice, a finding he predicted was certain to be challenged on appeal. He shared that news with jurors Tuesday after their verdict was read, saying he would now enter a written judgment.

“We’ve reached the same bottom line,” Rakoff said. “But it’s on different grounds—you decided the facts, I decided the law.”[1]

As is evident from this lawsuit, U.S. law does provide for the awarding of damages for defamation, as long as various criteria are met, including that the defamatory statements were false, that they were not made in good faith and in the reasonable belief that they were true, and—as per another famous defamation case against the New York Times, New York Times Co. v. Sullivan—in the case of public officials, that they were made with “actual malice,” meaning that the defendant either knew the statement was false or recklessly disregarded whether or not it was true.[2]

When defamation is established, the law provides for two types of damages: economic, such as lost earnings, and noneconomic, like emotional distress, humiliation, and damage to one’s reputation.[3]

The Torah has a very different perspective: Although defamation is a terrible sin, there is no intrinsic (min hadin) liability for either economic or noneconomic damages, even if the defamation was entirely malicious. As per a tradition going back to the Geonim, however, courts do have the prerogative to impose sanctions and penalties in order to deter defamation.

Although compensation for humiliation (boshess) is one of the five claims that a victim of assault has against his assailant, the Gemara rules that this applies only in a case of physical assault, but there is no liability for mere verbal humiliation.[4] As we discuss below, the Trumas Hadeshen extends this to defamation as well.

Although the Gemara categorically rules out any claim for the suffering caused by humiliation per se, the first prominent discussion of a claim for economic damages only appears a millennium later. The Trumas Hadeshen discusses the case of someone who falsely and maliciously slandered a chazzan as having committed adultery and thereby caused him to lose his job. He rules that although the slanderer has committed a terrible sin and his victim is morally entitled to forever refuse to forgive him and to nurse a permanent grudge against him, the perpetrator has no financial liability min hadin for his heinous crime. This is because as we have seen, there is no cause of action for verbal humiliation (which he extends to defamation as well), and the economic injury suffered by the victim of losing his job is considered indirect harm (grama), for which there is also generally no (court-enforceable) liability. We do, however, compel the perpetrator via excommunication to appease the victim, and the court can—and should—sanction the perpetrator, as discussed below.[5]

This fundamental position that there is no enforceable liability for economic damages in cases of slander because the injury in question is considered grama is adopted by numerous later authorities as well, in cases involving: a) false and malicious claims of an individual’s financial unscrupulousness, which caused him to lose his position in a business partnership;[6] b) the false slander that a sofer had committed rape, which caused him a great loss;[7] and c) the false claim that a respected businessman with a reputation of creditworthiness was actually a drunk with no capital of his own, which caused him much harm.[8]

Despite the Gemara’s unequivocal rule that there is no cause of action for mere verbal humiliation, the Geonim and Rishonim established the doctrine that the court should “impose appropriate restraints concerning such matters in every place and time”[9] and may, if it chooses, impose fines as a deterrent, to “stop the mouths of liars[10] and the utterers of slander,” and that one who verbally humiliates someone should be excommunicated until he placates the victim “appropriately, in accordance with his dignity.”[11] Further:

It is logical that there is more humiliation in words than there is in physical injury, as there is nothing as great as evil speech and slander that a person utters against his fellow.[12]

R’ Yitzchak Zilberstein discusses someone who falsely and publicly defamed a sofer, with the consequence that no customers would purchase mezuzos from him, and he thus lost his livelihood. The perpetrator subsequently regretted what he had done and asked Rav Zilberstein how he could do teshuvah. Rav Zilberstein responded that the only possible solution is for him to undertake to support the sofer in perpetuity, by making him monthly payments of the amount that he would have earned by his profession had his reputation remained intact. One source he adduces in support of this position is this passage in the Gemara:

But with regard to the Holy One, blessed is He, if a person commits a transgression in private, Hashem is appeased by words, as it says: “Take with you words and return to Hashem (Hosheia 14:3)”…[13]

It is evident from here, argues Rav Zilberstein, that there are some situations in which appeasement must be financial—and until the perpetrator makes up the sofer’s lost monthly earnings, he will not achieve atonement.[14]

Presumably, Rav Zilberstein does not disagree with the longstanding tradition that there is no enforceable liability for the economic injury caused by defamation, since it is considered grama, and he only means that the repentant perpetrator has a moral responsibility to compensate his victim in order to achieve atonement for his sin. It is noteworthy, however, that none of the earlier authorities who discuss similar situations articulate such an obligation (though they do emphasize the enormity of the sin).[15]

[3]Damages in a Defamation Case. Nolo.

[15]Rav Zilberstein does adduce a ruling of the (Hagahos) Smak in a somewhat different context in support of his position; as we have discussed elsewhere, however, it is not entirely clear whether the position of the Hagahos Smak is normative, and in any event, Rav Zilberstein’s understanding of his position and its applicability to his own case are debatable.