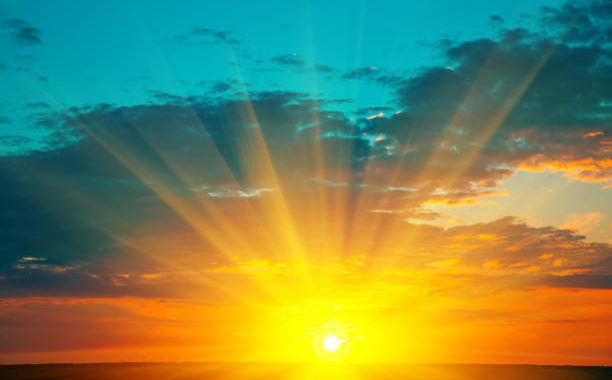 The Magen Avraham writes in the name of the Zohar that chasidim harishonim (early pious Jews) would stay up the entire night of Shavuos learning Torah. The Magen Avraham goes on to say that indeed most of the lomdim still continue this practice. The Mishnah Berurah quotes this Zohar and the Arizal who adds that one who does not sleep the entire night and instead learns Torah is assured that he will complete his year and will not suffer any harm. In fact, even today, most Jewish communities continue this minhag to stay awake the entire night of Shavuos and learn Torah, and as a result, several rare halachos regarding birchos hashachar come to the forefront.
In many shuls a person who did sleep is appointed to serve as the shliach tizibur to recite birchos hashachar out loud for the benefit of those who did not sleep, thereby helping them fulfill the requirement to recite these brachos [even in places where they do not ordinarily appoint a chazan for this part of the tefilah].
As a result, there is a widespread misconception that one who was awake the entire night may not recite any of the brachos. This is incorrect, because most of the brachos may be recited, as will be explained below. In fact, it is preferable for everyone to make whichever brachos they can on their own, and not rely on the bracha from the chazan, because when being yotzay from someone else, one needs to concentrate on every word of the brachos. In the best of circumstances this is a tall order; all the more so for one who has just been up the entire night and is now exhausted.
Sometimes, for various reasons, one is not able to be yotzay with the chazan’s brachos, and – due to the above misconception that one cannot recite any of the brachos – asks a friend that slept to be motzi him. This can be problematic as it is the subject of debate whether an individual or a group of fewer than ten people can be yotzay birchos hashachar via listening – shomea ke’oyneh. In fact, the Mishnah Berurahh seems to rule stringently regarding this question.
Obviously, if it is a bracha that one may not recite on his own, then he has no choice but being yotzay by listening to someone else. However, if one may recite the bracha , why should he put himself into a less than ideal situation and rely on leniencies?
Additionally, due to this error, sometimes one will simply skip the brachos if he cannot find anyone else to recite them on his behalf, thereby not fulfilling the obligation to recite the brachos, and likely also not fulfilling the obligation to recite one hundred brachos every day.
When one is fulfilling the requirement to make a bracha through hearing it from a friend, one must omit saying “Baruch Hu Uvaruch Shemo”, as it is considered a hefsek.

Let us now discuss the various sections of birchos hashachar:

Modeh Ani
It appears that there is no reason to recite this praise when one didn’t sleep, as it is a praise for returning the neshama that was removed from the person when he slept. This is also the implication of the Seder Hayom, and it seems to be the prevalent custom.

Al Netilas Yadayim
Although the Poskim disagree regarding this bracha, the Mishnah Berurah rules that it is proper to use the bathroom in a manner that would obligate a bracha and then recite “al netilas yadayim”. [Although there is a debate among the Poskim if one needs to interrupt his learning at dawn in order to wash his hands, it seems that the common practice is not to do so.]

Asher Yatzar
Here too the poskim disagree, and the Mishnah Berurah rules that it follows the same rules as “al netilas yadayim”.
Elokai Neshama and Hama’avir Shayna
Given that these brachos are a proclamation of gratitude upon the cessation of sleep and the return of the neshama, which only occurs when one wakes up from his sleep, some poskim say that one who did not sleep may not recite these brachos. Others say that they are like other brachos which one recites even though they don’t apply to him personally, as we thank Hashem for fulfilling the needs of the world in general. The Mishnah Berurah seems to rule that one should hear these brachos from one who slept.

If one cannot do this, he should recite the bracha himself, since it seems that l’halacha one is permitted to recite these brachos even if he did not sleep (and in fact, it is difficult to understand the other opinion in this matter). The Aruch Hashulchan also rules that one should recite these brachos himself.
If one has the choice to recite these brachos himself or hear them from an individual (not a shliach tzibur), it is questionable which is preferable.
Viy’hi Ratzon
Regarding viy’hi ratzon, it would seem to depend on whether it is an independent bracha or a continuation of Hama’avir Shayna –the subject of debate among Poskim. The halacha is that it is one bracha and is therefore subject to the rules of Hama’avir Shayna [above]. However, the Ya’avetz writes that one who did not sleep can make this bracha adjacent to the bracha of Hanosen Layaef Koach. This ruling is very difficult to understand. Nevertheless, even according to the Ya’avetz, if one heard Hama’avir Shayna from the chazan he should try to hear viy’hi ratzon as well, because otherwise he will be subject to the debate of whether one can make a bracha with half of it being said and half of it being heard.
Hanosen Lasechvi Bina – Hanosen Layaef Koach
One may recite these brachos as usual.

The Pesukim of Mah Tovu
These pesukim that are recited when one enters the shul are not related to sleep and therefore one should surely say them upon entering the shul. Even one who learned the entire night would leave before davening to use the bathroom (as mentioned previously), and consequently should recite these pesukim upon reentering the shul to begin davening.