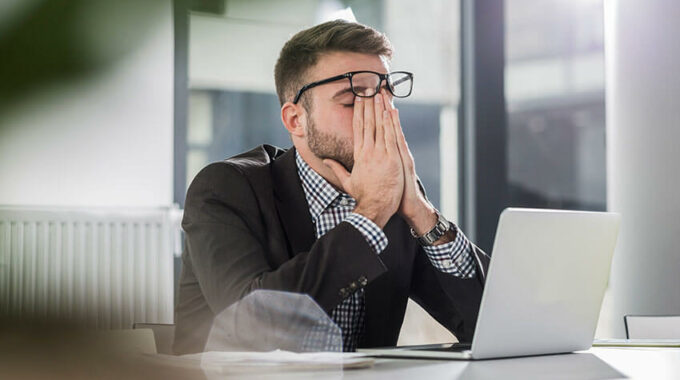 Elon Musk gave Twitter employees a deadline of 5 p.m. Eastern time on Thursday to decide if they wanted to work for him, and he asked those who did not share his vision to leave their jobs, in his latest shock treatment of the social media company.

Mr. Musk made the announcement in an early-morning email to employees on Wednesday…

In his note…Mr. Musk said they would need to work hard—very hard. “In an increasingly competitive world…this will mean working long hours at high intensity. Only exceptional performance will constitute a passing grade.”[1]

The laxity of the work ethic at pre-Musk Twitter is the stuff of Silicon Valley legend,[2] so this represents a sea change. In this article, we consider whether Musk’s demand is legitimate from the Torah’s perspective.

Among its rules governing a Jewish bondsman (eved Ivri—an institution that does not exist today[3]), the Torah commands:

The Sifra explicitly states that this prohibition is limited to an eved Ivri, but “one may subjugate a free man through hard labor”;[5] the Rambam and the Smag also interpret the prohibition as referring specifically to an eved Ivri;[6] and the Magein Avraham suggests, based on the Sifra, that the prohibition does not apply to “our servants,” since they are halachically considered to be free men.[7]

Some authorities extend the prohibition to ordinary employees as well. The Sefer Hachinuch declares:

Although [this prohibition] does not apply in our times, since the economic relationship of eved Ivri does not apply, one should nevertheless be careful regarding this mitzvah even today when paupers are in one’s household. One should contemplate the fact that wealth and poverty are a revolving wheel in the world, and are from Hashem, and He gives them to whomever is right in His eyes, for as long as He desires and not even a moment longer…[8]

What is forbidden by this prohibition? The Rambam rules:

What is excruciating labor? Labor that has no limit, or labor that is unnecessary and is asked of the servant with the intent to give him work so that he will not remain idle.

Based on the above, our Chachamim said that a master should not tell an eved Ivri, “Hoe under the vines until I come,” for he has not placed a limit on the work asked of him. Instead, he should tell him: “Hoe until this time” or “until you reach this place.”

Similarly, he should not tell him “Dig in this place” if he has no need for that activity. Even telling him to warm a drink for him, or to cool one off for him, if he does not need it, is forbidden, and violates a negative commandment, as Vayikra 25:43 says, “Do not impose excruciating work on him.” Thus, an eved Ivri may be compelled to perform only a limited and necessary task.[10]

The Rambam apparently understands that there are two distinct categories of prohibited demands upon servants: labor that has no limit and labor that is unnecessary. The Ra’avad, however, disagrees, and seems to understand that unnecessariness is the sine qua non of the prohibition: One may not tell a servant “work until I come” and then tarry unnecessarily, but if he comes as soon as he is able, he has done nothing wrong.[11]

Rabeinu Yonah apparently has an entirely different understanding of the prohibition:

A man may not enslave his fellow men, and if they are afraid of him, or embarrassed to defy his orders, he may not command them to perform any task, small or great, unless it is according to their will and for their benefit, even to heat up a jar of water or to go out on an errand to the city street to purchase a loaf of bread.[12]

Rabeinu Yonah makes no mention of the criteria of unnecessariness or limitlessness; apparently, any imposition of labor is forbidden if it is against the will of the laborer and not for his benefit. (The meaning of the latter criterion in particular, however, is rather unclear; an employee generally works for the benefit of his employer, rather than his own benefit, and that is obviously not forbidden!) Further, Rabeinu Yonah obviously understands the prohibition as not limited to an eved Ivri.

R’ Nissim Karelitz apparently assumes this position of Rabeinu Yonah to be normative, and consequently rules:

According to this, when one seeks help in the home from his household (and from his wife in tasks that she is not obligated to perform according to [Torah] law) and particularly from children, he must be careful not to subjugate them with hard labor, since any making use of a Jew against his will or not for his benefit, even one’s own child, is a violation of “you shall not subjugate him through hard labor” according to Rabeinu Yonah, and one should therefore only request those things that they are willing to do or are for their benefit.[13]

There are various other discussions of the practical implications of this prohibition in the Torah literature of recent decades, although much of this is semi-formal and anecdotal, and this author is not aware of much authoritative formal halachic literature on the topic.[14]

Regarding Musk’s demand of his employees to work “long hours at high intensity”: According to some authorities, the prohibition against “subjugating with hard labor” is inapplicable, because we are dealing with ordinary employees, not avadim Ivri’im—although of course, the Sefer Hachinuch’s ethical exhortation is still relevant. According to Rabeinu Yonah and those who follow his view, however, the prohibition itself is potentially relevant, and this would hinge upon whether Musk’s planned employment regimen is within the realm of ordinary, albeit demanding, employment, or falls into Rabeinu Yonah’s rather unclear category of work that is imposed upon others not “according to their will and for their benefit.”

Further, the Magein Avraham cites the Shelah as maintaining that the right not to be subjected to avodas perech may be waived by stipulation,[15] so certainly insofar as employment is at will,[16] Musk would seem to be within his rights (legal, if not necessarily moral) to ask his employees to either comply or leave his employ.

[2]As other tech companies were calling employees back to the office after the pandemic, Twitter’s CEO was assuring his employees that they could work from home “forever”: https://twitter.com/paraga/status/1499422876134371329.

Labor Force: May a Person Be Compelled to Work? Part II. Bais HaVaad Halacha Journal. Nov. 10, 2022, in which we discuss the continuation of this note of the Chasam Sofer), and see Ha’avadas Oveid Yehudi Beferech. Din. 26 Tishrei, 5771.

[14]See the discussion and sources cited in Ma’adanei Yom Tov 2 pp. 459-63 and Lo Sirdeh Bo Befrech. Olamot, and the admonition of the Vizhnitzer Rebbe cited here.

[16]See our discussion of whether according to halacha, employment is by default at will or not, in You May Fire at Will. Bais HaVaad Halacha Journal. Jul. 14, 2022.