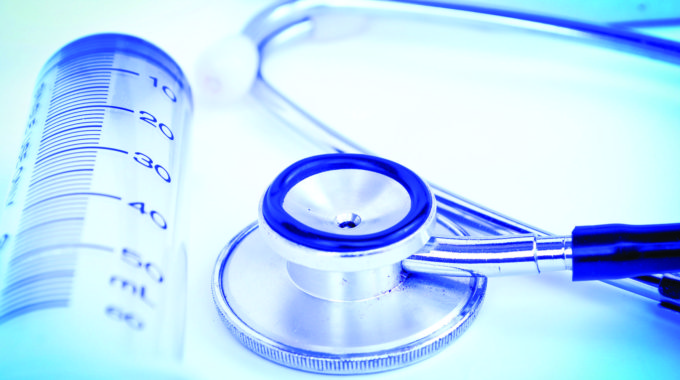 Adapted from the writings of Rav Shmuel Honigwachs

I am The Jewish Nurse.

Yes, that Jewish Nurse. The same one that people are talking about in the Pittsburgh shooting that left 11 dead. The trauma nurse in the ER that cared for Robert Bowers who yelled, “Death to all Jews,” as he was wheeled into the hospital. The Jewish nurse who ran into a room to save his life.

So begins an online post from one Ari Mahler.

Why did he do it?

Bizarre motives aside, the question needs to be addressed: Should one save the life of a murderer?

This issue arose nearly a decade ago in northern Florida, where a Jew named Martin Grossman was facing execution for the 1984 murder of Peggy Park, a Florida wildlife officer who had caught Grossman violating his probation by possessing a gun.

Askanim interceded to save his life. One even got a letter written to the governor by a Catholic archbishop in the name of the Pope, attesting that Grossman was a true ba’al teshuva.

The activists’ efforts, ultimately unsuccessful, were certainly well intentioned. Were they correct?

The Gemara (Nida 61a) records the following story:

There were certain Galileans about whom it was rumored that they had committed a murder. They came before Rabbi Tarfon and said, “Hide us, sir!” Rabbi Tarfon replied: “What shall we do? If I don’t hide you, they will see you. Shall I then hide you? But the Sages have said that although one may not accept lashon hara, one must fear that it may be true. (Rashi: And maybe you did kill and it is forbidden to save you.) So you go and hide yourselves.”

Tosfos quotes the Sh’iltos D’Rav Achai Gaon, who explains, contra Rashi,   that Rabbi Tarfon’s concern was that by harboring a fugitive from the king’s justice, he would be chancing his own execution.

From the Sh’iltos it would emerge that absent a risk to oneself, one should save a rumored murderer.

The Chafetz Chaim (Vol.1, Klal 6, Mekor Mayim Chayim 28) asks that Rashi here appears to contradict his own words in Gittin 47a, where he says that one would be permitted to save someone despite rumors afoot about him. He resolves the contradiction in two ways:

The Chafetz Chaim prefers his second answer, from which it emerges that one must indeed save a rumored murderer.

My friend and colleague Rav Moshe Yoselovsky adduced proof to the concept behind the Chafetz Chaim’s first answer from a Radbaz in Hilchos Sanhedrin 14:8.

The Rambam there discusses the case of a defendant who was sentenced to death by Bais Din but absconded before the verdict could be implemented. He rules that if the charge was murder, any person may pursue the convict and kill him by any means at his disposal.

Radbaz explains the reason that this law applies exclusively to murderers: A murderer on the lam is a threat to public safety.

According to this, one should not save a murderer, at least not a definite one.

If after we save him he will be imprisoned for life and no longer pose a threat to society, perhaps the Radbaz would agree that he be saved.

Sefer Chasidim (Ed. Margalios, 683), citing Mishlei 28:17, writes: “If a murderer runs to you, do not receive him, whether Jew or gentile, as in the incident of Rabbi Tarfon in Nida.”

That the Sefer Chasidim doesn’t qualify the ruling—for example, to apply only where one’s own life is threatened by the king—makes it clear that he is in accord with Rashi, that it is forbidden to save even a rumored murderer.

The Chavos Ya’ir discusses the case of two teenage boys who got in a fight and one killed the other. He fled the country, but a short time later he was sentenced to death in his new location for theft. Askanim intervened on his behalf, but others argued that a relative who is the go’el hadam, the redeemer of the blood, of the dead boy would be permitted to kill him, so why should anyone else seek to save him?

The Chavos Ya’ir rejects that argument, but he concludes that when we see someone who is liable to death facing an unnatural death, we should assume that this is Hashem’s will and not try to stop it. He cites the Rashi in Nida, and he understands Tosfos not to disagree. (Maharik, quoted by Chafetz Chaim (ibid. 30), understands Tosfos as arguing with Rashi.)

It emerges from the Chavos Ya’ir that one should save even a known murderer from a natural death, but not even a rumored murderer from an unnatural one.

May Hashem protect Klal Yisrael from all who mean us ill.