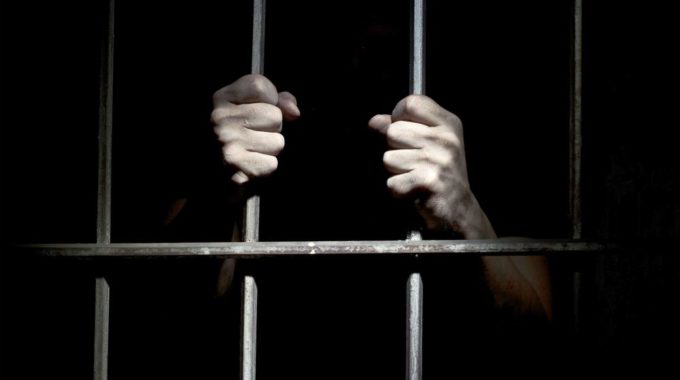 On Apr. 20, 2021, former Minneapolis police officer Derek Chauvin was convicted of second-degree unintentional murder, third-degree murder and second-degree manslaughter of George Floyd during an arrest nearly a year earlier. The episode, captured on video, sparked protests against police brutality and racism that soon spread nationwide, and the guilty verdict was endorsed by national political leaders[1] (albeit more enthusiastically by Democrats than Republicans[2]), as well as Minneapolis Police Chief Medaria Arradondo, who said in a statement that he “respect[s] the process and the decision,”[3] and who had given, along with other members of his department, “dramatic,”[4] “exceedingly rare,”[5] and “damning”[6] testimony against Chauvin.

Although race was never mentioned at trial, public figures declared that Chauvin was motivated by racial bias and looked forward to a guilty verdict as a strike against racism.[7] We will not consider here the details of the legal case but the broader question of whether considerations beyond actual personal guilt may legitimately be taken into account in deciding to impose punishment on an individual.

The classic precedent for the execution of innocent men due to a social imperative is the Biblical narrative, as interpreted by the Talmud, of David Hamelech’s execution of seven of Shaul Hamelech’s sons in order to appease the Giv’onim by avenging some of their number who had earlier been killed by Shaul himself.[8]

While Rav Sa’adia Gaon maintains that the executed sons of Shaul had indeed been among the killers of the Giv’onim,[9] the Radak argues that they had not, as they would have been too young during the brief period of Shaul’s reign to have participated in the killing. Chazal, as well, seem to have taken for granted that they were innocent of any crime, as they raise an objection to the execution from the verse “Fathers shall not be put to death because of sons [and sons shall not be put to death because of fathers],”[10] to which they give the answer

It is better that one letter and one mitzvah be uprooted from the Torah in this manner and thereby the name of Heaven not be desecrated in public.[11]

So a man may be executed for a crime he did not commit, when necessary to avoid chillul Hashem.[12] Of course, from a certain perspective chillul Hashem is the most terrible thing conceivable,[13] so we cannot infer from this that a concern less dire than chillul Hashem could ever justify the execution of an innocent man (although as we shall see below, the sages of Lunel extend this principle to other heinous sins, such as certain forms of idolatry).

Executing a defendant despite witness recantation

During the Esing Bakery incident in 1857, the British colonial Attorney General of Hong Kong Thomas Chisholm Anstey apparently argued that Cheong Ah-lum, suspected of poisoning numerous customers of his bakery by adulterating the bread with arsenic, should be hanged despite the uncertainty of his guilt, because

Better hang the wrong men than confess that British sagacity and activity have failed to discover the real criminals.[14]

This provocative position is not entirely alien to the Torah. The Talmud rules that a defendant convicted of a capital crime based on witness testimony is executed even if the witnesses retract their testimony, and even if they explain why they lied in their initial statement.[15] R’ Yitzchak Arama wonders why the recantation is not accepted when accompanied by a credible explanation, and he explains that this is in order to preserve the honor of the court. Were the court forced to admit that its sagacity and Divine support had not been sufficient to prevent it from sentencing an innocent man to death, it would lose the reverence of the public and its authority would be diminished, which would result in “great damage to the Torah and mitzvos in general, compliance with which the court is commanded to enforce.” We therefore deliberately execute a man we believe to be innocent of the crime of which he was convicted, in order to preserve social order.[16]

A final case in which, at least according to some authorities, innocent individuals are executed for the crimes of others is that of the Wayward City (ir hanidachas), where most or all the inhabitants have worshiped idols. The Rambam rules that although those who have not sinned are not executed, the wives and children of those who have sinned are executed.[17]

R’ Meir Halevi Abulafia objects to the execution of women who have not sinned, and to the execution of children at all (“far be it from G-d that He should do wickedness”[18]).[19] The sages of Lunel respond with the suggestion that the women who are executed are those who did indeed sin, but they are executed even if the normal criteria for execution (e.g., eyewitness testimony to the sin and the receipt of a warning prior to the act) have not been met, because they aid and abet the (male) sinners and enable their society. Regarding children, they note the existence of other historical cases in which children were killed for the sins of their fathers (including the aforementioned episode of the execution of Shaul’s children), and they explain that this is

a stringency that the Holy One, blessed is He, imposed regarding idolatry, oaths, and chillul Hashem, to destroy and obliterate everything, so that the remaining ones will hear and see, because some people love their young sons more than themselves.[20]

[6]Robin Givhan. In trial testimony, Chauvin is cast beyond the blue wall. The Washington Post. https://www.washingtonpost.com/nation/2021/04/06/trial-testimony-chauvin-is-cast-beyond-blue-wall/.

[8]Shmuel II 21:1-9. The details of this killing are unclear; the Tanach contains no account of it. This difficulty was already raised by the Talmud (Yevamos 78b). See the Talmud’s explanation, and cf. the various commentaries (including Radak and Metzudas David) to the Biblical text.

[12]See Radak ibid. for a different answer to the question.

[20]Ibid. pp. 45-46, cited (with significant variation) by Migdal Oz ibid. The Kessef Mishneh ibid. cites the arguments of the sages of Lunel (including some portions we have omitted) and comments: “Some of these points do not appear to me to be correct.” Cf. Ma’asei Rokeach ibid.; R’ Yehoshua Pfeffer, Collective Punishment in Halacha.