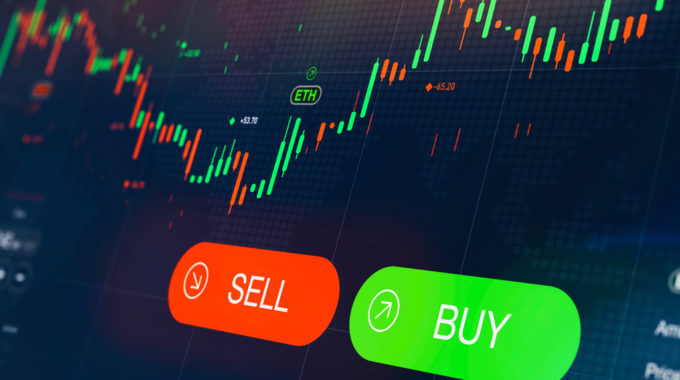 Under the classical theory of insider trading, corporate insiders, such as the directors, officers, and employees of a company, are prohibited from trading based on material nonpublic information (MNPI) that they have obtained in connection with their positions in the company. This theory targets a corporate insider’s breach of duty to the shareholders with whom the insider transacts.[1]

As the U.S. Supreme Court explains:

Under the “traditional” or “classical” theory of insider trading liability, §10(b) and Rule 10b-5 are violated when a corporate insider trades in the securities of his corporation on the basis of material nonpublic information. Trading on such information qualifies as a “deceptive device” under §10(b), we have affirmed, because “a relationship of trust and confidence [exists] between the shareholders of a corporation and those insiders who have obtained confidential information by reason of their position with that corporation.”…That relationship, we recognized, “gives rise to a duty to disclose (or to abstain from trading) because of the ‘necessity of preventing a corporate insider from…tak[ing] unfair advantage of…uninformed…stockholders.’”[2]

Under this theory, insider trading is a form of self-dealing:

As we have previously noted, however:

…Halacha seems to have no black-letter law on self-dealing, and poskim who discuss cases of such do not clearly articulate the precise nature of the wrong perpetrated by the self-dealer.[4]

The Divrei Chaim (Sanz) discusses a court-appointed guardian who leased his principal’s property for less than its fair value, in exchange for a kickback from the tenant, which he pocketed. He maintains that the landlord has the option either to void the lease or to demand for himself the money that the agent took from the tenant, “for it is his, since the house was worth more than the rent for which it was leased due to the bribe, and so [the bribe] must certainly be returned to the owner of the house.”[5]

The Divrei Chaim, however, is discussing a form of self-dealing where the agent is committing outright theft from his principal, and he is simply making the eminently logical point that in such a case, the product of his self-dealing is considered to have been stolen from the principal and so must be returned to him. This straightforward argument does not apply to less-egregious forms of self-dealing like our case of insider trading, where, as we have noted, there is no clear harm at all to those to whom the insider owes fiduciary duties.

The Divrei Malkiel discusses a sale in which part of the purchase price was to be the disbursement to the seller of charity funds that were controlled by the father of the buyer. He argues that this is “absolute theft,” as the father has no right to make a personal purchase with charity funds. He adds that even though the money was contributed to charity with the intent that the father distribute it according to his discretion, and his opinion may be that the seller is indeed an appropriate recipient of the funds, he is nevertheless an interested party (nogeia bedavar) so he may not make such a decision on his own, “as it is known that officials in charge of charity (gaba’ei tzedakah) are like judges that the community has accepted upon itself.”[6]

So while the Divrei Malkiel initially asserts that the form of self-dealing he is discussing constitutes “absolute theft,” he subsequently seems to concede that this is not necessarily so if the buyer is an appropriate recipient of the funds, and he is therefore forced to fall back on condemning the seller’s conduct merely on the basis of the doctrine that public officials like gaba’ei tzedakah have the status of judges. But while this is indeed an established halachic doctrine with respect to public officials,[7] I am unaware of any significant precedent for its application to officers or agents of private businesses.[8]

As the Supreme Court explains:

The “misappropriation theory” holds that a person commits fraud “in connection with” a securities transaction, and thereby violates §10(b) and Rule 10b-5, when he misappropriates confidential information for securities trading purposes, in breach of a duty owed to the source of the information…Under this theory, a fiduciary’s undisclosed, self-serving use of a principal’s information to purchase or sell securities, in breach of a duty of loyalty and confidentiality, defrauds the principal of the exclusive use of that information. In lieu of premising liability on a fiduciary relationship between company insider and purchaser or seller of the company’s stock, the misappropriation theory premises liability on a fiduciary-turned-trader’s deception of those who entrusted him with access to confidential information.

Translating this theory into halachic terms is complex and somewhat beyond the scope of this article; we will merely note here that the basic question of whether halacha recognizes the concept of defrauding someone of the exclusive use of his intangible property is discussed by the poskim in various contexts.

The Noda Bihudah was asked about a customer who hired a printer to print the customer’s  commentary on part of Shas. The printer retained the printing plates after the project was completed, and he later sought to use them to print his own edition of Shas, sans the customer’s commentary. The customer objected that since he had paid for the typesetting, the printer had no right to benefit from this work without compensating him for it, and he demanded a partial refund of the price he had paid for the work.

The Noda Bihudah’s ruling is complex, but at least in certain circumstances, he does accept the basic argument of the customer that the printer is obligated to compensate him for the benefit he derives from what is rightfully his (neheneh).[10] Other poskim, however, reject the customer’s argument entirely, because the customer has no ownership interest in the printer’s plates, so he has no possible claim of neheneh against him.[11]

[8]As we noted in The Fiduciary Standard, R’ Yaakov Schwartzburt (Siach Mishpat (5763) siman 2) asserts that self-dealing by an employee, even when the employer’s interests are not directly harmed thereby, constitutes geneivas da’as, since an employer would not retain an employee who engages in such conduct. I do not currently have access to Rav Schwartzburt’s analysis, but as I recall, my impression upon reading it was that this argument was somewhat speculative and not solidly sourced.