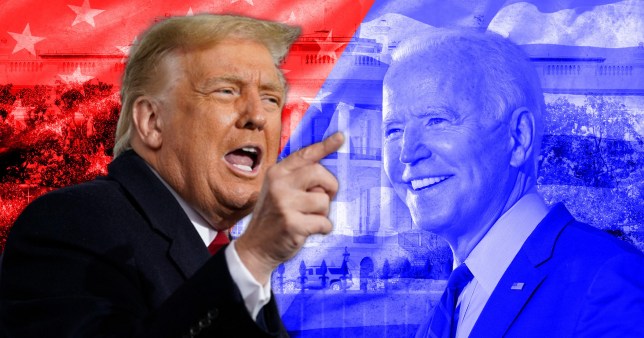 The recent presidential election was the United States’ most controversial since 2000. Though the media projected early on that Joe Biden
was the winner of the contest, President Trump has forcefully and incessantly denounced that conclusion:

If you count the illegal votes, they can try to steal the election from us. . . . [Pennsylvania Democrats are] trying obviously to commit fraud. There’s no question about that. . . . [T]here’s tremendous corruption and fraud going on [in Georgia]. . . . [Mail-in voting is] a corrupt system and it makes people corrupt, even if they aren’t by nature, but they become corrupt.[1]

In this article and a follow-up, we survey some of the halachic literature on electoral fraud and related issues.

Voting “for the sake of Heaven”

The seminal halachic discussion of voting is a responsum of the Maharam of Rothenberg, who rules that when a community cannot reach a consensus regarding public affairs, the disputes are resolved by voting, and all eligible voters are adjured to express their opinions “for the sake of Heaven and for the well-being of the city.”[2] This implies that not only governmental officials, but even individual voters, must set aside any personal interest they may have in the matters at hand and vote according to their best disinterested assessment of the general community’s interest.[3]

R’ Eliezer Gordon of Telz, however, in the course of an analysis of whether relatives of a candidate for office are eligible to vote, grapples at length with the implications and scope of the Maharam’s requirement that every voter must express his opinion “for the sake of Heaven.” He concludes that at least in his case, relatives are nevertheless entitled to vote, after committing to express their opinion “for the sake of Heaven” to the extent possible. He explains that in principle, voters should have the right to vote however they please, even not “for the sake of Heaven,” because they are like partners in the community and they have the right to make decisions regarding the partnership as they see fit. The requirement to express their opinions “for the sake of Heaven” is merely a “takanah (corrective edict),” and since it is not the fault of the relatives that they are unable to be absolutely objective, we require merely that they commit to not be deliberately partial to their relative. Additionally, Rav Gordon notes that in his case the vote was not to choose the objectively superior candidate, since both candidates were equally qualified, but merely to determine the community’s preference.[4]

The Chasam Sofer is emphatic, however, that in order to deprive the winner of the election of his victory, the testimony of two qualified, disinterested witnesses is required. Mere rumor is insufficient, as are the claims of local residents, their relatives, and relatives of the candidates,[7] and even the confessions of voters that they sold their votes and of buyers that they purchased them are not admissible as evidence.[8]

[4]Teshuvos R’ Eliezer ibid. osios 3-4,10. Cf. Shu”t Divrei Malkiel cheilek 1 siman 36 os 9 and cheilek 4 siman 83 s.v. Umah shechasumim who maintains that relatives are ineligible to vote because they are considered interested parties and there was never any intention to grant them the right to opine in such a case.

[5]Teshuvos R’ Eliezer ibid. osios 6-10 has a lengthy discussion of this point and ultimately disagrees with the Chasam Sofer and maintains that voters who return the money they received in compensation for their vote are eligible to vote in a repeat election.