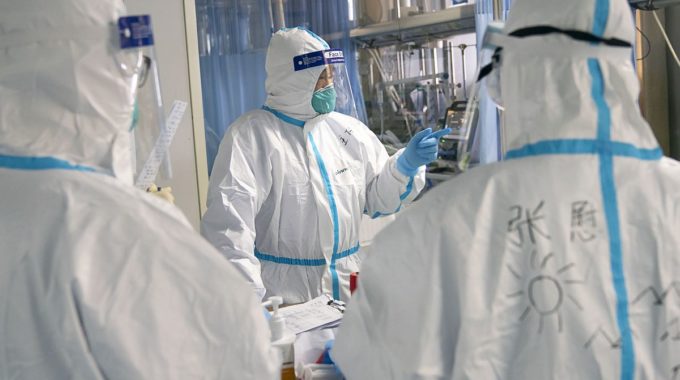 The current coronavirus outbreak is one of the worst international public-health emergencies in recent years, with more than 88,000 confirmed cases in 67 territories, resulting in more than 3,000 deaths as of March 2. In this article, we present various approaches in hashkafa and halacha toward epidemics and contagious diseases.

The Torah commands regarding a metzora: “All the days on which the plague is in him he shall be defiled; he is unclean. He shall sit alone, outside the camp shall be his dwelling place.”[1]

Chazal famously construe the metzora’s requisite seclusion theologically, as a punishment midah k’neged midah for causing dissension (by speaking lashon hara): “He caused separation between husband and wife, between friends; the Torah therefore says ‘He shall sit alone….’”[2] But they also offer a lesser-known, naturalistic explanation for the seclusion: to avoid contagion. The midrash enumerates the prophylactic habits of various amora’im to avoid metzora’im, culminating in that of Reish Lakish: “When he would see one of them in the province, he would pelt him with stones. He said to him: ‘Leave [and return] to your place; do not contaminate people.’” Reish Lakish cited the above pasuk as the basis for this practice.[3]

These two approaches, the theological and the naturalistic, are emblematic of the duality that we find in Torah sources with regard to disease. On the one hand, the fact of Hashem’s justice suggests that we understand disease and death theologically, as punishment for sin, although some do point out that there are sources in Chazal and Rishonim for the idea that not all death and suffering is the result of Divine justice. On the other hand, empirical evidence points toward a naturalistic model of disease and suggests ways to minimize the danger. Following are some of the positions taken by poskim on various questions involving the risk of contagion.

The Rashbash was asked whether flight from an area afflicted by plague is rational, becuase ma nafshach, if one has been sentenced to death on Rosh Hashanah, flight will not help, and if one has been granted life, remaining in place will not result in harm. In a fundamental study of the interplay between Divine Providence and naturalism, he explains that while the two prongs of his correspondent’s dilemma are both quite correct, the fallacy is that not everyone is actually destined to either survive the plague or die. Those who have neither sufficient merit to be assured of life nor sufficient sin to be sentenced to death receive no decree at all, and it is the members of this group whose fates will be determined by naturalistic considerations and who stand to benefit from prudent action such as flight from the plague. He assures us that great sages would indeed flee the plague, “as we have heard of the Rav Rabbeinu Nissim z”l (the Ran) that he fled from it twice.”[4]

Similarly, in response to a correspondent who apparently felt that it is forbidden to flee a plague-infested area as this would constitute an attempt to flout Hashem’s will, the Maharil argues that not every death can be attributed to Divine justice, “and that is the reason that they are accustomed to flee…and so have I seen great people who fled.”[5]

But while the Rama codifies Maharil’s position,[6] R’ Avraham Azulai apparently disagrees, and he strongly criticizes the practice of fleeing to the villages to avoid the plague, as this causes disruption to talmud Torah and tefilah and leads to sin. He considers such behavior contrary to the Torah. He initially suggests that the “naturalists” who assert the doctrine of contagion are simply wrong, but he subsequently argues that the fact that individuals who survive the plague once are likely to survive a subsequent bout indicates the operation of natural processes. He therefore arrives at a hybrid model, somewhat similar to that of Rashbash, where naturalistic considerations are in play, “for Hashem desires [the laws of] nature” and He prefers not to set them aside. He notes that someone who is destined to die but manages to survive the plague through flight or a strong constitution will simply be killed by Hashem in some other manner.[7]

Rama insists that with certain limited exceptions, no diseases are actually contagious, “for Hashem is the Smiter and the Healer,” and that is why we find no distinction in the laws of visiting the sick between contagious and noncontagious diseases.[8] Rav Azulai, too, insists that in times of plague, one must visit the sick and bury the dead. He agrues that arguing that as outbreaks of plague typically lasted several months, inattention to the victims will result in grievously unsanitary conditions. He explains that the level of risk involved is acceptable; that “Hashem watches over fools;” and that He does not place the world in intolerable situations. He recommends that one trust in Hashem and avoid sin (particularly gazing at the faces of women).[9] R’ Chaim Palagi, however, strongly disagrees, asserting that plague most definitely is contagious, as evinced by both empirical evidence as well as various comments of the Rishonim,[10] and that flight and avoidance are certainly the prudent course.[11] The Shulchan Gavo’a also strongly rejects the position of Rama, declaring that the custom is that ordinary members of the public do not visit plague victims, and only special groups who are well compensated for doing so visit them.[12]

May we merit the fulfillment of the pasuk,

Every illness that I placed in Egypt I will not place upon you, for I am Hashem your Healer.

[2]Arachin 16b and Rashi there s.v. hu hivdil, cited in Rashi’s commentary to the above pasuk.

[3]Vayikra Rabbah (Metzora) parshah 16 os 3 (and see R’ Yehudah Leib Binyamin Katzenelson, Sheimos Ha’Negaim Be’Kisvei Ha’Kodesh, in Ha’Yekev, p. 62 end of n. 35). This is also the understanding of the Ramban in his commentary to Bereishis 19:17.

[7]Chesed L’Avraham (Azulai) Mayan 5 Ein Mishpat Nehar 28. It is not clear why this conclusion does not cause him to reconsider his staunch opposition to flight from the plague. See also Rashbash ibid. s.v. ve’af al pi.

[8]Shu”t HaRama (Warsaw 5643) 20 (18 or 19 in other editions), cited in Shiurei Kenesses HaGedolah Yoreh De’ah siman 335 hagahos Tur os 2, and see Shach Choshen Mishpat 312:2. Regarding the apparent contradiction between this responsum of Rama and his codification of Maharil’s endorsement of flight from the plague, see Nishmas Kol Chai chelek 2 Yoreh De’ah siman 49 s.v. pash gaban and Shu”t Tzitz Eliezer Vol. 9, 17:5. (I do not understand the distinction that the latter develops at great length.)

A Helping Hand? The Five-Fingered Hamsa and Ayin Hara

Adapted from the writings of Dayan Yitzhak Grossman January, 20 2022 In the previous article…