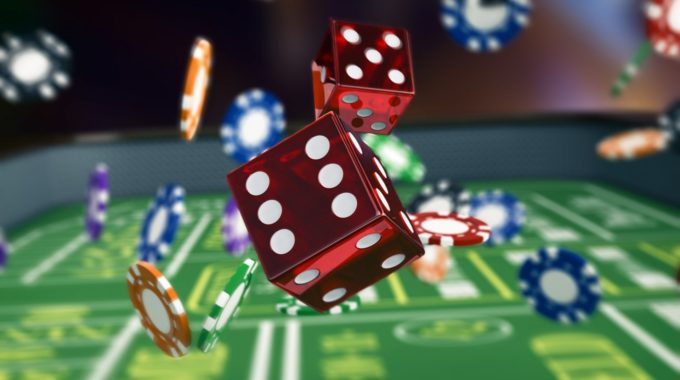 The 2020 presidential election set a record for the online betting dollars it attracted. While U.S. laws proscribe gambling on election outcomes, offshore websites have happily taken up the slack. But betting sites have delayed payouts, pending the finalization of election results. Following December 14’s Electoral College vote, industry titan Betfair announced that Joe Biden was the winner and it would pay out accordingly. Losing bettors cried foul, arguing that the matter remains unsettled, and threatened to file suit.

In some Jewish communities, the upcoming Christian holiday period was a time specially designated for gambling. A brief halachic history follows.

The dreidel, originally used for gambling, has become (at least in American Jewish culture) one of the iconic symbols of Chanukah,[1] whereas card-playing on Chanukah is excoriated by both the Mishnah Brurah[2] and the Aruch Hashulchan.[3] The strange truth, however, is that the association of dreidel with Chanukah is relatively recent, with its earliest documentation going back only about two hundred fifty years,[4] whereas the nexus between Chanukah and gambling per se is much older: As we shall see, there is a German tradition condoning (sometimes grudgingly) gambling on Chanukah (and sometimes on certain other festive days of the calendar) that extends back at least six centuries.[5]

The Mahari Weil (who died nearly six hundred years ago) records a dispute between a husband and his wife’s supporters: The wife’s supporters accused the husband of squandering his money by gambling, and the husband defended himself by claiming that “he engaged in no improper gambling whatsoever, except on Chanukah, as per the custom.” (The Mahari Weil does not challenge the claim that gambling on Chanukah is condoned by custom.)[6]

The Mahari Bruna (who died several decades after the Mahari Weil) records that a certain community banned gambling “except for days on which tachanun is not recited,” and gambling was accordingly permitted “on Chanukah and similar occasions.” A question arose as to whether gambling was permitted on the night following Chanukah, and R’ Yisrael of Marpurk (the Trumas Hadeshen) ruled that it was.[7]

A couple of centuries later, R’ Yair Chaim Bacharach (the Chavos Yair) acknowledges the “long-standing custom” to refrain from gambling throughout the year, except for the days of Chanukah. He recalled that when he was a youth, his father “the chassid” R’ Moshe Shimshon Bacharach was unhappy with this arrangement that designated Chanukah, a holiday established for thanksgiving and praise, as a time for play and levity, and he led a group of communal authorities in an effort to forbid gambling on Chanukah and to instead allow it “on the days of their holidays” (i.e., the days between Dec. 25 and Jan. 1), since this would not involve a disruption of business because people remain in their homes then in any case, “but he was unsuccessful, for they did not agree to change the custom.” (The Chavos Yair mentions this episode in the course of a discussion of when a community may change its minhagim.)[8]

Finally, R’ Yosef Chaim Sonnenfeld (not German, but a younger contemporary of the Mishnah Brurah and Aruch Hashulchan) was asked about those who devote time to “play” (mis’chak) on the days of Chanukah and similar occasions. His correspondent argued that there is no constructive benefit to such activity and it therefore constitutes bitul Torah. Rav Sonnenfeld responded that play is a genuine human need, and that idleness leads to worse things (such as listening to the news), “and not everyone is suited to study Torah constantly.” He concludes (in striking contrast to the Mishnah Brurah and the Aruch Hashulchan) that we should not cast aspersions on this minhag Yisrael.[11]

Rav Sonnenfeld’s correspondent did not accept his tolerant approach, and he repeatedly tried to argue that such a general dispensation for leisure contradicts the mitzvah to learn Torah constantly, but Rav Sonnenfeld refused to concede the point.[12]

In a similar vein, the Chasam Sofer had previously mentioned an experiment in his time to ban gambling “for a certain period, which included [the Christian] holidays,” and concluded that it was a failure:

I saw with my own eyes that this led to many problems of machlokes and lashon hara, since people were off from work, and all they could do is get together and gamble, but now that this was forbidden, idleness leads to many stumbling blocks. I therefore said that the Jewish people are prophets, and the early authorities established this custom [of tolerating gambling] …[13]

The Chasam Sofer qualifies, however, that this is not a dispensation for those who are able to study Torah, since the study of Torah is the definitive countermeasure to lashon hara.[14]

[1]See Nit’ei Gavriel Hilchos Chanukah perek 51, who records traditions that many gedolim, including the Chasam Sofer, made a point of playing dreidel on Chanukah.

[9]Kiddushin 22a-b, explaining why the Torah permits a yefas toar.

[13]The Chasam Sofer seems to be referring to a custom to condone gambling on the Christian holidays, similar to the proposal of R’ Moshe Shimshon Bacharach. Some argue that he was referring specifically to nittel: see Otzros Hasofer 4 Kovetz Michtavim pp. 6-10.