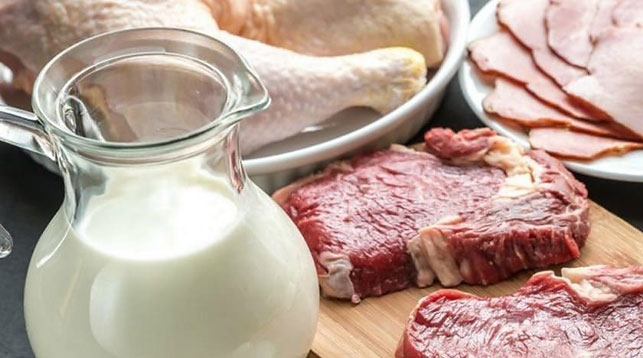 Highlights of a shiur by Rabbi Ari Stauber

And he took cream and milk and the calf he had prepared and placed [them] before them, and he was standing over them under the tree, and they ate.

The Lev Aryeh (Chulin 104a) is troubled by the sequence of events in the latter half of the pasuk. If Avraham was standing over his guests so that he could serve them while they ate, shouldn’t it first say that they ate, and only then that he stood over them?

He answers based on Chulin 103b, where the Mishna says that one may not eat meat while cheese is on the table, or vice versa.

Under certain circumstances this Halacha does not apply, including a case where one places something on the table between the meat and the milk as a hekker not to mix the two.

In other cases, where Chazal forbade an activity out of concern for an inadvertent violation, observes the Lev Aryeh, the problem is averted where a shomer is appointed to remind someone of his responsibilities. Here, too, Avraham was acting as a shomer, making sure his guests would not unthinkingly eat meat and milk together. For this reason, he needed to be standing by before the meal commenced.

This places the Lev Aryeh at odds with Rabbi Akiva Eiger (Y.D. 88), who approvingly cites the Gan Hamelech to the effect that a shomer is ineffective where constant monitoring—as distinct from a one-off reminder—would be required throughout a meal.