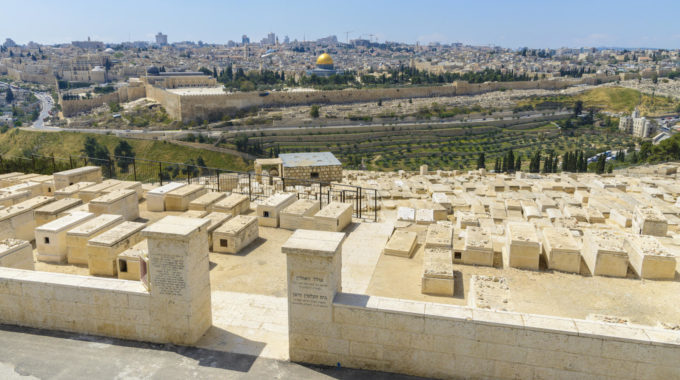 The tomb of the unknown

Four men have been arraigned in Yerushalayim’s Magistrates’ Court on charges of desecration of graves and fraud. The defendants stand accused of robbing decades-old graves in order to resell the plots to foreigners at prices up to $25,000.

The shocking allegations present us with an important Halachic question: If the purchaser of a stolen grave has already been buried in it, should his body be disinterred?

Generally, it is strictly forbidden to exhume a mais. In certain cases it may be permitted, depending on circumstances. These include:

Examples of the final category arise even without grave robbery. Sometimes a person is buried in a grave belonging to someone else by mistake, and poskim have addressed such questions throughout the generations.

The Gemara (Sanhedrin 47b) says that a kever hanimtza, a new grave found on private property—where it was placed without the owner’s permission—may be removed.

This doesn’t apply in the case of a mes mitzva: If someone died and had no one to bury him, it is incumbent upon whoever finds him to do the burial, even a Kohen Gadol or a Nazir, who may not subject themselves to tum’a even to bury a close relative (Nazir 47a). The Halacha is that mes mitzva koneh mekomo—a mes mitzva acquires his location. He may be buried where he is found, even on private property (Bava Kama 81a).

R’ Yechiel Michel Tukachinsky (Gesher Hachaim 2:4:3 s.v. v’achshav nedaber; see also 1:27:1:12) rules that once a grave has been emptied, the heirs of the original occupant have the right to sell or give it to the family of the new occupant.

Rav Tukachinsky writes that the cemetery has the right of refusal, too. They approved only the purchaser as a candidate for burial on their grounds, and should the purchaser not need the site—for example, if he dies while overseas and is buried there—his heirs are entitled only to a refund of monies paid, not the opportunity to name a replacement that the cemetery doesn’t approve.

In Yerushalayim, Rav Tukachinsky writes, the Chevra Kadisha has the minhag to stipulate explicitly in each burial plot sales contract that the tomb is nontransferable and the purchase nonrefundable.

So according to the Gesher Hachaim, the new resident may stay only if both the original seller and the original buyer say so.

Although the dead cannot own property, and occupied tombs are owned by the occupants’ heirs, Rav Tukachinsky adduces support for a novel idea: that the decedent himself maintains a right to the grave in which he is buried that his heirs cannot undermine by sale or gift.

Would this mean that the original tenant must be brought back, and his heirs have no power to waive his rights? No, says Rav Tukachinsky; the niftar’s right is retained only so long as he occupies the grave. Once he has been removed, it is relinquished.

There goes the neighborhood

The public has been rightfully scandalized by the news of this scheme. Suppose the affected parties allow the unintentional interlopers to remain in their graves, but the families of the new occupants don’t want to be associated with the outrage, and they want to transfer their relatives to a different location. May they unearth the bodies on that basis alone? For that matter, what if the families of others buried in the impacted section, whose graves were not disturbed, likewise fear being tainted, and seek to transfer those remains as well? May everyone just get up and leave?

R’ Eliezer Deitsch, Rav of Bonyhad, Hungary a century ago, addresses in a teshuva (Duda’ai Hasadeh 2) the case of a wealthy man whose family paid the full price for a burial plot, only to find that the Chevra Kadisha had entombed him among children. Thinking that this was beneath his stature, the family sought to rebury him elsewhere. One way they suggested this could be allowed was by canceling the sale as a mekach ta’us (an erroneous purchase). Because the sale wasn’t legitimate, the argument went, the niftar may be disinterred, because the grave didn’t belong to him.

Rav Deitsch disagreed. Only the wronged party may claim mekach ta’us, not the one that did the wronging. If this man was cheated by the Chevra Kadisha, in no way can he be considered to have stolen the grave.

The family presented another argument: The man is in a dishonorable site and must be transferred to an honorable one. Rav Deitsch answered simply that there is no source in Halacha for disentombing a mais toward that end.

Similarly in our own case, disassociating oneself from scandal is not Halachic grounds for disinterment, so those affected by the situation will have to live with it. May techiyas hamaisim occur bimhaira v’yamainu so they won’t have to do so for long.