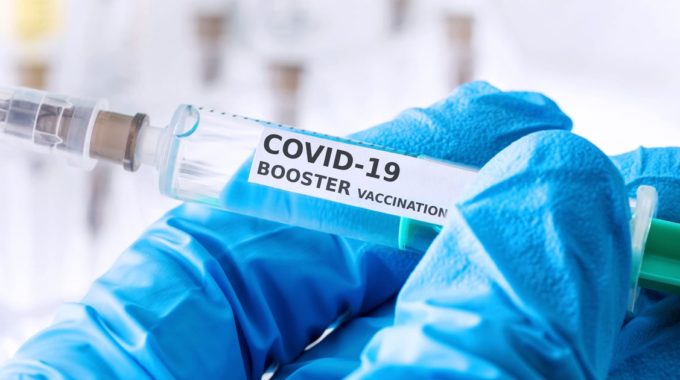 A booster for me or a first dose for you?

As public health establishments around the world have been formulating their COVID-19 vaccine booster shot policies and recommendations, some have argued that utilizing scarce doses of the vaccine as boosters when many people have not yet been able to obtain initial doses of the vaccine is unethical. Govind Persad, a health policy and ethics professor at the University of Denver, maintains that

Once you get to anybody who wants to get a third dose, then I think other people in other countries start to have a rightful basis for complaint.[1]

Similarly, Dr. Monica Gandhi, a professor of medicine at UCSF, says “there is something unethical about getting a booster shot” as a healthy person under age 65:

What I mean by that is that 11 billion doses are needed to vaccinate the world. There are currently—actively—vulnerable people dying because they don’t have access to a vaccine.[2]

A key halachic principle relevant to this question is chayecha kodmim lechayei chaveircha (your life takes precedence over the life of your friend). In this article, we survey various discussions of this principle and its applications.

If two people were walking on a road, and there was a jug of water in the hand of one of them, and if both drink, both will die, but if only one drinks, he will reach a settled area: Ben Petura taught that it is preferable that both of them drink and die, and let not one of them see the death of his friend. Until R’ Akiva came and taught, “And your brother shall live with you”—your life takes precedence over the life of your friend.[3]

The importance of clean laundry

Most of the early authorities do not directly discuss this dispute; an exception is the She’iltos, who rules according to R’ Yosei.[6]

The Rambam rules that a nursing woman is permitted to eat whatever she wants, despite her husband’s concerns that she might overeat or eat harmful foods and the child will die, because the physical pain the woman feels takes priority;[7] the Tur disagrees.[8] The Bais Shmuel explains the apparently perplexing position of the Rambam in light of R’ Yosei’s remarkable assertion that even one’s own laundry takes precedence over the lives of others, despite the fact that unlaundered clothing is only a matter of discomfort![9]

Other Acharonim, however, counter that R’ Yosei’s position is based on the premise (articulated in the continuation of the passage cited above) that unlaundered clothing actually poses a danger to life,[10] or that it is limited to where the inhabitants of the other city are not considered to be in actual danger, either because their city has an alternative water supply or because they can leave the city and travel elsewhere.[11]

Interestingly, some Acharonim argue against the idea that one’s comfort takes precedence over the lives of others on the basis of other halachos governing a nursing woman’s conduct: from the obligation of a divorced woman, who has no further conjugal duties to her ex-husband, to nevertheless continue to nurse her baby if he recognizes her and therefore refuses to nurse from anyone else,[12] despite the fact that nursing entails discomfort;[13] or from the prohibition against a nursing woman marrying for twenty-four months from the birth of her child, in order that she not become pregnant again, which would cause her milk to dry up and thus endanger the child, despite the fact that abstention from intimacy, and indeed from marriage itself, constitutes suffering.[14]

Other Acharonim, however, turn this argument on its head: They infer from R’ Yosei’s position regarding laundry and the Rambam’s principle that a nursing woman is not obligated to suffer in order to avoid endangering her child’s life, that abstention from intimacy (at least for a limited duration of several months or days) is perforce not considered suffering, for if it would be, a nursing woman could not be prohibited from remarrying, despite the fact that this may endanger her child![15]

[9]Bais Shmuel ibid. s.k. 15. He is puzzled, however, by the Rambam’s assumption that the halacha is like R’ Yosei. Cf. Hagahos Shai Lamora ibid.; Shu”t Maharsham cheilek 5 siman 24, along with the sources cited in the following notes.

[11]Hafla’ah Kuntres Acharon ibid. os 12; Shu”t Bais Shlomo Y.D. cheilek 2 siman 99. Bais Efraim ibid. rejects this qualification of R’ Yosei’s position and maintains that he does indeed give precedence to laundry even when the other city faces the possibility of danger to life, although he also insists that it is obvious that even according to the Bais Shmuel, we are not dealing with certain danger to the child but merely possible danger.

[15]Shu”t Divrei Chaim E.H. cheilek 1 siman 18 s.v. Uve’inyan. This is also the implication of Shu”t Achiezer cheilek 3 siman 16, which argues based on the Rambam’s position that in a particular case where a physician had assessed that refraining from marriage might cause the woman to suffer severe mental illness, the prohibition against a nursing woman remarrying would not apply. Evidently, in the normal case where the prohibition does apply, refraining from marriage does not constitute suffering. Cf. Shu”t Sho’el Umeishiv mahadura kama cheilek 1 siman 22 p. 13 column 1.