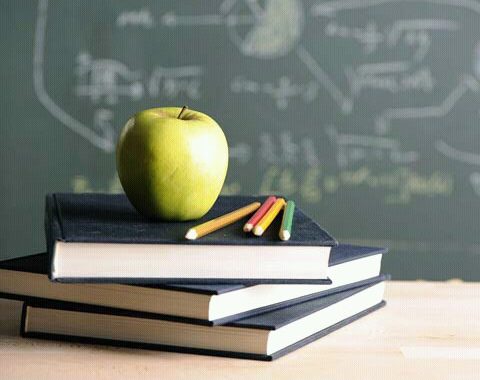 What happens to tuition if the agreement provided for pandemics?

The previous installment in this series focused on the rule that an employee is generally not entitled to compensation for work he does not perform, even if he was prevented from doing so by circumstances beyond his control. Implicit in the discussion of that rule by the Rishonim, however, is that this is merely the default, but it may be stipulated that the employee is to paid regardless.[1]

School enrollment agreements sometimes include the provision that they will not refund tuition paid in the event that the school is closed because of force majeure events, and they may even explicitly enumerate “epidemic” and “pandemic,” e.g.:

The School’s duties and obligations under this Contract shall be suspended immediately without notice during all periods that the School is closed because of force majeure events including, but not limited to, any fire, act of G-d, weather disaster, war, governmental action, act of terrorism, epidemic, pandemic, or any other event beyond the School’s control. If such an event occurs, the School’s duties and obligations in this Contract will be postponed until such time as the School, in its sole discretion, may safely reopen. In the event that the School cannot reopen due to an event under this clause, the School is under no obligation to refund any portion of the tuition paid.[2]

Some force majeure clauses go even further, relieving the school of the obligation to waive even unpaid tuition:

In the event the School is closed for a period of time or must deliver coursework remotely due to an event under this clause, Parent agrees the School is under no obligation to cancel, waive, or refund any portion of tuition that is owed or paid to VCS.[3]

Force majeure clauses like these that explicitly mention epidemics and pandemics should definitely be binding. With regard to clauses that contain terms like “force majeure” and “act of G-d” but do not expressly mention epidemics and pandemics, it might be argued that pandemics such as the current one were heretofore inconceivable in twenty-first century First World countries, so they would not be included in a general provision discussing force majeure events, per the Gemara’s rule that the acceptance of responsibility for circumstances beyond one’s control (oness) does not include circumstances that are uncommon (lo sh’chiach).[4] The Rambam derives from this rule the general principle that with any contractual clause, we evaluate the intent behind it, and we construe it as covering only those circumstances that we judge that the stipulator had in mind.[5] Accordingly, in real-world scenarios there is considerable debate among poskim about how broadly to construe contractual clauses that do not specifically mention particular sets of unusual circumstances. For example, the sixteenth-century Turkish poskim penned numerous responsa considering whether shipping-insurance contracts that mention then-common risks such as shipwreck and piracy should be extended to cover much less common occurrences, including: a mutiny by the crew,[6] a storm that forced the ship to dock at a port where the cargo was confiscated by the authorities because the ship had been used to smuggle arms,[7] and a storm that caused the crew to jettison the mast in order to save the ship, and the ship’s owner then compelled the clients to share in the cost of the damage.[8]

Even in the absence of any stipulation covering school closings, if there exists a prevailing custom (minhag) regarding tuition obligations in such circumstances, it would override the default halacha, as per the fundamental principle applying throughout civil law, and particularly in contractual relationships, that “the minhag nullifies the halacha.”[9] In order to qualify as a minhag, however, the circumstances in question must be “common” and “occur numerous times.”[10] This is obviously not the case for the coronavirus pandemic, but the question would be this: Do we view the pandemic as merely one particular example, if an extraordinary one, of a school closure due to oness, and therefore governed by a minhag—should one exist—covering school closures? Or do we see it as something fundamentally different from the ordinary circumstances that force school closings, and therefore not governed by any minhag but only by the default halacha and any contractual stipulation.

May all such clauses soon become moot.

[1]See the Rishonim cited in our discussion in the previous installment of the case where the employer paid his employee in advance. I have long wondered why such a stipulation is not an asmachta. In a case of davar ha’aveid for the employee, it would not be an asmachta because it is lo gazim, but it seems that the stipulation is generally valid, even in cases that are not davar ha’aveid. I have been unable to locate any discussion of this question, but perhaps because the employer is not accepting a new obligation in the event of an oness, but merely extending his obligation to pay compensation to that situation, it is not considered asmachta.