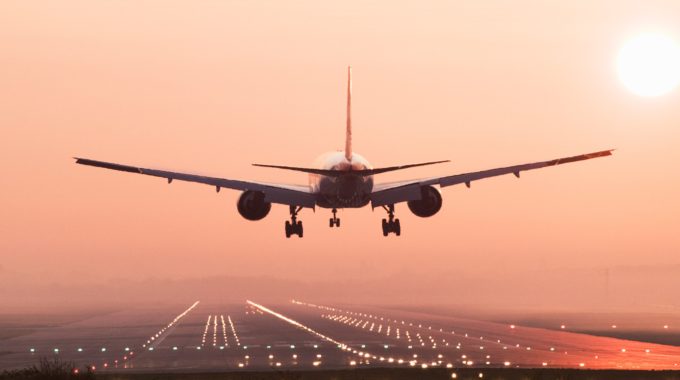 Highlights of a shiur by Rav Daniel Dombroff

A plane on the tarmac is a flight risk.

As delays on the tarmac mounted, pushing the projected arrival time ever closer to Shabbos, shomer Shabbos passengers asked that the plane be returned to the gate so they could disembark and remain in New York.

The captain announced that he would do just that. And as the air-traffic control audio recordings make clear, he received permission from the tower to do so, more than five hours after his scheduled departure. But to the shock and consternation of the frum passengers, he then proceeded—without explanation—to take to the skies.

What happened next is not the subject of this article. Its subject is the Halachic issues that would have arisen had the plane not in the end been diverted to Athens, and it had landed on Shabbos. (Which is exactly what the other ill-fated JFK-to-Tel Aviv El Al flight that night actually did, but that’s another story.)

Of course, one should avoid traveling close enough to Shabbos to risk this outcome. Should oness bring it about, chalila, here is a general guide to some of the issues one might face.

If you become aware that your flight will land on Shabbos, there are some things to do before Shabbos begins.

You will probably be carrying money and a mobile phone. These should be moved from shirt pockets to pants pockets. This is because typically, a shirt pocket is a flat fabric panel stitched to the shirt, requiring the shirt itself to perform half the pocket duties, but a pants pocket is a full standalone pouch that is attached to the garment (See Shulchan Aruch O.C. 310:7, Rama). As a result, walking with money in a trouser pocket is not tiltul muktzeh and, according to some, doesn’t require shaking out (Mishna Berura ibid. 30). However, the pocket does become a bosis for muktzeh, with the implication that one may not move the pocket with his hand on Shabbos.

At the appropriate time, turn on your overhead lamp l’sheim mitzva. Because the lights on modem aircraft do not utilize incandescent bulbs, no bracha is recited.

You may take your carry-on luggage from the plane (see O.C. 310:8), because the non-muktzeh items it holds will generally be of greater value than the muktzeh, and the muktzeh things cannot be shaken out.  Even if the latter are more valuable and the bag is therefore a bosis, see Shulchan Aruch O.C. 266 about the specific latitudes afforded by this type of oness.

One may not travel beyond two thousand amos from the settlement in which he finds himself at the onset of Shabbos, where he is koneh shevisa. Even if techumin don’t exist above the level of ten tefachim from the ground (see Mishna Berura 404:7), you are koneh shevisa, it would seem, when the plane descends to an altitude of ten tefachim, moments before landing. The runway is an uninhabited area larger than a bais sasayim, so the techum count begins immediately at that point (O.C. 396:2).

Your arrival gate will generally be more than 2,000 amos from that spot, so when you get there you’re already out of techum. This leaves you with only your dalet amos in which to maneuver for the balance of Shabbos. However, both the plane and the jetway are reshuyos hayachid and considered an extension of that dalet amos.

But what of the airport itself, beyond the jetway? Although enclosed, it is generally larger than a bais sasayim and so is considered a karfef rather than a reshus hayachid with regard to carrying—and so, it would seem, your dalet amos would not include the terminal—unless it was hukaf l’dira, enclosed for dwelling purposes like eating and sleeping (ibid. 358). There is room to argue that we reckon the airport as such on account of the restaurants on the concourse and the stranded passengers that routinely sleep in the terminal. This would permit walking and carrying.

If wine and bread are not available but mezonos items are, one should be kovaya s’uda on them and use them for kiddush. (See Pis’chei Teshuva 168 that a mere k’zayis may suffice.)

Bread isn’t valid for the daytime kiddush, but by then you will have made enough friends in the terminal to finagle a chamar medina like beer.

Most airport restrooms are now equipped with automatic-flush toilets. These devices utilize a sensor that detects the presence of a person. When that presence is no longer sensed, a solenoid valve is activated and the toilet flushes.

Depending on the type of sensor in use, a paper towel or tissue placed in front of it might prevent the flush. This should be done if possible, but one may still use the toilet if it isn’t, considering that the situation is one of  p’sik raisha d’lo nicha lei on a d’Rabbanan, with kavod habrios at stake.

Whether under any circumstances one might be permitted to take the airport shuttle bus to a hotel is beyond the scope of this article.

May we merit to be mekayeim fully the mitzvos of kavod and oneg on every Shabbos of our lives.