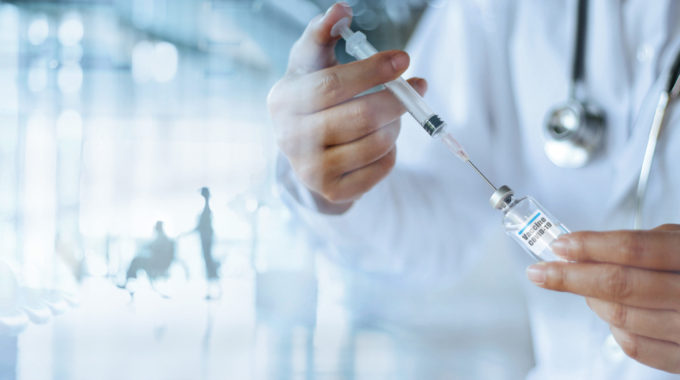 With distribution of the scarce COVID-19 vaccines now underway, prioritization decisions have been made by various authorities: some eminently reasonable, others rather less so, and some quite dubious. In a series of articles, we consider the halacha governing medical triage and prioritization in general, and its application to vaccine prioritization in particular. In this introductory article, we consider the basic Talmudic framework of precedence, its contemporary applicability, and various other triage criteria set forth by the poskim.

The classic discussion of the rules of prioritization of “rescue” is in Horayos:

MISHNAH: The man precedes the woman when there is uncertainty with regard to which of them to rescue…

R’ Moshe Feinstein adds additional criteria that are evaluated prior to the Talmudic hierarchy, as well as a rule that a random selection is to be made when the hierarchy is inapplicable:

A physician must go [first] to the patient who summons him first and the patient nearest his home, and when these factors are equal, he must prioritize according to the hierarchy of the mishnah in Horayos, and if the physician does not know this (i.e., the categories into which the various patients fit), there should be a lottery.[2]

The Chazon Ish, on the other hand, assumes that when two people are equal according to the hierarchy, a third party may choose to save whichever one he chooses.[3] R’ Asher Weiss vehemently rejects, however, the position (attributed to an anonymous gaon whom he considers a posek muvhak) that the physician may choose to save the one that promises him greater compensation.[4]

Some authorities are skeptical of the contemporary applicability of this hierarchy, although they do not really offer satisfactory explanations for their skepticism. While as we have seen, R’ Moshe in one of his responsa takes for granted that the hierarchy is to be followed, in another he writes, “It is difficult to put these rules into practice without very careful investigation (iyun gadol).”[5] Similarly, R’ Shlomo Zalman Auerbach writes, “I think that in our era it is very difficult to operate this way.” Neither R’ Moshe nor R’ Shlomo Zalman provides any further explanation of the difficulty in following a straightforward-seeming set of guidelines.[6]

R’ Avraham Sofer-Abraham writes that it would seem that physicians should follow the hierarchy, but he believes that they do not and instead follow the rule of first come, first served, and he is perplexed by this apparent flouting of a clear halacha.[7] (As we have seen, R’ Moshe also assumes a rule of first come, first served, but he assumes that subsequent to that rule, the hierarchy is followed.)

R’ Asher Weiss maintains that the hierarchy is to be followed (after consideration of other triage criteria, as discussed below).[8]

The Pri Megadim establishes an alternate criterion: One who is in certain danger takes precedence over one who is merely in possible danger.[9] He does not specify whether this criterion is evaluated before, after, or as an alternative to the Talmudic hierarchy.

R’ Shlomo Zalman extends the Pri Megadim’s standard to incorporate the relative chances of saving the patients, but he insists that the patients’ relative ages are not taken into account.[10]

Similarly, R’ Moshe rules that if one patient is expected to survive for more than a year (with treatment), while the other is not expected to survive that long, the former takes precedence, and this criterion overrides the Talmudic hierarchy. If they are both expected to survive at least a year, then an intermediate-term prognosis of death (e.g., within two years) is not taken into consideration, and in such cases, the patient closer to the physician’s home has precedence, followed by the Talmudic hierarchy, as above.[11] Even a very elderly patient, even one who “despises his life” and does not desire treatment, has equal priority to a young person.[12] A patient whose illness is more severe than another’s in the physician’s judgment has precedence.[13]

R’ Asher Weiss, too, maintains that the key criteria in determining precedence for treatment are the severity and imminence of the danger to the patients, the likelihood of our being able to save them, and whether we expect to be able to save them for “long life” as opposed to a brief period (chayei sha’ah). The patients’ ages are generally not taken into account, although R’ Asher is unsure whether a young person would have precedence over a very elderly one who is likely (based on the laws of nature) near death.[14]