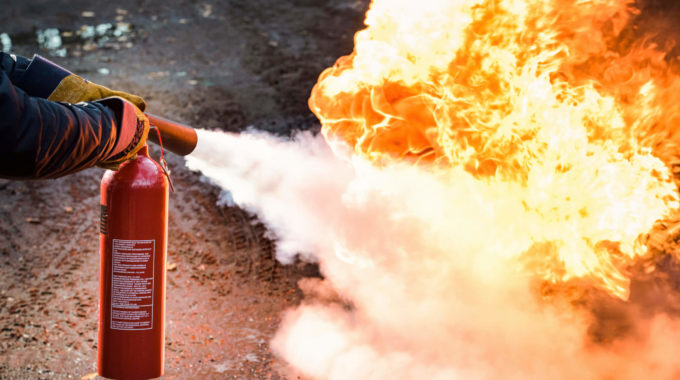 At least 19 people were killed—including nine children—when the city’s deadliest fire in more than 30 years tore through a Bronx apartment high-rise Sunday morning.

Choking, blinding smoke trapped many of the victims of the five-alarm blaze, which was blamed on a malfunctioning space heater turned on to help ward off the cold temps outside, authorities said.[1]

In this two-part series, we survey the evolution of halachic assumptions (in response to changing social conditions and other factors) regarding the level of danger posed by house fires. The first part will discuss the perspectives of the Gemara and the Rishonim, and the second, those of earlier as well as contemporary Acharonim.

Note that these articles are intended as a general survey of the halachic literature on the topic; for practical guidance, a qualified rav should be consulted. As we shall see, the Gemara and the early poskim, and even some contemporary poskim, assume that house fires do not always, or even generally, pose a danger to life. This assumption is obviously based on considerations such as the details of home construction, size, and density, and the noninflammability of the building materials and contents of homes, typical of their societies. Modern home construction and furnishing are very different from those of earlier eras, and accordingly, some more recent poskim do indeed rule that today, house fires are generally considered a matter of life and death, as we shall see.

The sixteenth perek of Maseches Shabbos (Kol Kisvei) deals primarily with the laws of Shabbos pertaining to house fires: preventing them, containing their spread, extinguishing them, and rescuing property from being consumed by them. The premise that underlies the entire discussion is that such fires generally present no danger to human life, and accordingly only certain limited dispensations from the normal restrictions of Shabbos are granted.

Various Rishonim of Ashkenaz ruled that in their era, house fires entailed mortal danger and so could be extinguished on Shabbos. This was not due to any increase in the inherent danger of fires from the Gemara’s era to theirs, but rather to particular social concerns prevalent in their time.

The Or Zarua rules:

It is permitted to extinguish a fire in contemporary times, because there are those who live among the nations, and when there is a fire, they come and loot and kill (i.e., and when people will attempt to defend their property, the looters may kill them[2]), and the situation is not less exigent than that of a city near the border (where desecration of Shabbos is permitted in order to counter the threat of raiders, even if the raiders’ target is…not human beings.)[3]

Even in a situation of (merely) possible danger (safeik sakanah), gedolei Yisrael may extinguish a fire, even though it is possible to have a gentile extinguish it…

In a case of fire, where there is danger that the blood of “the enemies of the Jews” (a euphemism for the Jews themselves) will come to be spilled, one should not instruct a gentile to extinguish [the fire], but it is a mitzvah to extinguish it oneself.

And one of the gedolim publicly expounded that it is permitted to extinguish a fire on Shabbos in contemporary times, and he said that he is expounding this in public in order that he not be considered negligent in a matter of life and death…

Some limited the dispensation to extinguish the fire to where it started in a Jewish house, because

The law of the gentiles is that when they find the one from whose house the fires started, they cast him into the fire…so there is danger to the rest of the Jews as well, since [the gentiles] are accustomed to say, “All Jews are responsible for each other.”

But the Trumas Hadeshen rejects this, arguing that as per the language of the Or Zarua, we are concerned for homicidal looters, not (merely) with “legal” reprisals for the fire. He concludes:

But it appears that we should consider the particular circumstances, according to the opinion of the scholars of the city, e.g., if there are judges and rulers in the city who promise to save the Jews. In such a case, if it appears that there is no danger whatsoever, then they should not desecrate Shabbos at all…[4]

[2]Shulchan Aruch HaRav O.C. siman 334 se’if 28; Kaf Hachaim ibid. s.k. 128; Mishnah Brurah siman 334 s.k. 72. The Trumas Hadeshen (cited below) explains that “via the seizing of property they come to killing.” As cited below, the Knessess Hagedolah also mentions the concern that property owners will be unable to restrain themselves from defending their property and will consequently be killed by the looters, but he states this on his own account rather than as an interpretation of the Or Zarua.