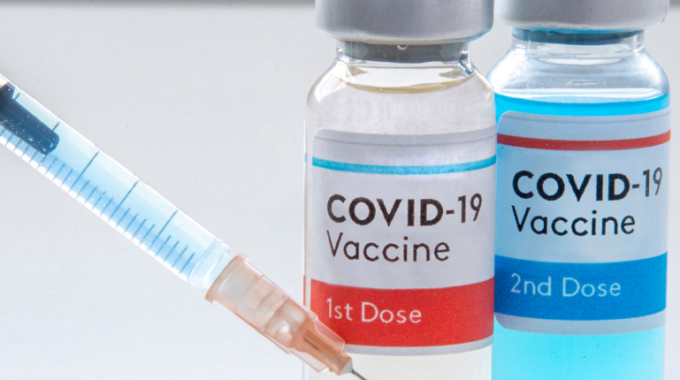 Our previous article, on the liability of vaccine manufacturers for deleterious side effects of their products, discussed the rescuer’s exemption—the Rabbinic enactment that one who damages property in the process of saving a life is exempt from payment. In this article, we discuss several other potential issues concerning vaccine manufacturers’ liability for the side effects of their products.

As noted last week, a whistleblower has filed a lawsuit in U.S. District Court accusing Pfizer of committing fraud, abuse, and protocol violations in its COVID vaccine clinical trials. It seems likely to this author that if those allegations are actually true, the rescuer’s exemption would not apply. But some of the defenses against liability discussed below still might, as we shall see.

It shouldn’t have eaten it

We have previously discussed[1] the Gemara’s rule that

One who places poison before another’s animal is exempt under human law but liable under the laws of Heaven.

The exemption under human law is due to the fact that

The Rosh apparently understands that this exemption is based on the assumption that it is unlikely that an animal will eat something that is harmful to it, so it is not the responsibility of the placer of the poison to anticipate that possibility. Rather, it is the duty of the animal’s owner, if present, to prevent it from doing so.[3] According to this understanding, the Gemara’s rule obviously has no relevance to our case.

But Tosafos explains the Gemara to mean that since the animal brought upon itself the thing that damaged it, it is not appropriate to hold liable the one who placed the poison.[4] According to this approach, the rule would indeed seem to extend to vaccine manufacturers.

R’ Yaakov Hildesheim, a contemporary author, maintains that even according to Tosafos, the rule does not apply when the damage is certain to occur (bari hezeika).[5] The liability of vaccine manufacturers would then hinge on whether the side effects in question are considered bari hezeika. As this author understands, while in most cases side effects are not certain to occur as a consequence of any particular vaccination, the law of large numbers will often imply the near certainty of the occurrence of at least some side effects when a large number of vaccinations is administered; whether this would be considered bari hezeika is an interesting question.

Even if the manufacturers are not liable under the standard laws of torts (nezikin), they may nevertheless be liable under the rubric of dina degarmi. Although indirect causation of damage does not generally engender liability (grama benizakin patur), the subcategory of dina degarmi is an exception. An analysis of the various opinions regarding the distinguishing characteristics of garmi is beyond the scope of this article,[6] but we will note that various poskim do consider the applicability of dina degarmi to cases similar to ours:

The Maharsham discusses the case of a woman who purchased a chemical leavening agent from a peddler to bake honey cakes for a wedding. The cakes failed, apparently because the peddler inadvertently supplied the wrong ingredient. In the course of his analysis of the question of liability, the Maharsham discusses whether dina degarmi applies even to inadvertent damage (shogeig), but he argues that in his case, the seller has a duty of care that results in his conduct being characterized as virtually deliberate (karov lemeizid).[7]

The contemporary dayan R’ Tzvi Shpitz discusses a similar case, initially considered by R’ Shlomo Zalman Auerbach (whose analysis is not directly applicable to our case), of a shopkeeper who inadvertently provided sugar to a customer that asked for salt. The buyer cooked with it and ruined his food. Like the Maharsham, Rav Shpitz argues that the shopkeeper would be liable under the rule of dina degarmi, because he is considered negligent (posheia) rather than shogeig.[8]

Rav Hildesheim considers the case of someone who sold a used electric iron with the assurance that it was in excellent condition. The seller actually knew the iron to be defective, and as a result of its defect it burned the buyer’s garment. Rav Hildesheim considers it obvious that the seller is liable under dina degarmi. (He then proceeds with a lengthy analysis of the defense of “it should not have eaten it,” which he ultimately concludes does not apply in his case, in part because he considers the damage to the clothing to be bari hezeika, which he maintains negates the rule’s applicability, as discussed above.)

So according to these authorities, if the vaccine manufacturers were indeed guilty of fraud, abuse, and protocol violations, and knew (or should have known) about and failed to disclose the potential side effects of their products, then there would be a strong case to hold them liable for dina degarmi. If they acted responsibly, their liability is less clear.

One final consideration is the question we raised earlier: Are side effects that are not certain to occur as a consequence of any particular vaccination, but are a near statistical certainty to befall at least some individuals when a vaccine is administered at scale, considered bari hezeika? We initially raised this question in the context of Rav Hildesheim’s position that the “it should not have eaten it” defense does not apply in a case of bari hezeika. But this question is also crucial to the very applicability of the category of dina degarmi to our case, because according to some Rishonim, the characteristic of bari hezeika is one of the criteria distinguishing dina degarmi, for which there is enforceable liability, from grama benizakin, for which there is not.[9]

[5]R’ Yaakov Hildesheim, Machar Cheifetz Pagum Betoras Chadash Vehizik, Bais Hillel #37 (Shvat [5]769) pp. 40-44. Rav Hildesheim’s understanding of our Tosafos does not seem compelling to this author, but he is correct that this is explicitly the position of Tosfos Rabeinu Peretz (ibid. 56b s.v. Hama’amid).