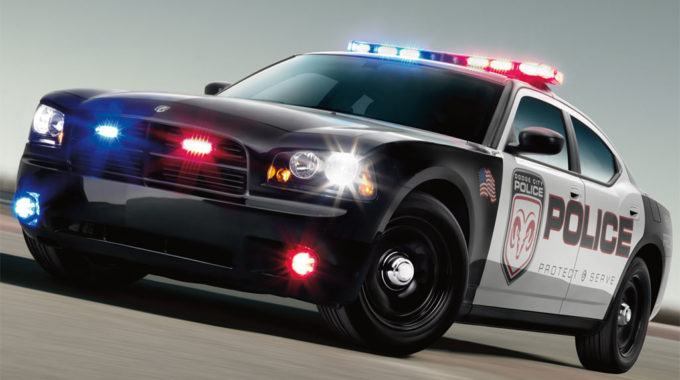 Are Police Above the Law?

On July 17, 2014, Eric Garner died in the New York City borough of Staten Island after Daniel Pantaleo, a New York City Police Department (NYPD) officer, put him in a chokehold while arresting him, and was subsequently fired. Video footage of the incident generated widespread national attention and raised questions about the appropriate use of force by law enforcement. In this article we will examine if law enforcement officials have a dispensation for unintentionally causing death, and what the parameters are.

The Mishnah in Tractate Makkos (8a) exempts a Shliach Bais Din, an emissary of the court, from going into exile for unintentional homicide. The agent of Bais Din was performing a mitzvah, and as the Mishnah explains, there is a dispensation from exile for accidental homicide that occurs while performing a mitzvah. The Rishonim dispute in what capacity did the agent of Bais Din cause death. According to the Rambam (Rotzeiach 5,6), the emissary of the court was forcing a person to appear before Bais Din. Rashi and the Ra’avad understand that the Shliach Bais Din was administering makkos (flogging), and unintentionally gave more than the prescribed amount.

In 1830, Rabbi Moshe Sofer, the Chasam Sofer, was asked to give direction after a tragic incident (Shu”t Chasam Sofer OC 177). A young housemaid had fainted and her mistress panicked.  She ran to get some whiskey to help revive her. In the rush the mistress mistook a bottle of petrol for whiskey. Thinking it was whiskey, she poured the petrol into the mouth of the housemaid killing her. The mistress turned to the Chasam Sofer to instruct her as to what form of atonement (Kaparah) she needs for this terrible mishap.

The Chasam Sofer cites the abovementioned Mishnah as his primary source. He raises an important question regarding the opinion of the Ra’avad. If the emissary of the court gave too many makkos why should he be exempt from punishment? Rabbi Sofer explains, the emissary must have become confused with the number and thought he had not given the proper amount when he actually had. Although the actual hit that killed the person was not a mitzvah, since the beginning of the emissary’s actions were a mitzvah and sanctioned by Bais Din, he still has this dispensation.

Based on his understanding of the Ra’avad, the Chasam Sofer offers insight into this incident. When the mistress ran to get whiskey, she was clearly involved in a mitzvah, and is therefore comparable to the emissary of Bais Din. Therefore, even if she could have possibly been more careful she has the same dispensation as the emissary of the court who became confused and gave too many makkos. The Chasam Sofer concludes that she is not considered responsible for the death of the housemaid, but she should do some form of teshuvah because this terrible mishap happened at her hands.

A contemporary ruling from Rabbi Shmuel Wosner (Shevet HaLevi 4,151) about dental malpractice illustrates this point. According to Halacha, a doctor has a similar dispensation as an agent of the court. Therefore, if he accidentally injures in the course of treatment he is not obligated to pay. Nonetheless, Rabbi Wosner ruled that a dentist who accidentally drilled the wrong tooth is fully obligated to pay. He explains that the doctor’s favorable position in halacha is only when he damages in the actual course of treatment. Drilling the wrong tooth is not considered in the course of treatment and he has the same responsibilities as a layman.

From these sources we can learn that an agent of Bais Din, a doctor, or law enforcement official that causes damage or death in the course of doing his legitimate duties may not be held liable. However, this is only if the initial action that lead to harm was justified. In the case of the Chasam Sofer , the mistress had legitimate reason to get whiskey to revive the girl, as it was apparently considered a proper way to revive a person who fainted. Conversely, if she should have run to get a doctor and instead decided to use whiskey, then the Chasam Sofer might have held her liable for mistakenly bringing petrol. Similarly, in the case of Rabbi Wosner, the dentist never should have drilled that tooth and is not considered one who is ‘involved in a mitzvah’. On the other hand, if while working on the proper tooth the dentist drilled too deep, Rabbi Wosner would seemingly rule more leniently.

These same concepts could be applied to the use of force by law enforcement officials. Similar to the emissary of Bais Din, law enforcement officials should have a favorable halachic status if they unintentionally caused death, but only if they were following proper procedures.  Therefore, if death accidentally occurred while the officer was using an appropriate form of force, even if he could have been more careful, the dispensation of mitzvah would apply. However, if the officer had no permission to use that form of force in a given situation, he loses this dispensation and is fully responsible for an inadvertent homicide.