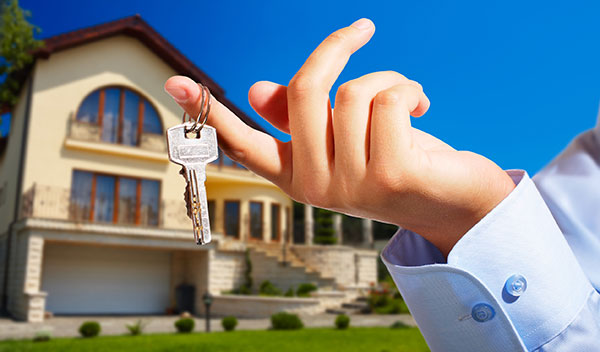 Does a wife actually own property titled in her name?

Authorities that question whether to take the document at face value

The Aruch Hashulchan rules that in contemporary times, dayanim must be “very, very careful” before taking at face value the official recording of the wife as a property owner, since husbands often put their property in their wives’ names “for various reasons that they have, and it is not their intention to transfer [the property] to them.”[1]

Similarly, the Pis’chei Choshen is uncertain whether in our time, the inclusion of a wife in the Israeli Tabu land registry for a property is evidence that she is a half-owner of the property, since such registration is necessary in order to obtain a mortgage. He suggests that if the husband is alive and explicitly makes this claim, perhaps he is believed, but if he is deceased and his heirs make this claim, perhaps they are not believed. Presumably, this is because they have no definite knowledge that this was the case (ta’anas shema), particularly where the wife asserts with certainty (ta’anas bari) that she contributed her own funds for the purchase.[2]

As we noted in the previous article, the idea that a husband may have reasons for recording property in his wife’s name despite her not being the true owner was already suggested by the Rashba. Similarly, the Sh’eiris Yosef suggests that a husband might do this in order to shield his assets from creditors.[3] The Maharsham, however, argues that the Sh’eiris Yosef did not consider this possibility to be dispositive on its own, and he only mentioned it as an additional consideration (snif) in favor of the husband in a case where there were other grounds for ruling in his favor. Generally, though, we have no authority to void a standard gift by saying that he only meant to shield his assets.[4]

Authorities that do take the document at face value

Other recent and contemporary dayanim and poskim rule unequivocally that a wife’s inclusion on official property documents is sufficient basis to consider her an owner.

R’ Yitzchak Shmelkes in Bais Yitzchak and R’ Yisrael Yehoshua Trunk of Kutna in Yeshuos Yisrael maintain that the inclusion of a wife’s name on official government documents grants her ownership according to all opinions (i.e., even according to the Rashba cited in the previous article).[5] (Rav Shmelkes concedes that if there is reason to believe that the recording of the property in the wife’s name was done in order to shield it from the husband’s creditors, she will not be considered the owner.) Similarly, R’ Malkiel Tannenbaum in Divrei Malkiel takes for granted that the recording of property in a wife’s name in a “notarized” document[6] constitutes a gift to her.[7]

[M]any dayanim who serve on batei din in the United States adopt this approach as well.[8]

In a ruling issued by a bais din panel that included R’ Yosef Shalom Elyashiv, the bais din considered our topic at some length, and it ultimately concluded that where it is uncertain whether the funding for the purchase came from the husband or the wife, and the wife claims that it came from her, all poskim agree that the recording of the property in her name confirms the veracity of her claim and she is considered the owner of the property.[9]

[5]Shu”t Bais Yitzchak C.M. siman 72 s.v. Vehinei beguf hadin; Yeshuos Yisrael siman 62 Ein Mishpat in brackets at the end of s.k. 3, and cf. his entire discussion there, as well as his summary in Chukas Hamishpat s.k. 4.

[6]“beshtar shena’asah eitzel hareiant.” “Rejent” in Polish means notary, although I do not know what the legal significance of such a document was in Poland a century ago.