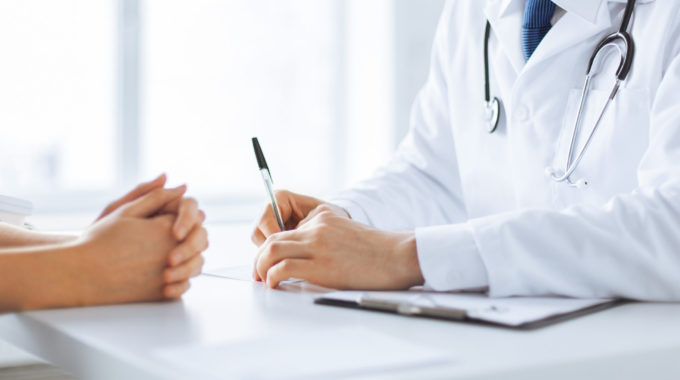 A dilemma often faced by medical professionals is whether to inform a terminally ill patient of his grim prognosis. The last century saw an evolution of American medical ethics from the traditional paternalistic attitude that it is generally in the best interest of the patient for the information to be withheld from him, to the contemporary liberal perspective that considers personal autonomy a supreme value, and thus maintains that:

Except in emergency situations in which a patient is incapable of making an informed decision, withholding information without the patient’s knowledge or consent is ethically unacceptable.[1]

In this article we explore halachic perspectives on this question. In contemporary American medical ethics, personal autonomy as a fundamental value has become the dominant consideration; in halacha, the primary value is simply the welfare of the patient, physical and spiritual. Poskim have inclined increasingly toward disclosure, as we shall see.

Prior to the twentieth century, there is very little halachic discussion of this topic. The Ramban cautions that when we instruct a critically ill person to recite vidui, we accompany this with the reassurance that “many have said vidui but did not die…and many walk about in the street and recite vidui,” in order to avoid destroying his morale.[2] The poskim add that someone who is ill but not in imminent danger of death should not be instructed to recite vidui even with the above caveat, since he will nevertheless assume that his condition must be grave since we are expressing concern about his possible death.[3]

R’ Yaakov Breisch discusses the physician of a patient with terminal cancer. The patient was engaged to be married, but neither the patient himself, nor his family, nor his fiancée knew of his prognosis. Rav Breisch notes that “it is, of course, against the rules of the physicians” to disclose the diagnosis to the patient, in order to avoid aggravating his condition. Rav Breisch’s question is whether the information must nevertheless be disclosed to the fiancée. He rules that it must, so that she can avoid the personal devastation consequent to marrying someone so gravely ill, but he seems to assume that absent such considerations, the “rules of the physicians” should be followed.[4]

The first substantial discussion of our question of which I am aware is by R’ Betzalel Stern, who rules that a cancer patient should not be informed of his diagnosis, since prayer can always be effective, but a patient who is hopeless may not believe this and so will fail to pray properly for his recovery.[5]

R’ Avraham Sofer-Abraham apparently accepts in principle the stance of Rav Stern, but he argues that today it is practically very difficult to conceal cancer diagnoses from patients, particularly since they often require radiation or chemotherapy and treatment in an oncology facility. Further, since the chances of success in the treatment of cancer, including not just the prolongation of life but even the complete curing of the illness, are increasingly good, the patient’s morale may actually be improved by a frank and candid discussion with the physician of his condition and the possibilities of successfully treating it, and the provision of crucially important emotional support.  On the contrary, ignorance of—or even worse, misconceptions regarding—his condition will result in hopelessness and the destruction of his morale. Rav Abraham concedes, however, that in the case of a late diagnosis, where treatment of the disease itself is no longer possible and all that can be provided is palliative care, then “in the vast majority of cases” the patient himself should not be informed of his condition, although his family still should be.[6]

It is reported that when R’ Elazar Menachem Man Schach was asked about disclosing a terminal diagnosis to a patient, he responded by noting the evolution of medical opinion toward disclosure. (The implication is that he gave at least considerable weight, if not total deference, to medical opinion on the matter.) He further added a religious argument opposite to that of Rav Stern:

The point of all suffering that G-d brings upon man is to rouse the person to search his ways and take action to rectify his shortcomings and to repent. If his condition is kept unknown to him by his doctors and family, they are thus preventing him from fulfilling the responsibility that has been cast upon him by G-d. [7]

R’ Yigal Shafran has a lengthy discussion of the subject in which he rejects the position of Rav Stern outright, and he maintains that although each case must be evaluated on its own, and in some cases it is indeed appropriate to withhold a patient’s diagnosis for his own good, in general truth and honesty are strongly preferred, and it is the patient’s right to be informed of his condition—and his duty, in order to prepare himself for the Next World.[8] He notes the additional concern that if patients become aware that the halacha enjoins physicians from being candid with their patients, this itself would result in terrible damage to morale and a complete mistrust of the medical establishment, chas v’shalom.[9]

R’ Eliezer Melamed emphasizes that ultimately, our primary concern is the welfare of the patient. The most important consideration is to provide the patient with emotional support, but giving him the opportunity to recite vidui is important as well. He declines to provide a default rule of disclosure, concluding that each case should be evaluated individually, to determine the best course for the particular patient: Some will be better off knowing the precise details of their illness, while others will be better served by knowing just the general details. A patient should never, though, be told that there is no hope. First, because this can never be known with certainty, and second, in order to avoid the destruction of his morale.[10]

[7] HaRav Schach–Conversations, pp. 235-36. I am indebted to my friend R’ Nosson Kaiser for bringing this source to my attention.