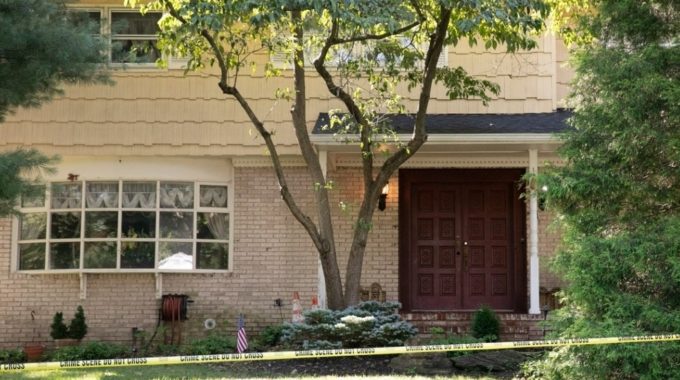 On July 19, a man knocked at the door of the New Jersey home of U.S. District Judge Esther Salas. When the door was opened, he fired multiple shots, killing the judge’s son and injuring her husband. The authorities have identified an attorney who had once appeared before Salas as the primary suspect, but the gunman’s motive remains unclear. Judge Salas had received threats in the past, and the authorities are investigating whether there is any connection between those prior threats and the shooting. North Brunswick Mayor Francis “Mac” Womack, a family friend, said that “As a judge, she had threats from time to time, but everyone is saying that recently there had not been any.” In this article we discuss a judge’s responsibility to dispense justice even in the face of threats of violence.

In Parshas Devarim, the Torah commands judges: “You shall not tremble (lo saguru) before any man, for the judgment is G-d’s.”[1] The translation (by ArtScroll) of lo saguru as “you shall not tremble” follows one interpretation of the pasuk by Chazal, accepted by the poskim as normative, that it is a prohibition against a judge refusing to hear a case out of fear of one of the litigants.[2] The Sifri goes so far as to assert that a judge is enjoined from saying “I am afraid of so-and-so, lest he kill my son, or lest he burn my heap [of grain], or lest he cut down my saplings.” This demand of a judge to risk even his child’s life in order to do his duty is accepted by most poskim, although the Bach rejects it as non-normative.[3]

The scope of the prohibition

Even some of the poskim who do accept the position of the Sifri as normative, however, limit its application to where the risk is uncertain.[4] The Shevus Yaakov goes even further and explains that Jewish litigants, even ones with an established character of general wickedness, are not suspected of being prepared to commit murder in reaction to a verdict of civil liability, but if a litigant does indeed have an established character of that sort, then the prohibition of lo saguru does not apply (although it would still apply if the anticipated harm is merely financial).[5] See below, however, for R’ Aharon Walkin’s dissenting view.

The Erech Shai aligns the position of the Sifri with the Talmudic principle that “those on the path to perform a mitzvah are not susceptible to harm (sheluchei mitzvah einan nizokin),” unless the “danger is commonplace (sh’chiach hezeika).”[6] He explains that the prohibition of lo saguru is based on the idea that the judge who is performing a mitzvah will not suffer harm thereby,[7] since sheluchei mitzvah einan nizokin, but insofar as the danger is sh’chiach, the principle of sheluchei mitzvah einan nizokin does not apply, and therefore neither does the prohibition of lo saguru, even where the anticipated harm is merely financial, since it is “utterly unreasonable” to expect the judge to suffer a financial loss in order to protect the interests of the (rightful) litigant, due to the basic rule that one’s own interests take precedence over those of others.[8]

R’ Yaakov Gesundheit in Tiferes Yaakov arrives at a similar position based on an entirely different argument. A judge is prohibited from adjudicating a case in which he has any interest whatsoever (nogeia badavar), however remote.[9] How, then, can a judge be even allowed, let alone obligated, to adjudicate a case when his property or the life of his child is at stake? Rav Gesundheit therefore concludes that the Sifri’s demand is limited to cases of indefinite and uncertain danger, where the mitzvah of lo saguru orders the judge to disregard such unsubstantiated concerns, but where the danger is likely (“karov”) and the litigant has an established character of malevolence, the judge is certainly considered an interested party and is indeed prohibited from adjudicating the case![10]

Related to this issue of the extent of the prohibition according to the Sifri is the question of how to reconcile the Sifri’s apparent contention that the prohibition of lo saguru applies even in the face of a concern for human life with the general rule that one is not required to give up his life in order to fulfill a mitzvah (ya’avor v’al yeihareig):

[7]A similar interpretation of the prohibition of lo saguru appears already in Sha’arei Teshuvah cheilek 3 siman 33.