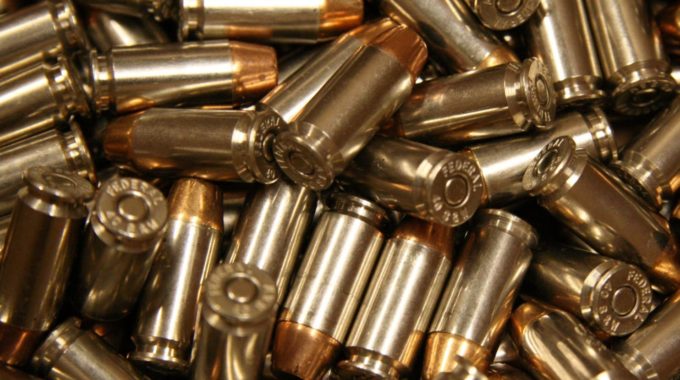 Shmuel Silverberg, a nineteen-year-old yeshiva student, was fatally shot last week in front of Yeshiva Toras Chaim in Denver, in the culmination of a crime spree that included two carjackings and another shooting that left a victim critically injured.[1] There have been a number of high-profile murders of Jews in the United States in recent years, including Pittsburgh, Poway, and Jersey City, as well as numerous acts of nonlethal assault and vandalism.[2] This author has heard that some Orthodox Jews have begun carrying firearms for protection. In this article, we explore various Torah perspectives on the bearing of arms for self-defense.

The Mishnah records a dispute about whether one who bears arms in a public domain on Shabbos is liable to bring a sin offering. R’ Eliezer maintains that the weapons are ornaments for him, so the bearer is not liable,[3] while the other sages maintain that he is liable, because:

[Weapons] are nothing other than reprehensible, as it is written: “And they shall beat their swords into plowshares and their spears into pruning hooks; nation will not raise sword against nation, neither will they learn war anymore.”[4]

In a braisa cited by the Gemara, R’ Eliezer defends his position by explaining that although weapons are currently ornamental, they will nevertheless be eliminated in the Messianic era because they will become unnecessary, and they will thus no longer have even an ornamental function, just as “a candle in the afternoon” does not.

The Gemara proceeds with an alternative explanation of R’ Eliezer’s view: He maintains that even in the Messianic era, weapons will not be eliminated, in line with the opinion of Shmuel that “the only difference between this world and the Messianic era is subjugation of the governments,” i.e., society will not change, and wars will continue to be waged.

The Gemara concludes its discussion by adducing a source for R’ Eliezer’s position that weapons are considered ornaments from a pasuk in Tehillim: “Gird your sword upon your thigh, mighty one, your glory and your splendor.”[5][6]

We have, then, a fundamental dispute regarding the Torah’s attitude toward weapons: R’ Eliezer considers them ornaments, at least in the non-Messianic world, but the other sages consider them reprehensible, a necessary evil, and thus presumably something to avoid unless absolutely necessary.

According to R’ Avraham Yitzchak Hakohen Kook, R’ Eliezer’s position is that even in our non-Messianic world, the purpose of weapons is not to spill blood, but on the contrary, to maintain peace via deterrence and a balance of power, which are necessary in our era, in which international “opposition” (nigud) is essential and productive for social development. This positive function of weapons is what makes them considered ornaments.[7]

Although the halacha does not follow the view of R’ Eliezer,[8] Rav Kook’s perspective that a weapon’s primary function is deterrence rather than shooting arises in a different context: the muktzeh status of firearms. Some poskim maintain that a firearm is muktzeh as a kli shemelachto le’issur (a utensil whose function is prohibited on Shabbos), because its primary function is to be fired,[9] but the Shmiras Shabbos Kehilchasah quotes R’ Shlomo Zalman Auerbach as stating that:

It seems that [carrying] a rifle or pistol in order to cause fear is actually considered tzorech gufo (handling an item for the purpose of making use of it, which is permitted for a kli shemelachto le’issur) (and it seems that not during wartime, most of their utilization is merely to intimidate).[10]

Rav Auerbach seems to be saying that a firearm is actually a kli shemelachto leheteir, because outside of wartime, its primary function is deterrence rather than shooting.

Returning to the Gemara’s question of carrying weapons on Shabbos, the Or Zarua rules that when there is fear and rumor of impending enemy attack, it is permitted to carry weapons “to guard and to make a commotion in the city” in order to forestall the attack, because “we are not meticulous regarding pikuach nefesh.”[14] It is difficult to establish, however, how substantial the danger must be in order to qualify as pikuach nefesh.

Over the past century, many poskim have considered the permissibility of carrying weapons on Shabbos, in various circumstances of necessity and danger;[15] analysis of their rulings and the numerous halachic questions involved is beyond the scope of this article.

Nicole Chavez, Brynn Gingras, and Kristina Sgueglia. Anti-Semitic attacks are being reported in US cities as tensions flare over the Israeli-Palestinian conflict. CNN. https://www.cnn.com/2021/05/21/us/anti-semitic-attacks-new-york-los-angeles/index.html;

[3]Me’iri implies that R’ Eliezer nevertheless prohibits bearing them lechatchilah, and this is the explicit position of Magein Avraham siman 301 s.k. 27. Meleches Shlomo is uncertain about this. R’ Prachiah ben Nissim interprets R’ Eliezer to permit bearing arms even lechatchilah, but he understands that the Mishnah actually records two different dissenting views: one that merely forbids the practice, and one that maintains that it engenders sin-offering liability. Cf. Machatzis Hashekel ibid.; R’ David Lau, Tiltul Kli Neshek BeShabbos.