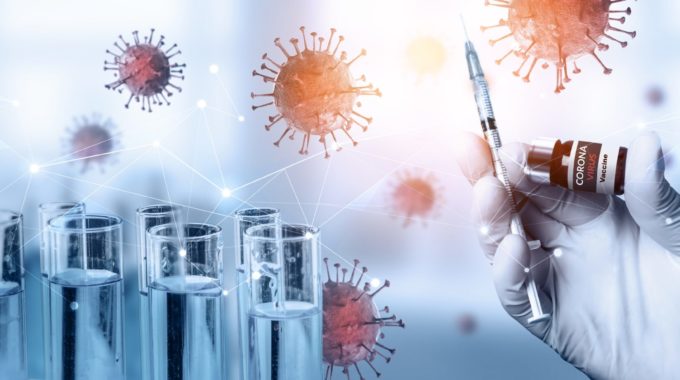 How imminent must a threat be to be considered pikuach nefesh?

Our previous article introduced the question posed to R’ Asher Weiss by a researcher working to develop a COVID-19 vaccine as to whether he was permitted to work on Shabbos, and we discussed the Noda Bihuda’s requirement of choleh b’faneinu (a sick person being actually present) in order to apply the dispensation of pikuach nefesh (the principle that most halachic prohibitions are set aside in order to preserve life).

The Chazon Ish: it is difficult to make predictions

The Chazon Ish cites the Noda Bihudah’s standard of choleh b’faneinu but proceeds to explain that the question is not whether the situation of pikuach nefesh is actually present or merely anticipated in the future, but rather whether the anticipated pikuach nefesh is concretely rooted in the present situation, as opposed to being a concern for the future that “has no connection to the present.” He explains that “In truth, we are not proficient in predicting the future…and therefore we do not consider remote future possibilities.” Like the Noda Bihudah, he argues that if we were to consider any possible eventuality of danger as pikuach nefesh, this would nullify all the mitzvos, and we would be permitted, for example, to fashion weapons on Shabbos even during peacetime.[1]

Whether the Chazon Ish is actually disagreeing with the Noda Bihudah, and if so, what are the practical ramifications of their disagreement, is not entirely clear. R’ Shlomo Zalman Auerbach explains the Chazon Ish to mean that even if there is not an actual choleh b’faneinu, if the disease is widespread enough that there is certainly a choleh somewhere in the world whom we can help “immediately” by an autopsy, then such an autopsy is permitted.[2] Similarly, R’ Shlomo Zalman is reported to have unequivocally required the autopsy of a child whose condition deteriorated rapidly after receiving a vaccine against viral hepatitis and subsequently died within several hours of receiving the vaccine, due to the need to investigate the possibility of the vaccine having caused the death (perhaps due to a contaminated batch of vaccine). Although this possibility was admittedly remote, it nevertheless justified an autopsy since if established to be the case, it would have had immediate consequences for the safety of other children and for the vaccination policy of the Israeli health ministry.[3]

R’ Asher argues that the question of whether our case of COVID-19 vaccine development, where “most experts believe that it is nearly certain that they will succeed in developing a vaccine,” would be considered pikuach nefesh, would hinge on the dispute between the Noda Bihudah and the Chasam Sofer on the one hand, and the Chazon Ish on the other. According to the former, it would not, while according to the latter, it would.[4]

R’ Moshe argues that even if the possibility of saving future sufferers of the disease in question would constitute pikuach nefesh, autopsies would still be prohibited, since “There is no obligation incumbent upon a person to learn how to heal…the obligation upon a person is merely to save his fellow to the extent that he is able, so that if he is already a physician, there is an obligation upon him to heal his fellows who are sick, and if he is able to swim he is obligated to swim in the river to save someone drowning in the river, but there is no obligation upon a person to learn how to swim and how to heal the sick,” and since there is no such obligation, the prohibition of nivul hameis (defiling the dead) remains in force.[5]

R’ Moshe invokes the same argument in refutation of the suggestion that the concern for pikuach nefesh can justify a kohein attending medical school (and thereby coming into contact with dead bodies in anatomy classes, something normally prohibited to a kohein).[6] R’ Moshe calls this “shtus v’hevel (nonsense and folly),” firstly on the basis of the above argument that there is no obligation to study medicine, and therefore no justification for violating a prohibition in order to do so, and secondly on the grounds that there is no lack of physicians in the world.[7]

After discussing much of the above literature, R’ Asher ultimately concludes that the COVID-19 vaccine researcher may not work on Shabbos, because even in the best-case scenario, it will be several months before a vaccine is ready for widespread use, and so it is extremely implausible that the researcher’s work on Shabbos will actually save lives. Even dedicated researchers take time off to spend with their families, and human beings cannot work constantly without breaks, so instead of working on Shabbos, the Jewish researcher can work an extra hour or two during the week. The bottom line is that “since we are speaking of a worldwide research effort with multiple foci, and it is impossible to predict when it will conclude, we cannot consider work on Shabbos to be a matter of pikuach nefesh, and there is no basis for leniency.”[8]

[5]Igros Moshe ibid. R’ Asher (s.v. Ach lan”d) seems to imply that this is actually what the Noda Bihudah and Chasam Sofer mean. It is quite difficult, however, to read this into their words.

[6]The suggestion appeared in a pamphlet of unknown authorship brought to R’ Moshe’s attention by R’ Shimon Schwab. One R’ Mordechai Hakohein apparently held this view, and R’ Chaim Hirschensohn is also cited as invoking pikuach nefesh, at least in combination with other arguments, to allow a kohein to attend medical school (see the comments here). Numerous other poskim have discussed the basic question of a kohein attending medical school, and some have ruled leniently based on other arguments; see, e.g., the basic survey of Edward R. Burns “The Study of Medicine by Kohanim” (available here), and the sources cited in his bibliography.

[8]Cf. Shu”t Minchas Asher cheilek 2 siman 121 (available here), in response to a question from Dr. Bezalel Perl, an emergency room physician at Shaare Zedek Medical Center, as to what he should do regarding krias shma and tefilah in times of “great and incessant stress” in the emergency room. In the course of his response, Rav Weiss rules that if he is able to take even a brief break, as he would typically do to get a drink and relax, and he is able to recite krias shema and pray “ikar tefilah,” he should do so, but if not, he is certainly exempt. Moreover, if by interrupting his work to pray he will thereby engender any degree of pikuach nefesh whatsoever, then it would seem that if he does so, he would not fulfill his obligation of prayer. Great care is therefore required, since if there is a concern of sakanah, he should not interrupt his work, but he is able to interrupt it without any concern of sakanah whatsoever, he is obligated to do so.