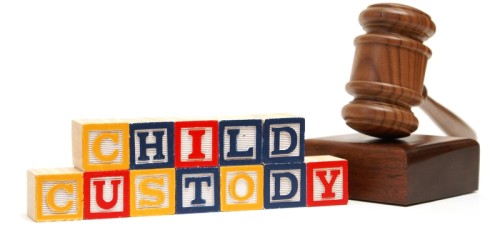 Chain of Custody: Whose Child Is It?

On Apr. 23, 2018, Alder Hey Children’s Hospital in Liverpool, England removed ventilatory support from toddler Alfie Evans, who had an undiagnosed neurodegenerative disease and was in a “semi-vegetative state.” This followed a sensational legal and public-relations battle with his parents, who had vehemently opposed the decision to discontinue life support. Alfie’s parents weren’t even allowed to transfer their child to Italy, which had granted him citizenship and stood ready to offer prolonged life support and medical treatment, gratis, at a hospital in Rome. Alder Hey argued in court that continued ventilator support was not in Alfie’s best interest and that further treatment was not only futile but also unkind and inhumane. Doctors claimed that Alfie was kept alive only by the ventilator and would expire in minutes upon its removal. Mr. Justice Hayden of the High Court in Liverpool sided with the hospital, asserting that Alfie needed peace, quiet and privacy.

There are obviously many profoundly important issues raised by this heartbreaking episode. In this article, we consider the question of who has the ultimate authority over a child, his parents or Bais Din?

The Halachic tradition says little about parental rights of custody and authority over children. In the context of custody disputes, the Gemara provides two basic rules,[1] both of which involve assumptions about the best interests of the child.[2] Subsequent discussion of the topic also focuses largely on establishing the best interests of the child,[3] with little mention of parental rights vis-a-vis their children. There are, however, authoritative sources for the existence of such rights.[4]

Among contemporary authorities, HaRav Dovid Cohen maintains that parents do have rights but that the interests of the child override these rights.[5] HaRav Tzvi Gartner, on the other hand, adopts the radical stance that concern for the interest of the child is “obviously not an independent value.” In his view, the entire discussion of child custody is actually about reconciling the conflicting rights (the existence of which is also “obvious”) of the parents to their children, and consideration of the child’s best interests is introduced only as a means to resolve deadlocks between the claimants. In support of this thesis he observes that “we have never heard” of a Bais Din removing a child for his own good from the custody of parents who are living together in peace and tranquility. But HaRav Gartner concedes that if the concern involves danger, either physical or spiritual, to the child, it does become an independent value, and under such circumstances the court will remove a child even from the custody of parents in a healthy relationship.[6]

While HaRav Gartner is surely correct that almost all Halachic rulings on child custody occur in contexts involving rival custody claims, there are at least a couple of recorded cases of Bais Din intervention to forestall physical and spiritual danger even in the absence of rival claims. Examples follow.

The Me’il Tzedaka, writing two centuries ago, discusses[7] the case of three families who planned to move to Eretz Yisroel by sea. A local Bais Din objected, arguing that while the adults had the right to undertake the dangerous voyage themselves, they had no right to impose the risk on their children. The Me’il Tzedaka disagreed, arguing that insofar as the danger to the adults is not substantial enough to enjoin them from making the journey and the peril to the children is no greater than that to the adults, the parents are acting within their rights, because “anything that is permitted to do to oneself is permitted to do to one’s minor children.” So the Me’il Tzedaka acknowledges the basic principle that parents may expose children to risk, but he apparently concedes that Bais Din may intervene where the risk exceeds the permissible level.

At odds with this is the stance of the Avnei Nezer[8] regarding bris mila in a certain situation of slightly elevated risk. He rules that while an adult is obligated in the mitzvah despite the danger, due to the principle that mitzvah emissaries are not harmed when the risk is not great, nevertheless one may not circumcise a child in such a case, because “he is permitted only with regard to himself, but not with regard to others.” The Bais Yitzchak,[9] in a similar context, initially took the position of the Avnei Nezer that adults may not endanger a child by circumcising him where the risk is elevated, but he subsequently maintained that a father is permitted to assume risk for his son just as he may do for himself.[10]

Bais Din’s duty and authority to protect children from harm even at the expense of parental rights is construed by the Radbaz[11] to include spiritual harm. He discusses the case of a divorced mother who had behaved immorally while her daughter was in her custody. He rules that due to the potentially deleterious effect the mother’s conduct may have upon the daughter’s character, Bais Din is obligated to remove the child, even in the absence of any objection to the mother’s continued custody by the girl’s other relatives.

May Hashem save Klal Yisroel from every tzara umachala.