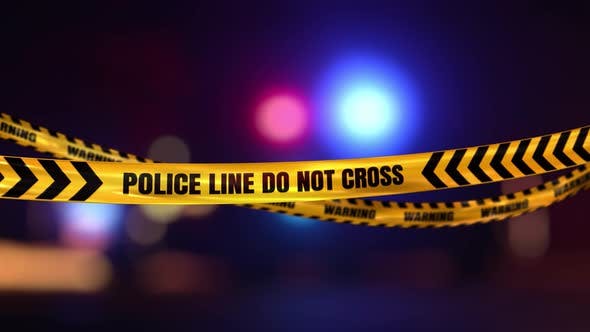 On April 20, Columbus, Ohio police officer Nicholas Reardon shot and killed sixteen-year-old Ma’Khia Bryant. He had responded to a 911 call in which screaming can be heard as the caller asks police to come and says someone is trying to stab her.

Reardon’s body camera showed…Bryant with a knife in hand and making movement toward another young woman, who falls backwards to the ground at the officer’s feet.

Bryant then turns and moves toward another young woman…The video shows Bryant holding the knife and moving it in a motion that appears to be an attempt to swing the knife at the young woman’s upper body. Reardon is heard saying “Get down” multiple times and then fires his weapon. Four shots are heard…and Bryant falls to the ground…[1]

We have previously discussed in various articles the halacha governing the use of lethal force by law enforcement officers and other agents of the state; in this article, we consider the application of the laws of rodef to the killing of Ma’Khia Bryant.

A rodef (one who is “pursuing” another with lethal intent) may be killed in order to prevent the intended homicide.[2] This is not merely permitted, but mandatory.[3]

As we have previously discussed, the license to kill the rodef does not apply where the nirdaf (the pursued, i.e., the rodef’s target) can be saved[4] by merely maiming the rodef. A rescuer who nevertheless chooses to utilize lethal force is guilty of capital murder,[5] although there is some dispute over whether this means that a court will actually execute him.[6]

From a practical perspective, the obvious difficulty is ascertaining whether nonlethal force is really a viable alternative. Police officers commonly retort to those who criticize them for the use of excessive lethal force that “shooting to wound doesn’t make sense scientifically, legally or tactically”[7] and point out how difficult it is to aim precisely in real-world situations. With respect to our case in particular, while some pundits have insisted that nonlethal intervention, such as shooting in the air, using a taser, or shooting the leg or other body part, should have been tried, others rejected these options as likely to have been ineffective;[8] and while some mental health professionals have claimed that someone trained in nonviolent de-escalation could have safely defused the situation[9]—though the attacker had already begun swinging the knife—at least some experts in the use of force by law enforcement have argued that Reardon acted entirely reasonably:

“I don’t know what the officer could have done differently,” [Bowling Green State University criminologist Philip M.] Stinson said. “Based on what I saw, there was no opportunity for the officer to de-escalate.”

[James] Scanlon (a retired Columbus police SWAT officer who has served as an expert witness at trials in use-of-force cases) said use of a Taser isn’t an appropriate response “to a lethal-force situation,” and police are trained to target only one thing when they shoot to protect themselves or others—“center mass” of the person they’re trying to stop.

Officers are trained “to shoot until the threat is neutralized,” he said.[10]

When evaluating reactions to police behavior in such cases, it is of course important to remember that “most human affairs come down to depending on whose ox is gored.” Ma’khia Bryant was black; when Gidone Busch, who was an Orthodox Jew, was shot and killed two decades ago by police officers in Borough Park after threatening and attacking them with a hammer, a significant portion of the local frum community was unwilling to accept the officers’ perspective that they had had no alternative to lethal force:

[M]any of the people who poured into the streets last night complained that the police could have subdued him far less violently. “He was sick, and he did things that were strange, but it’s not right to shoot him so many times,” said Mochie Klein, 28, one of the protesters.[11]

(There are, of course, numerous differences between the two cases, as there always are.)

While sixteen-year-old Bryant was a minor under secular law, she was an adult according to halacha. But even a minor who is threatening someone’s life may be killed. Although the Talmud records a dispute over whether a minor is subject to being killed as a rodef,[12] the halacha follows the view that he is.[13]

[4]The Talmudic phrase “nitan lehatzilo” may refer to saving either the nirdaf from death or the rodef from the perpetration of murder. See Tosafos Sanhedrin 73a s.v. Lehatzilo; Hagahos Vechidushei HaRashash ibid. 49a, and see Rambam cited in the previous note.

[6]See Yad Hachazakah Hilchos Rotzeiach Ushemiras Hanefesh 1:13; Kesef Mishneh ibid.; Tur, Bais Yosef and Bedek Habayis C.M. siman 425 (the discussion of rodef has been omitted from some editions of the Tur due to its sensitive nature); Mishneh Lamelech and Ma’asei Rokeach ibid.

[9]Merushka Bisetty. Ma’Khia Bryant didn’t have to die. A technique called deescalation could have saved her. Vox. https://www.vox.com/first-person/22409527/makhia-bryant-deescalation.