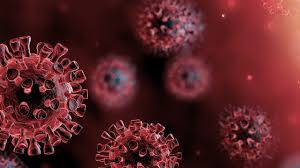 The Gemara states: “Four must offer thanks to Hashem.” One of these is “one who was ill and recovered.”[1] These thanks take the form of a korban todah, but in the absence of the Bais Hamikdash, Chazal instituted birkas hagomel in lieu of the korban.[2]

There are three opinions among the Rishonim as to what level of illness is sufficient to trigger the obligation:

The Acharonim cite a ruling of the Maharil that one who suffered from kadachas (fever or ague) must bentch gomel .[14] But the Biur Halacha says that although according to the second view an ordinary fever is sufficient, according to the third view a life-threatening fever is required.[15]

In light of the above, it is obvious that one who recovers from a severe, life-threatening case of COVID-19 would recite the bracha. The halacha is less clear regarding one who recovers from a mild case: On the one hand, the patient was not in any actual danger, and some Acharonim rule that one who avoided a thrown stone or evaded enemy pursuit does not recite the bracha, as it is only recited upon the experience of actual danger and salvation and not when the danger was avoided.[16] Other Acharonim, however, apparently disagree, ruling that hagomel is indeed recited by one who escapes potentially lethal injury when a falling rock narrowly misses him.[17] Similarly, some poskim assert that walking under a dangerously leaning wall would have obligated one in the bracha were it not for the fact that the event is transient and brief.[18] Moreover, in our case the patient actually did suffer from COVID-19, an inherently deadly disease, and his condition could have deteriorated, so perhaps he does recite the bracha[19].

May Hashem send refu’os veeshu’os to all cholei amo Yisrael.

The halacha may ultimately hinge on the infection fatality rate (IFR), as opposed to the case fatality rate (CFR), of the disease, a figure that has not yet been established with confidence. For a detailed exploration of this issue, see https://ourworldindata.org/coronavirus#what-do-we-know-about-the-risk-of-dying-from-covid-19. [20]The strict view is the position of Halacha Yomit – Halacha L’Yom Sheini 5 Nissan [5]780 (retrieved 21:36, Apr 20, 2020). Cf. R’ Noam Dvir Meisels, Ha’im Choleh Corona Shehechelim Tzarich L’varech Hagomel.

[21] R’ Chaim Kanievsky was reported to have ruled that a survivor of COVID-19 should recite the bracha only if his life was in danger. (I am indebted to my wife for bringing this to my attention.)