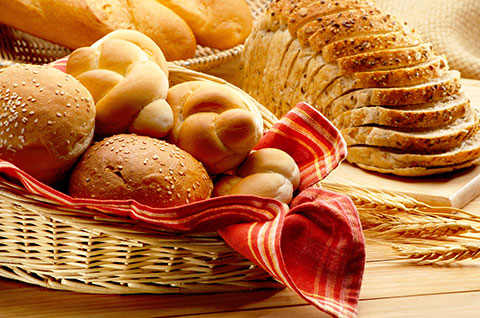 Mechiras chametz, the sale of chametz to a gentile before Pesach to avoid violating bal yeira’eh uval yimatzai, appears in the Mishna and Tosefta. But for most of Jewish history, it was employed only in exigent circumstances. Decrees in Europe four centuries ago that banned Jews from most professions led to a state where the Bach, writing in 1630s Poland, observed (O.C. 448:3) that most Jewish commerce was in liquor. As a pre-Pesach fire sale of a producer’s entire inventory would mean financial ruin, the Bach permitted a distiller to sell his supply to a gentile before Pesach, without physical transfer, and then buy it back after Yom Tov—provided he also sold the warehouse and gave the buyer the key.

By two centuries ago, the current practice, in which selling chametz to a gentile through one’s Rav is a standard part of Pesach preparations, was taking shape.

Despite this, we all still burn chametz on Erev Pesach. Why can’t we employ mechiras chametz to fulfill the mitzva of biur chametz?

There is a dispute between Rabbi Yehuda and the Chachamim in the Mishna (Pesachim 21a) whether the mitzva of tashbisu s’or mibataichem requires burning, or if crumbling chametz and dispersing it in the wind or tossing it into the sea suffices. The basic Halacha follows the view of the Chachamim that any means of destruction is valid, although the minhag is that fire is preferred. (For this reason, when Erev Pesach falls on Shabbos, we flush chametz down the toilet.) Wouldn’t a sale to a gentile also fulfill the mitzva?

The Minchas Chinuch (9) famously ponders whether one who owns no chametz must acquire some in order to destroy it on Erev Pesach. Does tashbisu require an act of elimination, or simply that one not possess chametz? He concludes that the Torah mandates an act of hashbasa.

But does hashbasa require physical elimination, or would a legal act that removes the chametz from its owner’s possession be effective?

The Rishonim say that one could fulfill the mitzva of tashbisu with bitul. And they say—with the notable exception of the Ran—that bitul means making one’s chametz ownerless.

So if bitul, wherein the chametz is untouched but its ownership is changed, constitutes tashbisu, why wouldn’t selling it to a gentile qualify as well?

It would appear that the answer is this: Tashbisu requires that one treat his chametz as worthless, something he no longer values. (See, for example, the bitul formula, in which we declare that our chametz “should be batel and be ownerless like the dust of the earth.”) Both physically destroying chametz and relinquishing ownership of it via pronouncement demonstrate that the chametz no longer holds value for its owner. But selling would indicate the opposite. Offering an item for sale shows that the seller values it and expects that others will do so as well. He sells his chametz to exchange it for another valuable commodity, money. One who sells his chametz certainly won’t violate bal yeira’eh uval yimatzai, because he no longer owns it. But neither will he fulfill tashbisu if it requires an eliminative act.

The Rashash (Pesachim 21b) suggests that one could fulfill tashbisu on Erev Pesach by eating chametz and letting his gastric juices consume it. But we don’t find that option mentioned by the Rishonim and Acharonim, and this could be the reason: Eating something does not demonstrate that one doesn’t value it, it does the inverse.

A similar argument is made by the Chasam Sofer. The Tosefta (Pesachim 2:12) discusses the case of a man who finds himself on a ship before Pesach in possession of chametz. Were he to destroy his chametz provisions, he would starve before reaching land. The Tosefta says he should sell or gift it to a gentile passenger, but it adds the caveat (per the text of the Geonim) that one must not engage in pretense; the sale must be real. The Tevu’os Shor (Bechor Shor, Pesachim 21a) offers a novel understanding of contemporary mechiras chametz: It is indeed ha’arama, a pretense, but because bitul eliminates the possibility of Biblical violation (Pesachim 4b, 10a), the prohibition of chametz is only mideRabbanan, and a ha’arama-based sale is sufficient on the deRabbanan level as a reinforcement of one’s bitul. The Chasam Sofer rejects this understanding, arguing, as above, that the sentiment that underlies sale is the opposite of that behind bitul: Bitul means I don’t value the chametz, selling means I do. The sale of one’s chametz, far from  fortifying his bitul, would undermine it.

May all of Klal Yisrael enjoy a chag kasher v’samayach.