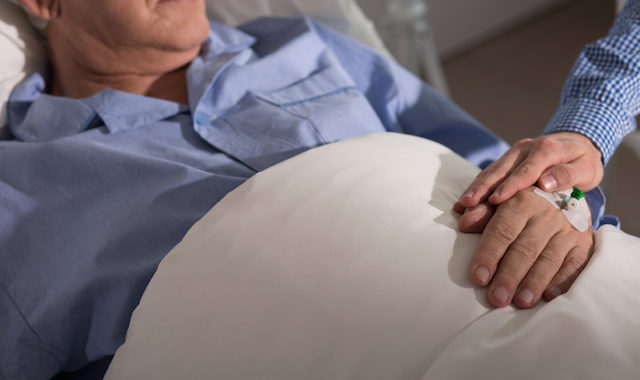 And Hashem appeared to him in Elonei Mamrei, and he was sitting at the entrance of the tent in the heat of the day.

According to the Midrash, Hashem visited Avraham following his bris milah to perform the mitzvah of bikur cholim. Although the Rambam (Hilchos Avel 14:1) states that bikur cholim is considered a mitzvah derabanan, he writes that it also fulfills the mitzvah d’Oraisa of loving another Jew (v’ahavta l’reiacha kamocha).

The Gemara (Nedarim 39b) explains that bikur cholim consists of two different elements: taking care of the patient’s physical needs, such as cleaning, food, clothes, and medical care, and the spiritual element, which includes sharing in his suffering and davening for him. In fact, the Ramban states that one who visits the sick but does not daven for him does not fulfill the mitzvah properly.

This spiritual component may also explain why the Gemara (ibid.) needs to state that the mitzvah applies even to a prominent person visiting a less prominent one. Although certain other financial mitzvos do not apply when it is beneath one’s dignity (e.g., returning certain lost objects), the Ahavas Chesed (3:3) explains that the Gemara  teaches that bikur cholim applies in all cases. This may be due to the spiritual component, which goes beyond a regular mitzvah bein adam l’chaveiro (interpersonal mitzvah).