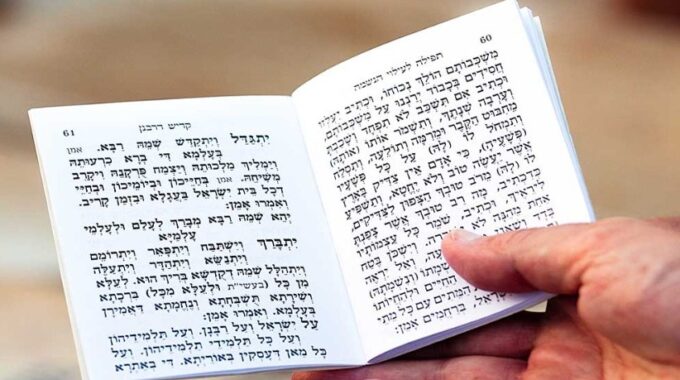 Excerpted and adapted from a shiur by Rav Yehoshua Sova

For I know that after my death you will surely become corrupted and deviate from the way that I commanded you, and the evil will befall you at the end of days, if you do what is evil in the eyes of Hashem, to anger Him with the work of your hands.

The Tzror Hamor explains that Moshe meant that he knew of his own accord, not through nevuah, that the people would sin. He said this so that the people would hope he was wrong and try to follow the proper path. Perhaps this is connected to the fact that the location of Moshe’s kever was not disclosed. Revealing its location could have turned it into an object of worship, and those who worshipped it would not be motivated to follow Moshe’s ideals and values elsewhere.

The Gemara (Megillah 23b) and the Yerushalmi (Brachos 7:3) both rule that kaddish may only be recited in the presence of a minyan (though they derive it from different psukim), and the Rambam and Shulchan Aruch rule accordingly. R’ Ovadia Yosef (Yechaveh Da’as 6:5) therefore writes that there is no basis to allow kaddish to be said at a grave without a minyan. He notes that the Sefer Chassidim writes that R’ Yehudah Hanasi returned to his home after he died to recite kiddush for his household (Kesubos 103b), because tzadikim are still considered alive even after death. If so, R’ Ovadia writes, perhaps a tzadik can be the tenth man for the kaddish said at his grave. But he rejects this premise, arguing that one cannot derive novel halachic principles from divrei agadah. He also suggests that Rebbi was only able to perform a mitzvah because he returned in an earthly body.