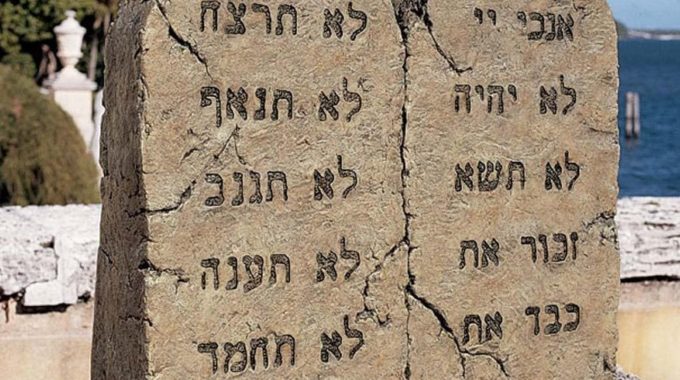 Honor your father and mother as Hashem your G-d commanded you, in order that your days will be lengthened and it will be good (yitav) for you…

The Gemara (Bava Kama 54b) says that R’ Chanina ben Agil asked R’ Chiya bar Aba why the word “tov” (i.e., yitav) appears in the second aseres hadibros but not in the first. R’Chiya responded that before he asks why the word tov is used, he should ask whether it is used.

Tosafos (Bava Basra 113a, s.v. tarvaihu) explains that the Amora’im were not always expert in the psukim. How is this possible? Similarly, Tosafos asks (Megillah 22a) how the maftir for Pesach (beginning on Chol Hamo’ed) starts with “vehikravtem” (Bemidbar 28:19), as this pasuk is the third in the paragraph, which the Gemara says is not allowed. But the Maharil (159) points out that “vehikravtem” is actually the fourth pasuk, and even if the Amora’im did not always know the order of the psukim, how could Rishonim not know them? The Maharil’s question, too, is difficult, because why would Rishonim be expected to know more than Amora’im?

Perhaps we can answer these questions based upon the Gemara (Gittin 60b) that it is forbidden to recite psukim by heart. Since the Amora’im were forced to look up every pasuk, they did not commit psukim to memory. As for the Maharil, we can answer that according to Tosafos (Bava Kama 3a), the issur to say psukim by heart was lifted before his time (due to eis la’asos laHashem).[1]

[1] The concept of eis la’asos laHashem is that in specific cases, Chazal may rescind a prohibition in order to preserve knowledge of Torah among the Jewish people. However, Tosafos here is applying the concept in a slightly more expanded manner than the Gemara in Gittin. For other opinions, see Tur and Bais Yosef (O.C. 49).